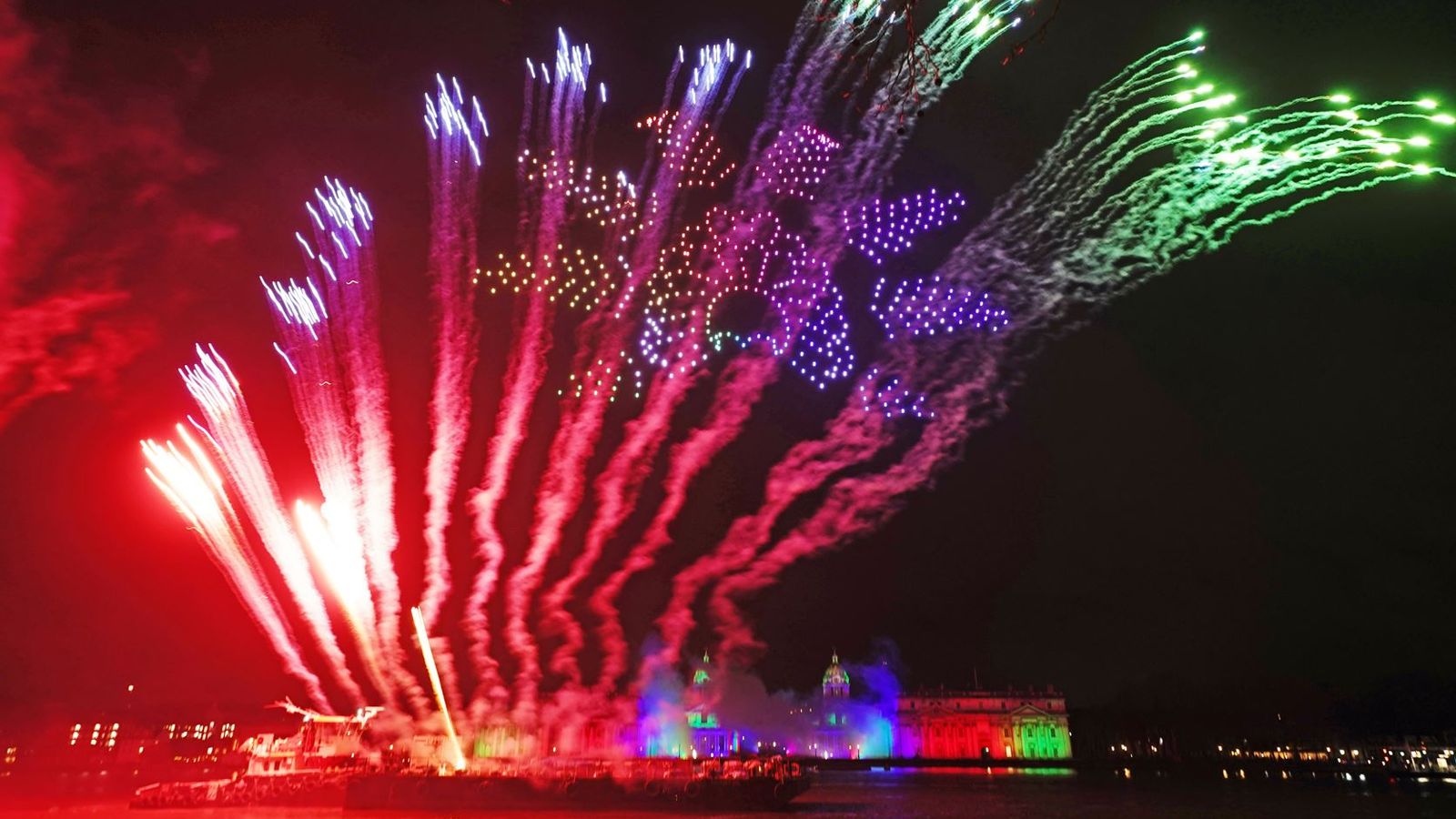 The UK’s “spectacular” began with a countdown to midnight on the Shard, before a monologue took place following a scattering of fireworks on the Millennium Bridge.

The speech walked through the UK’s achievements this year, including the successes of the Tokyo Olympics and Emma Raducanu’s win at the US Open.

Cameras then cut to displays at the Old Royal Naval College in Greenwich, where an impressive drone show took place amid a dazzling display of colourful fireworks.

Later, the West End musical choir performed a medley of ABBA songs inside the Globe Theatre.

And then we returned to Greenwich for a short ode to Sir Elton John and a stunning pyrotechnic display set to music.