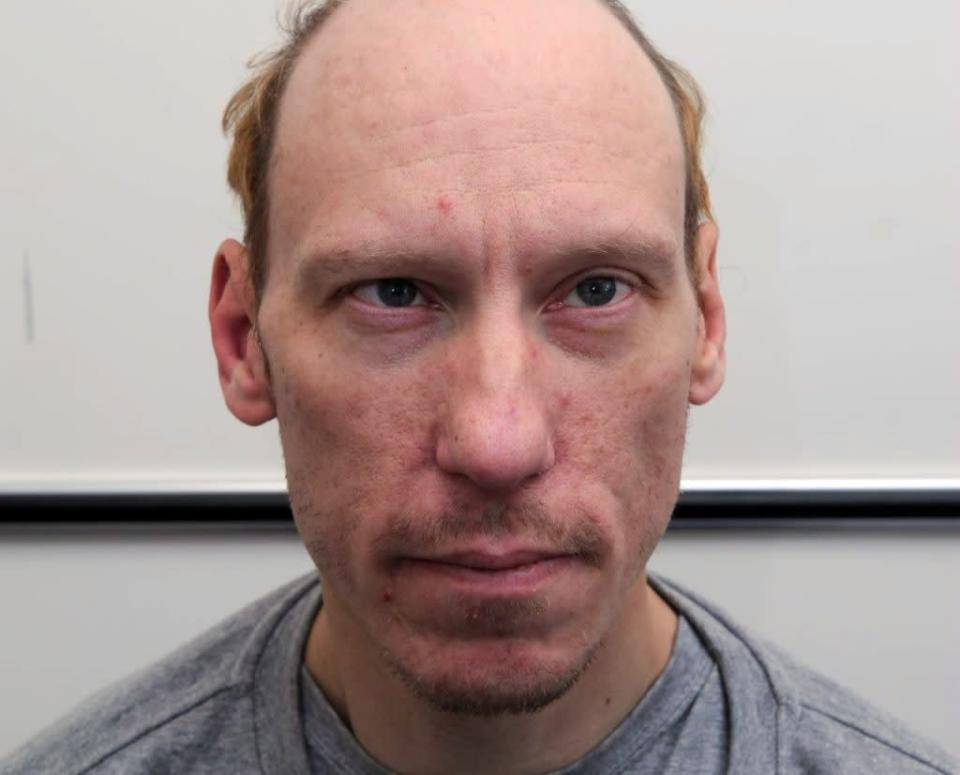 The crimes of Stephen Port, who murdered four young men, and police failings to investigate the deaths have left a lasting legacy of fear on the UK’s LGBT+ community.

He targeted his victims on queer dating apps, drugged, raped and killed them before disposing of their bodies near his home in East London.

The Central Criminal Court sentenced Port to life in prison in 2016.

In the years that have elapsed, families, friends and loved ones of Ports’ victims have continuously criticised how the Metropolitan Police investigated their deaths.

Last month, a searing inquest revealed there were “failures which cannot be overlooked” when it came to police handling of the investigation. The inquest jury found police failings in the investigation into the death of Walgate, Port’s first victim, “probably” contributed to the deaths of Port’s further three victims.

And now, gripping BBC drama Four Lives seeks to “maintain social pressure” on the Met Police and remind the world about the families’ push to get the police to investigate the men’s deaths as suspicious.

Stephen Port was born in Southend-on-Sea, Essex, on 22 February, 1975. He lived there for the first year of his life, before moving to Dagenham, East London.

At 16, he went to art college, but it became too expensive for his parents to afford, and so he trained to be a chef instead. He once appeared on an episode of Celebrity Masterchef.

He came out as gay when he was 26-years-old, Sharon said, and their mother had taken the news badly.

At the time of his crimes, Port lived alone in a flat in Barking, East London, and was working as a chef at a bus depot.

According to his neighbour, he often exhibited child-like behaviour, including an “obsession” with Transformers and trips to Toys R Us.

Stephen Port found his victims on dating apps, including Grindr

Giving evidence at during the inquests, DI Mark Richards described how Stephen Port had an “absolutely incessant” obsession with “drug rape” pornography.

When dating apps became more popular in the early 2010s, Port began trying to make his twisted fantasy a reality.

Port used dating apps like Grindr to seek out young gay men, before bringing them back to his apartment for sex. The encounters soon became violent.

For example, one victim said during Port’s trial that in 2012, when he was a teenage student, he met Port on Grindr and went back to his Barking flat.

Port offered him a glass of wine, which he remembered “tasted bitter”, and he noticed that there was “sludge at the bottom of the glass”.

This “sludge” turned out to be the date-rape drug GHB. The victim fell unconscious, before briefly waking while Port was raping him.

He lost consciousness again, and in the morning Port behaved as if nothing had happened.

On another occasion, in 2014, Port drugged another victim, a Muslim man in his early 20s.

Port gave him a “glass of water”, and he lost consciousness immediately, before waking up on the floor with his underwear having been removed.

He began to panic, so Port physically supported him to get him to Barking station, while the man continued “screaming and shouting”.

Eventually, they caught the attention of the police. Police noted that Port was “worried and jittery”, but he claimed that his victim had been intoxicated when he arrived.

The Grindr killer murdered four young, gay men before being caught by police

At 4.18 am on 19 June 2014, emergency services received an anonymous call saying that a “young boy” looked like he’d collapsed on the street in Barking. When police and paramedics arrived, they found the boy dead.

The call had been made by Stephen Port and his body had been found outside Port’s house.

In a witness statement, Port told police that he had returned home to find the 23-year-old Anthony Walgate in the street and had tried to wake him before calling an ambulance.

After further investigation, police discovered that Port was lying, and that he had actually hired Walgate as a sex worker. They arrested him on suspicion of perverting the course of justice

Port eventually admitted that was the case and said that Walgate brought drugs with him, and had later stayed the night.

He said he left Walgate in bed, but had panicked when he returned home to find him unconscious. He said dragged him out into the street, worried that he would be implicated.

Police confiscated Port’s laptop, took his DNA, and tests later found that Walgate had the date-rape drug GHB in his system at the time of his death.

His death was still not treated as murder, and Port was released on bail.

Police never analysed Port’s computer at the time. But, according to the BBC, if they had they would have seen that on the same day he accessed Walgate’s online escort profile, he also searched for terms including “unconscious boys”, “drugged and raped” and “guy raped and tortured young nude boy”.

Two months later, on 28 August 2014, a dog walker found the body of 22-year-old Gabriel Kovari in the churchyard at St Margaret of Antioch, Barking, right next to Port’s flat.

A little more than three weeks later, the body of 21-year-old Daniel Whitworth was found in the same churchyard by the same dog walker, with a “suicide” note taking responsibility for Kovari’s death.

Despite bruising under Whitworth’s arms which suggested his body had been manipulated, police treated neither death as suspicious.

Port was convicted of perverting the course of justice relating to Walgate’s death and was sentenced to eight months in prison.

Upon his release, in September 2015, a fourth man turned up dead, in the same churchyard where the bodies of Kovari and Whitworth were found. Again, police refused to treat his death as suspicious and concluded that it had been a drug overdose.

Finally, after extensive research by the friends and families of the victims which was highlighted to PinkNews, police were finally pressured to investigate the spate of deaths as linked.

During his trial, the media coverage of the “Grindr killer” prompted further victims of Port’s to come forward, which added seven charges of rape and four of sexual assault to Port’s four murder charges.

Port denied all charges against him, but was convicted and given a whole-life sentence for his crimes.

During their investigation and in the years since, police have been criticised for their handling of Port’s crimes.

The Independent Office of Police Conduct said previously it had found “systemic failings” in relation to the case, but none of the 17 officers involved faced further action for misconduct.

Nearly all of the officers had refused to answer questions in interviews with the police watchdog.

Neil Hudgell, a lawyer for families of the victims, said: “Their families have felt every single day of their absence. They have waited with great patience and conducted themselves with real dignity.

“Yet they’ve always wondered about whether there would have been a different outcome if the police had investigated Port properly and taken their concerns seriously, and if their boys hadn’t been gay.”