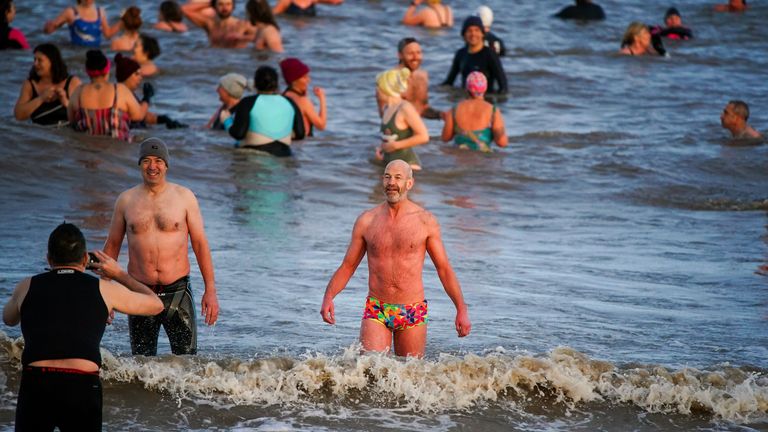 Today is the warmest New Year’s Day on record, with a temperature of 16.2C (61.1F) recorded in St James’s Park, London.

The provisional figure easily beats the previous record of 15.6C (60F), with the UK continuing to experience “exceptionally mild” weather.

The Met Office later announced that temperatures rose overnight in some parts of the UK, with Bala in Wales reaching 16.5C to make New Year’s Eve provisionally the warmest on record.

Although the higher temperature was reached overnight, the Met Office uses the 9am-9am time period for historical records.

“It is the first time since December 2016 that we have had three consecutive days reach 15C,” Met Office forecaster Craig Snell said.

“It has been a prolonged mild spell.”

Mr Snell added that the average temperature in December and the beginning of January is usually around 7C or 8C, and this year’s warmer temperatures have been due to a south-westerly wind making its way across the country.

He added that the higher temperatures are usually localised, but “plenty of places” have seen highs of 15C over December.

However, he said January could see a drop in temperatures.

Skate Update: Due to the effect of the on-going warm temperatures on the quality of the ice, we have had to make the difficult decision to also close our ice rink on 1 January. All customers are being contacted directly and given a full refund. 1/2

One victim of the warm weather has been the ice rink at Somerset House in London, which was closed today.

A Twitter account for Somerset House said the “difficult decision” was taken “due to the effect of the ongoing warm temperatures on the quality of the ice”.

Customers will be given a full refund.