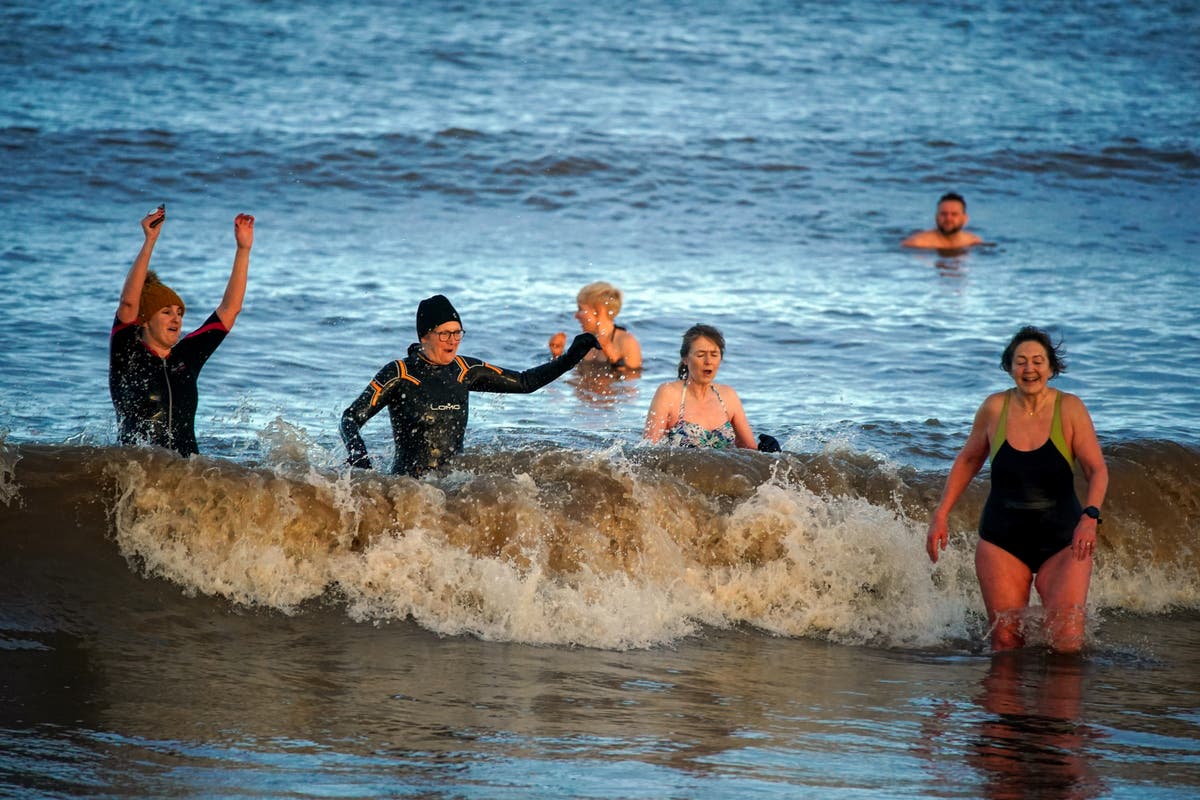 Thanks to warm subtropical air flowing from the Azores, temperatures topped 16C at a time of the year when they usually reach around 7C.

The Met Office said that 16.3C had been reached in St James’s Park, central London  meaning it is “likely to be confirmed” as a record maximum temperature for any New Year’s Day.

The current record temperature was 15.6C experienced in Bude, Cornwall, in 1916.

In a tweet, the Met Office said: “St James’s Park was provisionally the warmest location in England and the UK today 16.3°C is likely to be confirmed as a new #NewYearsDay record maximum #temperature Scotland & Wales provisionally also broke their NYD record max temps, with 15.9°C & 15.6°C respectively.”

Scotland’s previous highest New Year’s Day temperature stood at 14.5C in Inverurie, in Aberdeenshire, in 1992 – while the year 2015 saw the record in Wales of 15.1C in Hawarden and Prestatyn.

Met Office meteorologist Tom Morgan said: “The last couple of days have been exceptionally mild, both during the day and night-time.”

A spokesman said: “This makes New Year’s Eve 2021 provisionally the warmest on record.

“Despite this value occurring overnight, we use the 0900-0900 time period for historical records.”

Met Office forecaster Dan Stroud urged people to “make the most of the warm weather, because a change is on the way as we go into the early part of next week”.

People take part in a New Year’s Day dip in front of the Forth Bridge at South Queensferry, Edinburgh (Jane Barlow/PA) / PA Wire

He said: “We are going to be losing the sub-tropical air flow and replacing it with some things from the north.

“Temperatures will definitely go back to average, with a return of frost and some snow in the forecast across north areas and across the hills.”

People take part in a New Year’s Day dip in front of the Forth Bridge at South Queensferry, Edinburgh (Jane Barlow/PA) / PA Wire

The balmier-than-usual start to the year saw people happily take part in traditional New Year’s Day swims across the country – including at Derby Pool, New Brighton, Wirral, and in the Firth of Forth at Portobello Beach in Edinburgh.

People also enjoyed a dip in front of the Forth Bridge at South Queensferry, Edinburgh.

It has also led to  Somerset House in London, which shut down its ice rink again on New Year’s Day, saying it would not now open on Sunday “due to the on-going effects of the warm temperatures”.