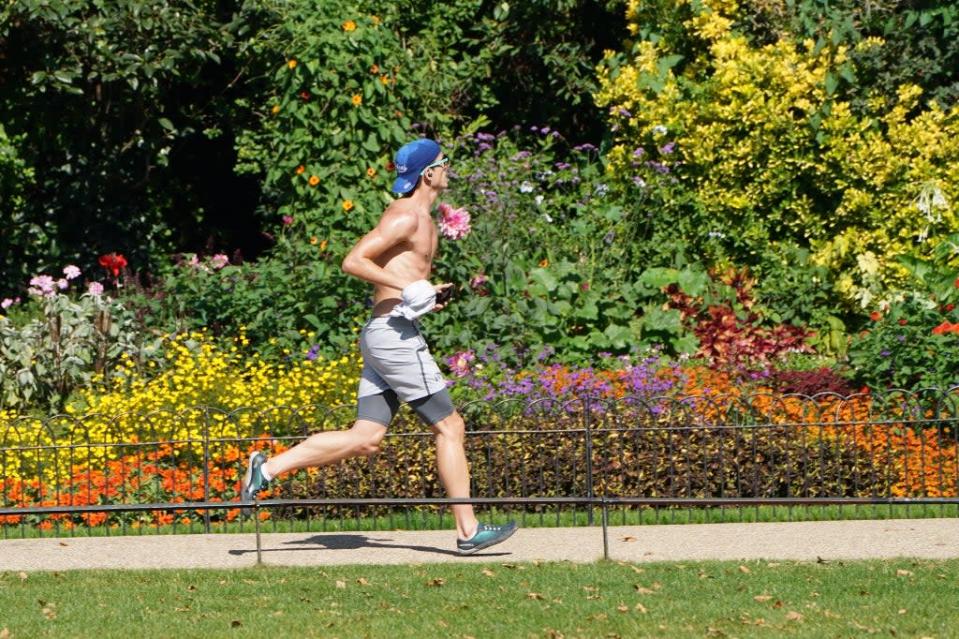 The Met Office has said New Year’s Day is provisionally the warmest on record after temperatures in St James’s Park in central London reached 16.2C.

The previous record temperature on New Year’s Day stands at 15.6C which was recorded in Bude, Cornwall, in 1916.

It comes after the forecaster announced that New Year’s Eve 2021 was the warmest ever after temperatures soared to 16.5C at Bala in Wales.

Met Office forecaster Dan Stroud urged people to “make the most of the warmth because a change is on the way as we go into the early part of next week”.

He said: “We are going to be losing the sub-tropical air flow and replacing it with some things from the north.

“Temperatures will definitely go back to average, with a return of frost and some snow in the forecast across north areas and across the hills.”

The warm start to the new year follows a mild December and record-breaking temperatures during the day on New Year’s Eve.

Friday saw temperatures reach 15.8C in Merryfield in Somerset and Nantwich in Cheshire, which beat the previous record of 14.8C.

Met Office forecaster Craig Snell said the average temperature in December and the beginning of January is usually around 7C or 8C, with the warmer weather due to a south-westerly wind making its way across the country.

The higher temperatures are usually localised, but “plenty of places” have seen highs of 15C over December, he said.

On Friday, Somerset House in London confirmed it would be closing its ice rink on New Year’s Day due to warmer temperatures.

A spokesperson for the attraction tweeted: “Skate update: Due to the effect of the on-going warm temperatures on the quality of the ice, we have had to make the difficult decision to also close our ice rink on 1 January.”