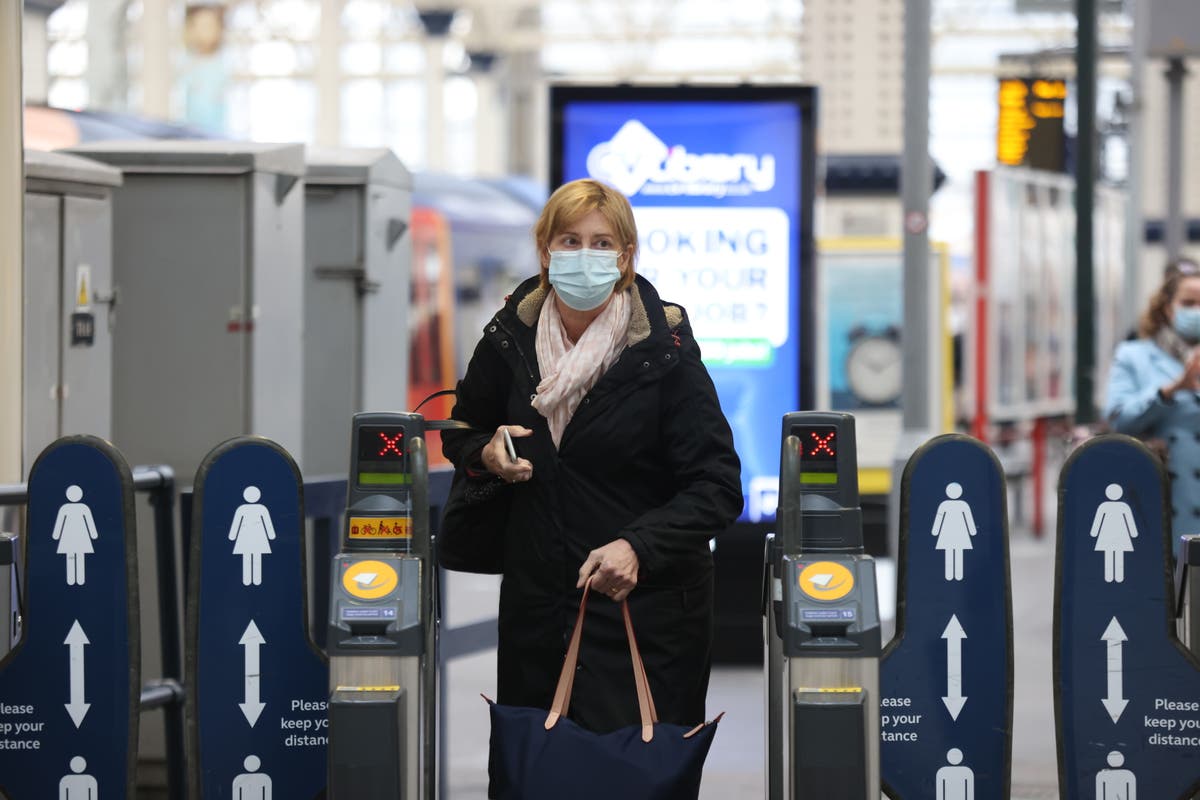 A record 2.3 million people in the UK had Covid-19 last week, the Office for National Statistics said.

The number is up from 1.4 million in the week to December 1. It is the highest number since comparable figures began in autumn 2020.

Despite this, NHS bosses reportedly do not believe the threshold for new Covid-19 restrictions have been met even though there has been an increase in hospital admissions.

However Chris Hopson, the head of NHS Providers, told The Times: “Although the numbers are going up and going up increasingly rapidly, the absence of large numbers of seriously ill older people is providing significant reassurance.”

Nearly 4,000 booster doses given out yesterday

A total of 397,554 booster and third doses of Covid-19 vaccine were reported in the UK on Thursday, new figures show.

More than 33.9 million booster and third doses have now been delivered in the UK, with 1.6 million in the past seven days.

Around 64% of all adults in the UK have now received a booster or third dose.

Hundreds of daily trains are being removed from timetables in an attempt to improve reliability following weeks of short notice cancellations.

At least eight operators have either already reduced frequencies on many routes or will do so in the coming days in response to pandemic-related staff shortages.

In recent weeks rail firms across Britain have axed trains at short notice due to staff self-isolating or unwell.

Many have responded by releasing condensed timetables in a bid to create more certainty about which services they can and cannot operate.

Rail minister Wendy Morton said: “While it is for operators to manage timetables, I continue to monitor the situation closely.”

A Covid-19 treatment called Paxlovid has been approved by the Medicines and Healthcare products Regulatory Agency (MHRA), the UK Government has announced.

The decision comes after the regulator found the drug was safe and effective at reducing the risks of being admitted to hospital and death in people with mild to moderate coronavirus infection, who are at an increased risk of developing severe disease.

Developed by Pfizer, Paxlovid is an antiviral medicine with a combination of active ingredients, PF-07321332 and ritonavir, that works by inhibiting a protease required for virus replication.

This prevents it from multiplying, keeping virus levels low and helping the body to overcome the viral infection.

The two active substances of Paxlovid come as separate tablets that are packaged together and taken together, twice a day by mouth for five days.

Health Secretary Sajid Javid said: “The UK has been a world leader at finding and rolling out Covid-19 treatments to patients. This is further proved by the MHRA being one of the first in the world to approve this life-saving antiviral.”

A third of Covid patients in NHS acute trusts in England are being treated for another condition primarily, new data reveals.

Of the 8,321 patients with coronavirus on December 28, 67% were being treated primarily for Covid-19, and the remaining 33 per cent primarily for another condition.

This is down from 71% a week earlier and 74% at the start of December.

Record 2.3 million Brits test positive for Covid in a week

An estimated 2.3 million people in the UK had Covid-19 in the week ending December 2 – the highest on record.

This was up from 1.4 million in the week to December 16, making it the highest number since comparable figures began in autumn 2020, the Office for National Statistics said.

The ONS said the highest infection levels were seen in London, where an estimated one in 15 people had Covid during that week.

Around one in 25 had coronavirus in that week in England, said the statistics body.

COVID-19 infections compatible with the Omicron variant continued to increase rapidly across all four regions of the UK, it added, with Omicron now the most common variant in England and Scotland.

The Government should call an emergency Covid Cobra meeting over rising NHS staff absences, the Lib Dems have said.

The number of NHS hospital staff in England absent due to Covid-19 has nearly doubled since the start of the month, new figures show, to 24,632 as of Boxing Day.

She called on the Prime Minister to call a Cobra meeting “without delay” because “our NHS is in desperate need of support”.

She added: “It really is now or never for the Government to get a handle on a crisis that is quickly spiralling beyond their control.”

The UK has approved a new Covid treatment which has been found to reduce the risk of hospitalisation and death for vulnerable people from the virus.

The treatment, called Paxlovid, can reduce the risk of hospitalisation and death by up to 89% in high-risk adults with symptomatic COVID-19 infection, a clinical trial found.

This was compared to a placebo group, when the treatment was started within three days of symptoms.

Because Paxlovid can be taken by mouth, it means the treatment can be started at home rather than in hospital.

“I hope the announcement today gives reassurance to those particularly vulnerable to COVID-19, for whom this treatment has been approved,” said Dr June Raine, chief executive of the regulator, the MHRA.

Hundreds of trains are being removed from timetables in a bid to improve reliability after many cancellations of Covid staff shortages.

At least eight operators have already reduced their frequency on many routes or plan to do so as Covid isolation rules hit workforces.

It comes as the major RMT union said it was going ahead with a strike on New Year’s Eve affecting CrossCountry services, causing the majority of its services to be cancelled.

He continued: “Some rail companies are introducing amended timetables owing to much less demand for train services.”

More than 4,500 NHS staff absent from London hospitals over Covid

A total of 4,580 NHS staff at hospital trusts in London were absent for Covid-19 reasons on December 26, according to the latest figures.

The total includes staff who were ill with coronavirus or who were having to self-isolate.

The head of NHS Providers has warned that more restrictions may be needed at pace if the evidence requires it.

Chris Hopson was quoted in the Times newspaper on Friday as saying that NHS Trusts understand why no new restrictions are coming into force in England, under the headline ‘No need for more Covid curbs, say NHS chiefs’.

But Mr Hopson struck a more cautious tone on BBC Radio 4, saying the NHS doesn’t know if a surge will come.

“I think we are in exactly the same place we’ve been for the past fortnight, which is the Government needs to be ready to introduce tighter restrictions at real speed should they be needed,” he said.

“And just to make the point that that is somewhat different to a headline that states NHS leaders think there is no need for more curbs – they may be needed at pace if the evidence warrants it.”

Because there is a delay between restrictions having an effect on hospitalisations, he added that “the pattern of hospital admissions for the next fortnight has already been set.”

ITV Anne: Maxine Peake on her ‘soulmate’ partner and the one thing they never argue about