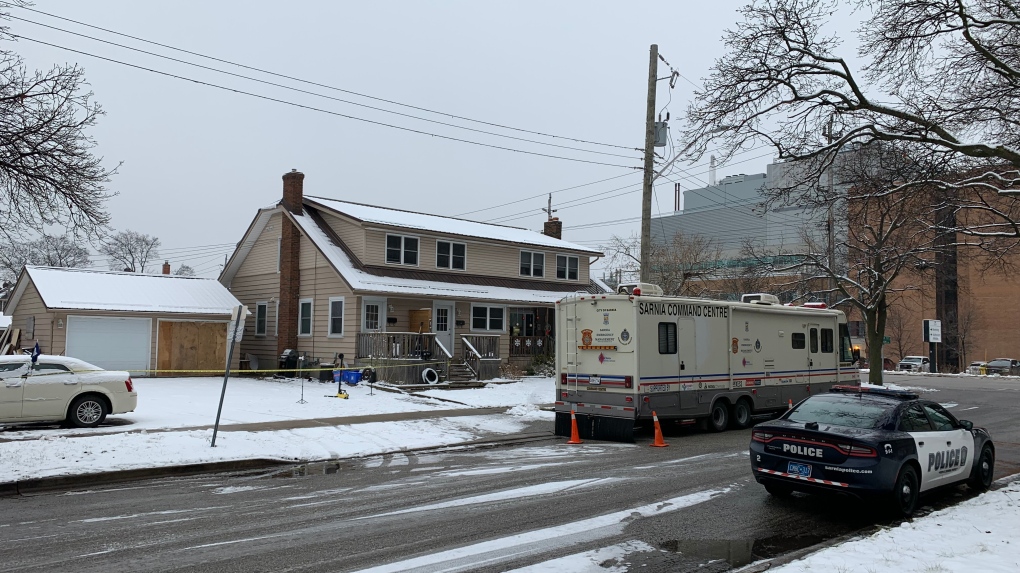 A joint investigation is underway after two deaths were discovered, one at a residence on Watson Street in Sarnia and another at an address on Crooked Road in Enniskillen Township.

Sarnia police began an investigation at a multi-unit home at the corner of London Road and Watson Street on Tuesday afternoon around 3:45 p.m.

The rear of the property was cordoned off with yellow tape, along with a back door. Jim Bell, who lives in the building, tells CTV News London that all the police activity has taken place in a basement apartment.

“The only thing we thought we heard a big battering ram open up the back door. That’s all we heard, me and the other neighbour. The police asked us to stay away from back there. They’ve been there since yesterday afternoon,” Bell said.

Bell said he’s being kept in the dark about just what happened, and the nature of the police investigation.

“It’s a little unnerving that something that serious could have happened right there in the basement apartment,” he said.

Sarnia police have asked the public to stay away from the area until further notice and the investigation is expected to last for the next several days as officers gather evidence.

In the meantime a second death investigation is underway after Lambton OPP responded for a suspicious person on Crooked Road, southeast of Oil Springs, Ont. around 2:30 p.m. Tuesday and located human remains.

Police are not saying how the deaths are related and no names or genders of the deceased have been released. The Coroner’s Office has been called in to assist with the investigations.

OPP say an individual is in custody and there are no concerns for public safety at this time.

‘Energy costs could be the breaking point’: UK’s small businesses being pushed to brink | Small business