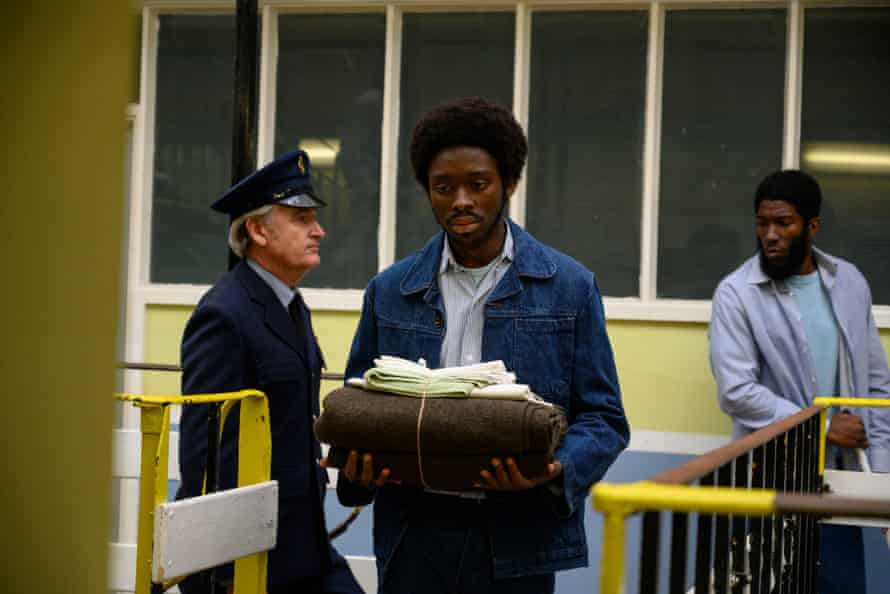 It was June 1981 and I was 18. I stood in the dock at Camberwell Green magistrates court in south London. I was just about to receive my sentence for my role in the Brixton uprising of that April, after being arrested for assaulting a police officer. Ignoring the summary of my case, I stared into the public gallery. Relatives of the other six accused sat there in quiet, hopeful silence. I imagined they were mums, dads, aunts, uncles, siblings and grandparents. But not one belonged to me.

I studied their faces, trying to comprehend what it might be like to have someone of your own blood supporting you. I tried to picture what my own parents looked like and what they might feel as I was handed down my sentence. If my mother were present, would she be weeping? I barely heard the 12‑month custodial term being given to me.

As I glanced at my fellow accused, I suddenly became very resentful. I guessed they would be visited by relatives wherever they were sent. For me, there was no one. Not even a second cousin.

There were numerous times I had felt isolated, especially growing up in the notorious Shirley Oaks children’s home in Croydon, after being abandoned by my father when I was two. But I had never felt so alone as in the moment I peered into that public gallery at the court. No one gives a fuck about you, Alex.

They took me away in one of those security vans with the blackened windows. As I sat in my cubicle, I wondered if there were any quick and easy ways that I could end my pathetic existence. After being taken to a large holding cell near Lambeth Walk, I was driven to Wormwood Scrubs in west London. For some reason, the jangling of bunched keys and clanging of metal doors seemed much louder in the prison environment than anywhere else.

Sent down … Sheyi Cole as Alex Wheatle in the Small Axe episode about his life. Photograph: Parisa Taghizadeh/BBC/McQueen Limited

I was given my stiff prison uniform and escorted to my cell. They opened the door and pushed me inside. I closed my eyes, trying to ready myself for the suicide to which I had committed inside the prison van. The closing door resounded behind me.

Opening my eyes, I saw that I would be sharing my cell with a Rastafarian who looked at least 20 years older than me. He introduced himself as Simeon and offered me a cup of tea. I declined and refused to speak to him. I wanted to be left to writhe in my own self-pity so I could devise a plan to end my miserable days.

But Simeon persisted in wanting to become acquainted. Besides, it is impossible to find your own space within a tiny shared cell. The tension between us became unbearable, especially as he had a diarrhoea issue.

Eventually, we came to blows. Or rather, he came to blows and I received them. At the conclusion of our fist-to-fist, I sat in a corner, bawling my lungs out. It was not so much because of the pain Simeon had inflicted, but because of the hard ache of childhood abuse and trauma. Up to that point, no doctor had ever described to me what a breakdown feels like, but I think I was very close to one.

Luckily, Simeon took pity on me and insisted that I tell him my story. During that long night, the stench of excrement climbing into my nostrils, I did.

He didn’t say much, but every now and again he nodded. He understood too well that I was disconnected from my roots, culture and people from the moment I was taken into care at two and a half. He took it upon himself to reconnect me. He pushed CLR James’s The Black Jacobins into my eager hands. “This will tell you ah liccle something about where you come from and where you stand in the struggle,” he said.

We discussed civilisations in Africa. He taught me about the continent’s kings and queens

Although my education had stalled, with numerous suspensions and three expulsions, I had always had the ability to read well. When I was five, I started to read the comics and magazines that were sometimes discarded on my dormitory floor. Little did I know that it was boosting my aptitude for the written word.

Any novel or text that Simeon fed me, I gobbled up. I read Dickens, James Baldwin, Richard Wright, Langston Hughes, John Steinbeck and so many others. Through reading, I discovered that I wasn’t alone in having a difficult start in life.

In the silence of the night, Simeon and I would discuss African civilisations. He would teach me about the continent’s kings and queens. He schooled me on the struggle for black liberation in South Africa, Angola, Mozambique and other countries. He introduced me to the life of Marcus Garvey and how he not only inspired the fight for equality for black people in the Caribbean, but also influenced the birth of the civil rights movement in the US.

Together, we would try to decipher Bob Marley songs. We would sing the Wailers’ Get Up, Stand Up and Dennis Brown’s Three Meals a Day. He would laugh at my impressions of the reggae artists Barrington Levy and Johnny Osbourne.

Simeon became a mentor and a father to me. I didn’t feel alone any more. I released the rope that I had clutched and held on to from the moment I gazed into the public gallery in court.

Just before I completed my sentence, Simeon instructed me: “Alex, your life, and all those of the underclass, is just as valuable as anyone else’s in this world; never forget that.”

With that mantra repeating in my head, I started to write. Initially, reggae lyrics and poems about my lived experience. My fables are essentially the tales of the underclass or, as we used to say in Brixton, the sufferah.

Whatever I achieve in this old writing game is down to the conversion I experienced under Simeon in Wormwood Scrubs. The stories are already there, sometimes going unnoticed, ignored or rejected. All I do is try to make them important.

I will be for ever grateful to him.

Alex Wheatle’s latest novel, Cane Warriors, is out now (Andersen Press, £7.99). To support the Guardian and the Observer, order your copy at guardianbookshop.com. Delivery charges may apply.

In the UK and Ireland, Samaritans can be contacted on 116 123 or by emailing [email protected] or [email protected] In the US, the National Suicide Prevention Lifeline is 1-800-273-8255. In Australia, the crisis support service Lifeline is 13 11 14. Other international helplines can be found at befrienders.org.