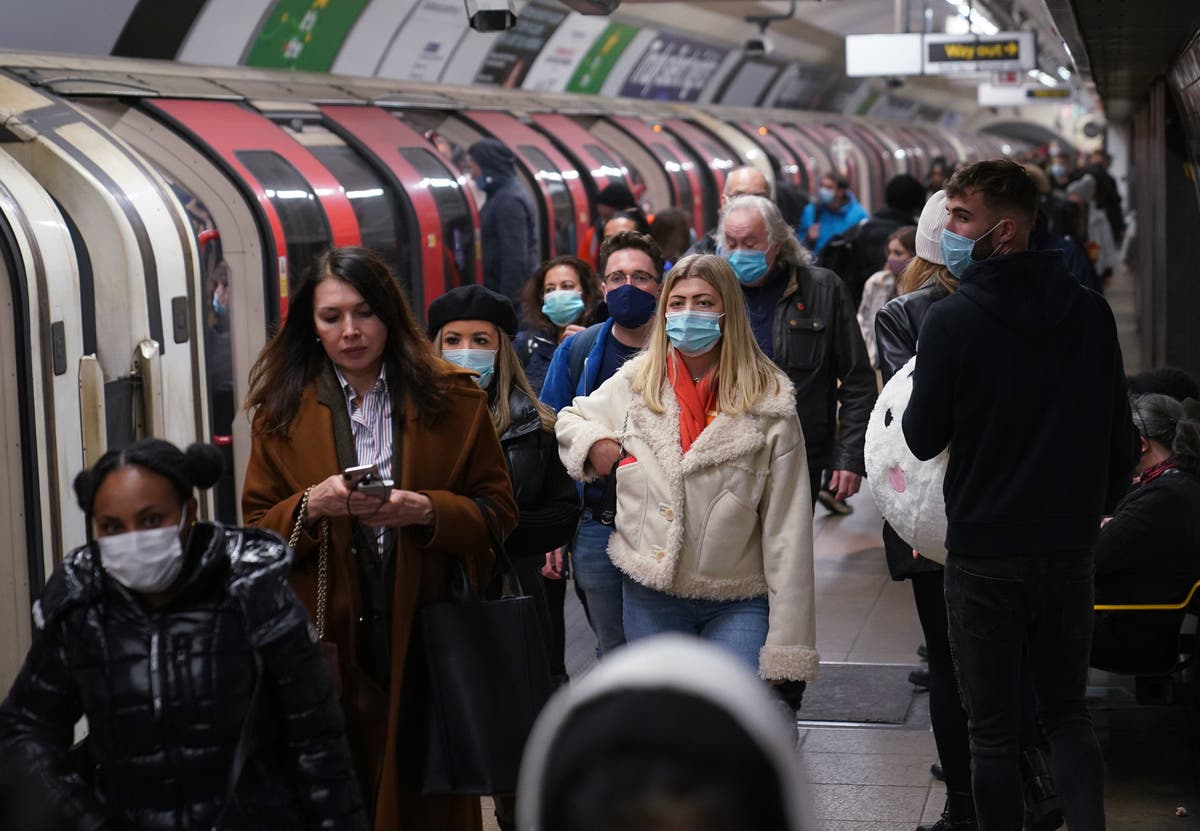 micron infections have become the dominant variant in London having sky-rocketed in recent days.

The mutation now accounts for more than 50 per cent of cases in the capital, according to initial analysis, taking over from Delta.

The number of coronavirus patients in London’s hospitals has also jumped to 1,360, the highest since early March when the city was coming out of the second wave.

The majority of them are understood to be not fully vaccinated, with nearly all the cases Delta so far.

While Omicron may be less severe for many people, especially the vaccinated, infections of this variant were estimated to have spiralled to 200,000 a day across Britain.

Amid the unprecedented fast spread, people were queuing for hours to get boosted at vaccination centres in London, including at St Thomas’ hospital and the Centre Court Shopping Centre in Wimbledon.

However, up to two million Londoners have not had any vaccine, leaving themselves vulnerable to the virus and the NHS to being overwhelmed which would impact on healthcare for millions of other people.

London’s public health chief Professor Kevin Fenton told The Standard: “Our latest monitoring of provisional data indicates that over 50 per cent of cases sent for further analysis in London are now Omicron, replacing Delta as the dominant variant.

“It is crucially important that Londoners get fully vaccinated with their first dose, second dose, and the all-important booster while we learn more about the clinical characteristics of Omicron and the potential impact on our hospitals.

“I want to thank Londoners for their immense response over the past couple of days in coming forward for their vaccines and protecting themselves and their communities. As a city we can do this.”

Appealing to the unvaccinated, Jeremy Hunt, chairman of the influential Commons health and social care committee, warned: “Don’t risk your life by not getting vaccinated.

‘People who have had the vaccine are ten times less likely to die from Covid.”

Sir John Bell, Regius Professor of Medicine at Oxford University, added: “The most important thing we could do is to get those people who have not been vaccinated vaccinated, that’s the thing that really grinds the system down.”

He also stressed that the incidence of severe disease, death and hospitalisation into intensive care had “dropped off a cliff” for the double-jabbed.

In other key developments:

The number of confirmed coronavirus cases in the capital spiralled to 11,791 on Monday, taking the total in the last four days to 40,275.

Mr Javid revealed on Monday that ten people were in hospital with Omicron, with one individual having died with the variant.

Most of these ten had received two vaccines and range in age from 18 to 85, though there are no details on whether they have underlying conditions.

Ministers have pledged to offer a booster to all adults by the end of the month.