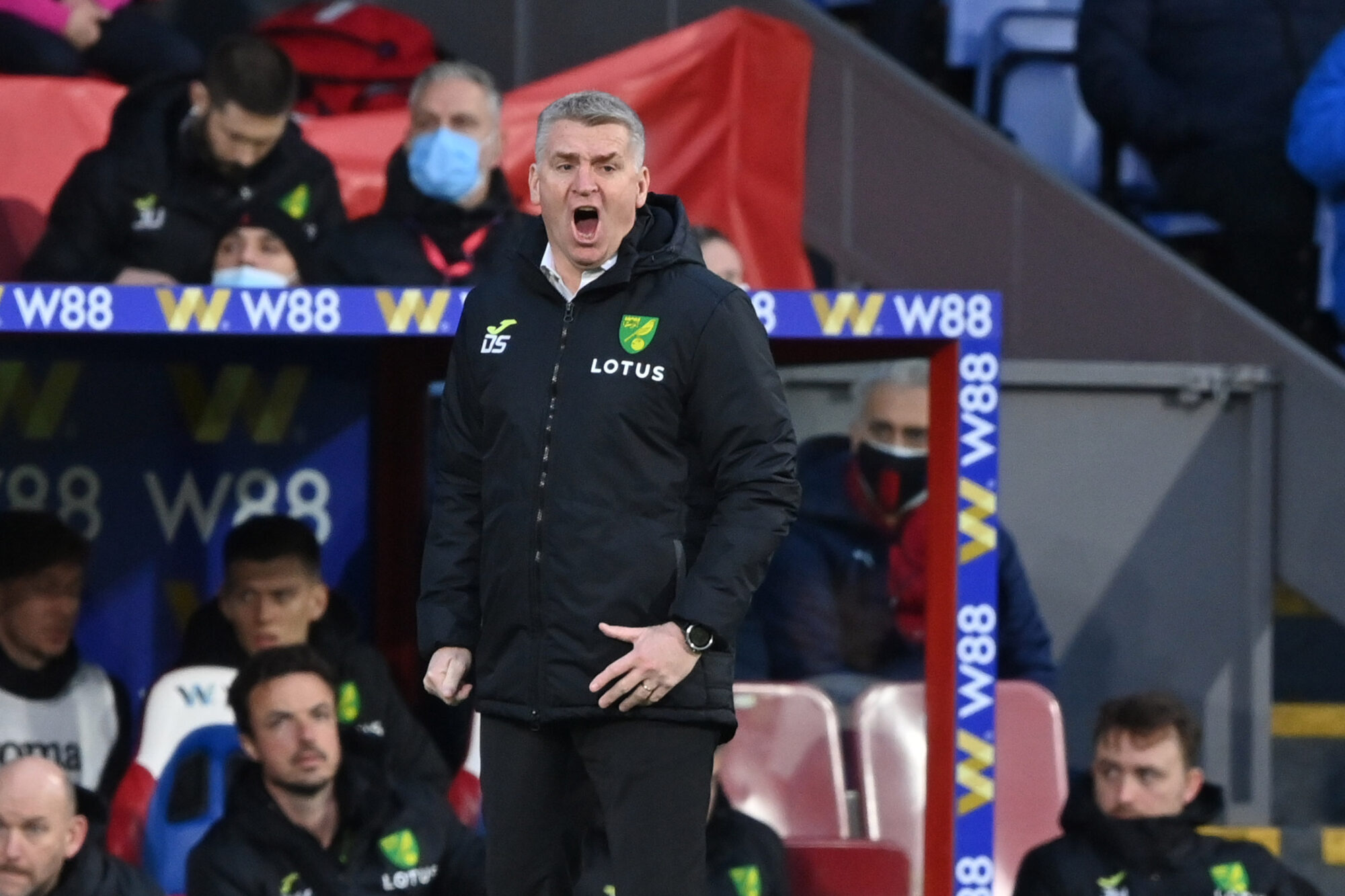 Norwich City manager Dean Smith felt there was minimal contact in the challenge which led to Crystal Palace winning an early penalty at Selhurst Park today.

The Eagles went ahead through an eighth-minute Odsonne Edouard penalty.

Referee Paul Tierney pointed straight to the spot, penalising Kenny McLean for a challenge on Will Hughes.

Smith said: “Does he make contact? Yeah – but he glances his foot. He doesn’t really do enough to knock the lad over. I can understand why it was given, so I’ve got no complaints.”

Jean-Phillipe Mateta made it 2-0 just 22 seconds after Norwich’s Jacob Sorensen failed to get any contact on a dangerous cross down the other end of the pitch.

“It was a pretty even game,” said Smith. “It changes on the 38th minute. We have a really good chance at the far post and he doesn’t get a good enough contact. They break and we don’t recover in good areas – they score a goal I don’t feel they should’ve. We should be blocking the shot.

“Naivety in our box for the third goal. They take five or six touches without anyone getting close to them and [Jeffrey] Schlupp smashes it across Angus.

“The squad has been decimated at the moment. Max [Aarons], Todd [Cantwell] and Teemu [Pukki] all pulled out yesterday with a mix of illness and injury. If it’s a fair competition then everyone should be playing within 48 hours.

“I said to the players at half-time that you need to go out and show some pride. I didn’t feel the first half was a 3-0 first half – it was the manner of the goals which were disappointing. Could we, and should we, have scored a goal today? Yeah, we should. We created more chances than we have done in a lot of games. At the moment we are just falling short.”