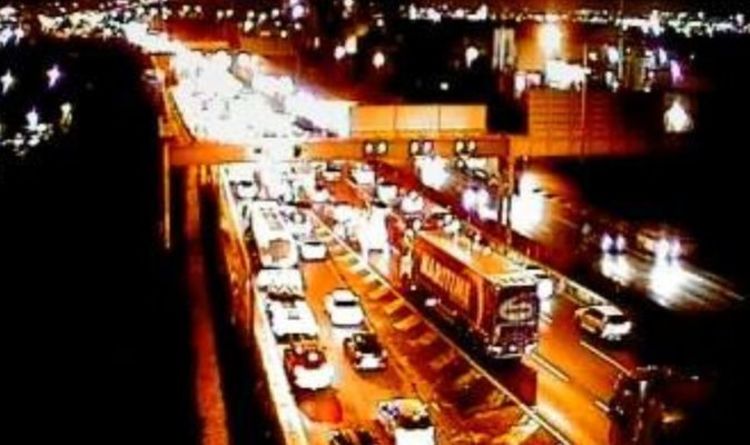 A collision at Junction 1 of the M25 in south London left two lanes closed and delays of 50 minutes. Meanwhile, a broken down vehicle A282 left one lane closed further up the road.

National Highways South East said: “A282 southbound, Dartford bridge, between J31 of the M25 and A296.

“Traffic was held due to a collision. Two lanes are now open.

“There is approximately three miles of congestion on the approach.”

By 8pm, it said that the lanes had been reopened and that traffic was moving across the Dartford Crossing.

There were 30 minutes of delays above normal travel times on the approach, it added.

A282 is what the M25 becomes when it crosses the River Thames in between Thurrock and Dartford.

National Highways said that the broken down vehicle had done so between Junction 31 on the north side and Junction 1.

Meanwhile, the collision had occurred to the south of the river, near the Bluewater shopping centre, before the A282 becomes the M25 again.