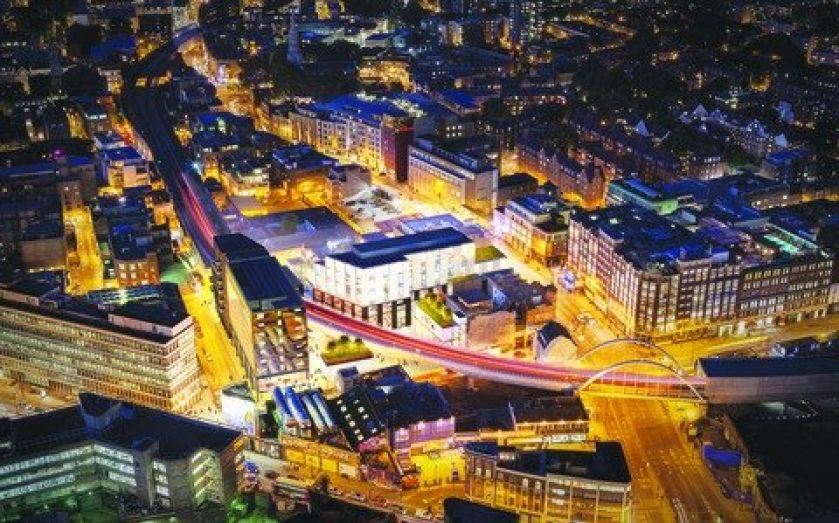 The UK tech sector looks back on its best year ever, raking in £26bn in venture capital, record London listings, more jobs and the number of British unicorns climbing to 116.

Success feeds cities outside London as Cambridge has become the leading regional tech city in the UK thanks to its combination of high levels of VC funding, venture capital rounds, advertised tech salaries, number of unicorns (tech companies worth more than $1 billion) and futurecorns.

Manchester was only narrowly beaten by Cambridge to the number two position, and Edinburgh, Cardiff and Belfast are also in the top ten for capital raised, showing how the tech sector has spread across all regions and countries in the UK, according to recent research for the government’s Digital Economy Council by Dealroom and job search engine Adzuna.

The number of jobs in Manchester increased by 164 per cent in 2021 and the highest advertised average salaries outside London were in Edinburgh – £58,405.

Exclusive: Recovery in full swing as corporate investment heads back to pre-crisis levels with key role for cash reserves

With more money than ever flowing into UK tech – £26bn this year, up 2.3x from last year’s figures of £11.5bn – almost £9bn of all VC invested went into startups and scaleups outside London and the South East and the regions are home to nine of the 29 unicorns formed this year.

Third of all tech investments in Europe

The £26bn raised by UK startups and scale-ups was nearly double the figure raised in Germany (£13.5bn) and is more than three times that raised by France companies (£8.6bn).

UK tech investment made up 35 per cent of the total £76bn that flowed into the European tech ecosystem this year.

The majority of the money coming into UK tech is from the US, with 38.2 per cent of all funding coming from the States, up from 31.5 per cent last year, with the majority of it going into fintech and health tech companies.

Over 28 per cent of UK venture funding came from domestic capital. Competition for deals among VC funds is heating up as more US venture funds launch offices in the UK, including General Catalyst, Lightspeed Venture Partners and Sequoia Capital.

Nine out of the 29 unicorns created this year are outside of London including Interactive Investor in Glasgow, Vertical Aerospace in Bristol and Touchlight Genetics in Hampton.

Of all the unicorns created in the UK, 35 per cent are outside of London and 35 per cent of futurecorns are also based outside of the capital, suggesting that the growth in tech in the regions will continue strongly in the next five years.

The publication of Lord Hill’s UK Listings Review in March helped to deliver a stellar year for London markets, with more than 100 companies choosing to list in the UK.

The London market hosted more than twice as many transactions as the next most active European market, with  £16.5bn raised through IPOs, and the 34 tech and consumer internet companies achieved a combined market cap of £30.9bn.

Standout performers such as Oxford Nanopore and Wise have demonstrated the significant appetite from investors for quoted high-growth companies and the positive momentum is set to continue into 2022.

The increased levels of money going into UK tech also mean companies are in need of trained technical and business staff.

There has been a 50 per cent rise in overall UK tech job vacancies advertised this year compared to 2020’s figures, with advertised tech vacancies hitting 160,887 in November.

Currently, tech vacancies make up 12 per cent of all available jobs in the UK, with just over 50 per cent of these jobs available outside of London and the South East.

Software developers are still the most in-demand tech job across the UK. These positions make up 9 per cent of all tech jobs with prospective developers being offered an average salary of £64,318, a 12 per cent increase on 2020’s figures.

Specialist staff such as java developers and IT systems architects continue to be able to command high salaries with the average advertised wage for these roles being £80,076 and £93,004 respectively.

The UK tech industry continues to lead the way when it comes to hiring practices since technical jobs are well positioned to be carried out remotely.

In fact, 21.6 per cent of all job ads in the IT sector are advertised as remote roles. This is also contributing to the spread of the UK tech ecosystem beyond London as businesses can hire across the country and find the staff that they need, regardless of location.

BBC The Sound of Music: Christopher Plummer’s tragic death after blow to the head and Julie Andrews’ moving tribute