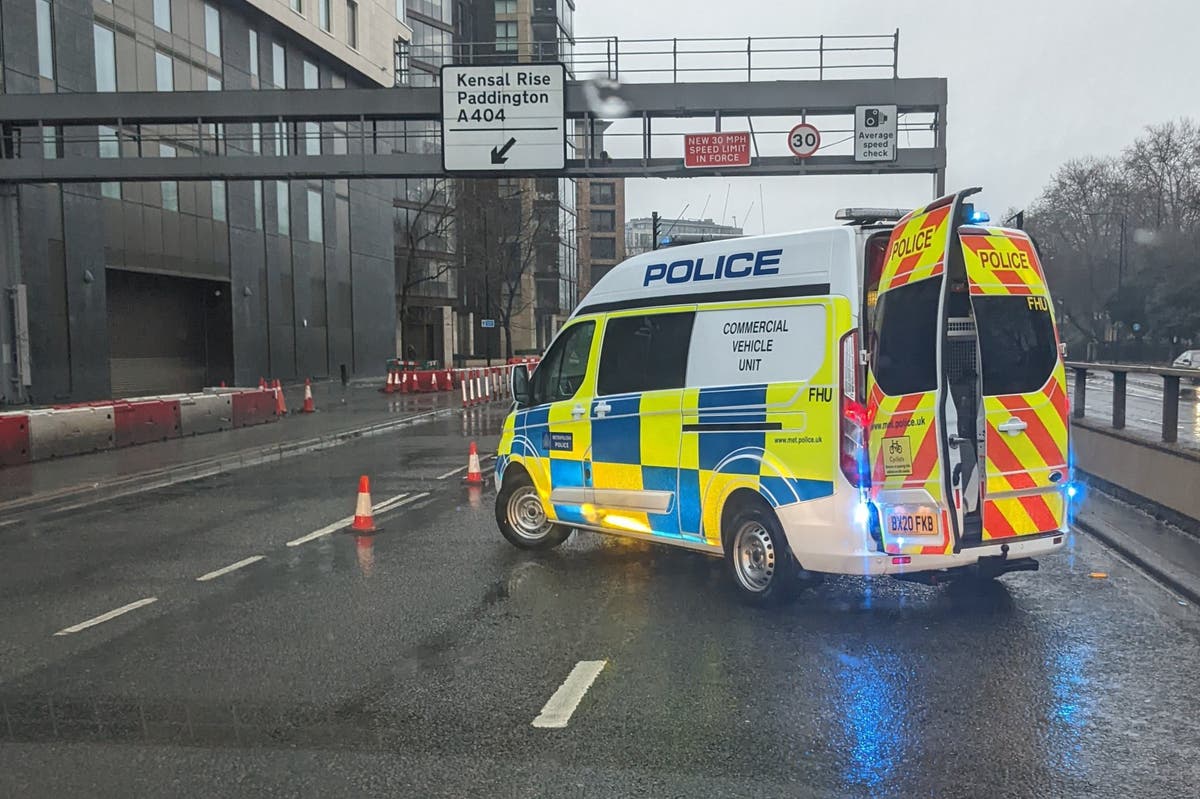 erious flooding in London could cause major travel disruption over the Christmas weekend.

A large part of the A40 Westway, which connects the Wood Lane flyover to the west side of the Marylebone flyover, has been closed with tailbacks being reported in the area as a result.

The road, which is used by more than 100,000 vehicles a day, is closed in the westbound direction.

The closures will allow TfL contractors to carry out urgent maintenance work due to problems caused by “serious flooding” over the weekend.

TfL said maintenance workers are attending several roads in London and they are using gully suckers to clear the excess water as fast as possible.

It comes as the Met Office warned of “persistent rain” in London over the Christmas weekend.

Chief Meteorologist Frank Saunders said: “The Christmas period will be unsettled for much of the UK this year. Many will see wet and cloudy conditions as mild air dominates the south and west of the UK.

“This contrasts with the cold air in the northeast, which brings that chance of some snow, most likely over the Pennines and the southern half of Scotland, and perhaps a little more likely into the early part of Boxing Day.

“Added to the mix is a strong easterly wind, especially in northern areas, which will make it feel particularly cold.”

Further heavy rain is expected from Morning morning with maximum temperatures throughout the day reaching 11C.

The A41 Hendon Way Northbound is currently blocked as a result of flooding and an accident that occurred between Pennine Drive and 1406 North Circular.

A TfL spokesperson said: “Due to heavy rain this morning, there was flooding in different areas across the capital, which had an impact on some of our services.

“We have been working hard with borough councils to minimise the impact and to open roads as quickly and safely as possible and apologise to our customers for any disruption.”

In October, parts of the country saw a month’s worth of rain in 24 hours with some 79 households flooded.

Storm Christoph and other recent storms in the past few years broke records for rainfall or river levels as well as the deadly flooding in parts of Europe this year.