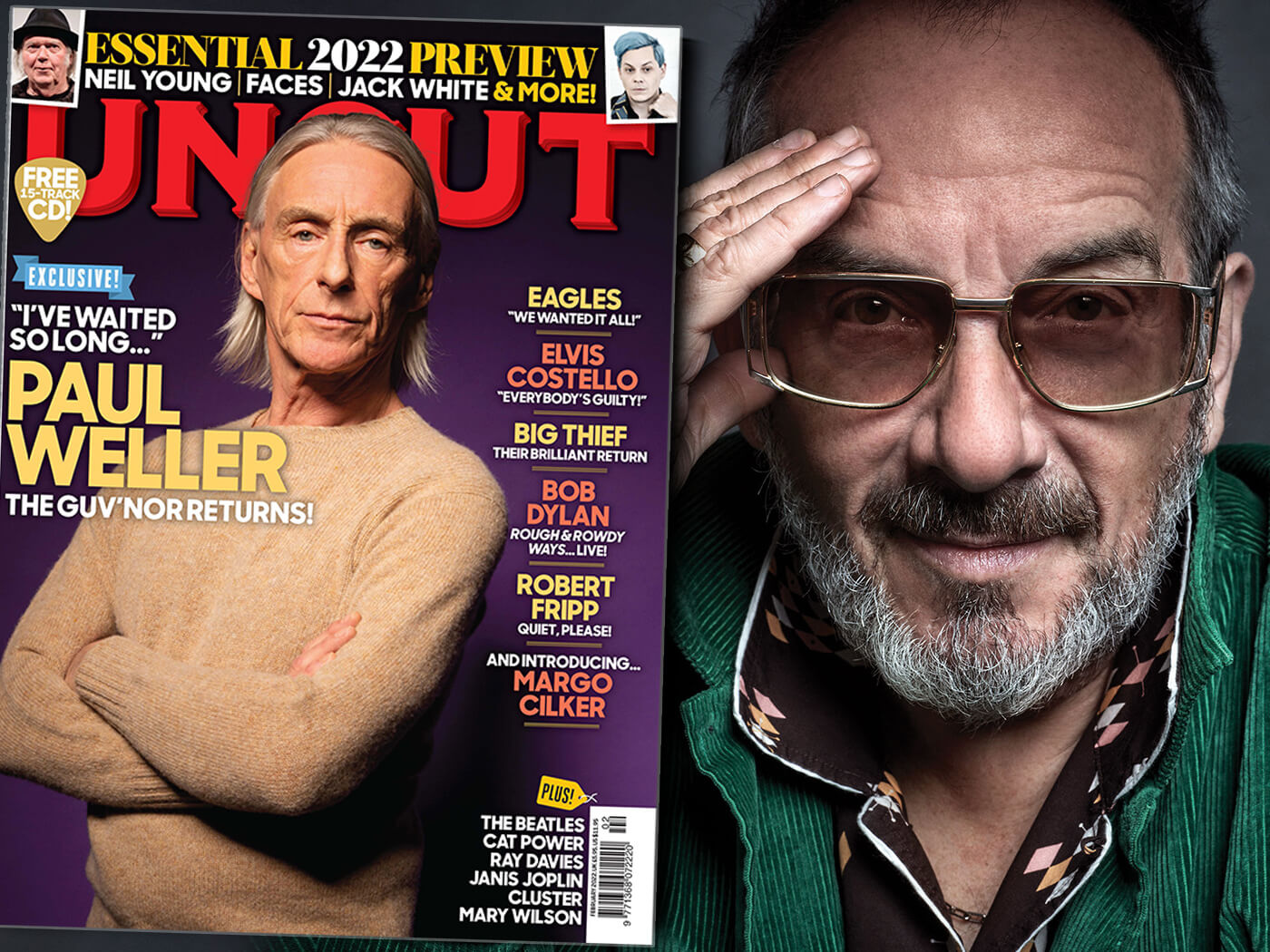 It is mid-afternoon and Elvis Costello is in full cry. A fast talker – and a fast thinker – he is currently winding up a typically digressive anecdote about his performance, the previous night, at the Royal Variety Show. “You know I was born in the same fucking hospital as the Royal Family?” He says. “Yeah, St Mary’s. But I was baptised in Birkenhead and our family’s from Liverpool, so I belong to both places. I don’t really belong to London. I left a long time ago. I never felt at home here. I lived out in the suburbs. I relate to Hounslow and Richmond and Twickenham and Liverpool and Birkenhead. You find places that you fall in love with when you travel. Nowadays, we all travel virtually. But I’ve been travelling for 40 years, making friends and having adventures.”

We’re in Costello’s hotel room in West London. Today he is dressed in a dark suit and tie which, combined with his glasses and greying beard, gives him a distinguished if slightly bohemian appearance – more affable Humanities professor than rock’n’roll veteran. His voice still carries a soft, Liverpool brogue, with a slight mid-Atlantic lilt occasionally making its presence felt. Costello’s latest adventure is The Boy Named If (And Other Children’s Stories) – a characteristically diverse album anchored by the kind of pell-mell rock’n’roll songs Costello has long specialised in. Made in cahoots with trusted lieutenants Pete Thomas and Steve Nieve and producer Sebastian Krys, its release marks an intriguing congruence in Costello’s career.

During the pandemic he oversaw four releases: a new studio album, Hey Clockface, an EP of French adaptations and remixes from Hey Clockface called La Face De Pendule A Coucou and two archive projects – a deluxe boxset of 1979’s Armed Forces and Spanish Model, a reimagining of This Year’s Model, using the Attractions’ original 1978 backing tracks with current Latin American and Spanish artists adapting the lyrics into Spanish. Conspicuously, Armed Forces and Spanish Model brought into focus Thomas and Nieve’s ongoing roles in animating Costello’s expansive songbook, as either Attractions or Imposters, along with bassist Davey Farragher. Costello speaks highly of the three musicians, particularly how they rose to the challenges presented by the last few years. “I’m proud of the way we went about doing this record,” he confirms. “You have a choice between hunkering down and doing mopey, whey-faced ballads about isolation or you can kick a hole in the box you’re in.”

Restless, passionate, involved – these appear to be Costello’s preferred working methods. You can hear the excitement in his voice as he talks about the band’s most recent American tour, during October and November, accompanied by Dylan’s long-serving guitarist Charlie Sexton. But these recent positive experiences have come with their share of upheavals. Costello lost his mother in January – “the last time I saw her was on FaceTime, 90 minutes before she passed; when it came it came quickly, and for that I’m grateful” – while over the summer Costello, his wife Diana Krall and their twin boys relocated from Vancouver Island to New York. “We moved from Vancouver the week that the wind direction changed,” he says. “The interior of Vancouver was on fire for like, four weeks, right? It was 47 centigrade in Kamloops. That’s how hot is in the Mojave fucking desert. I was in New York four days, then there was a hurricane. Two weeks later, there was another one. Three days after that, as COP26 write some mealy-mouthed words about coal emissions, the whole of British Columbia nearly gets washed away. Don’t fucking come round here telling me your problems. We better get it together otherwise we’re all gonna fucking die.”