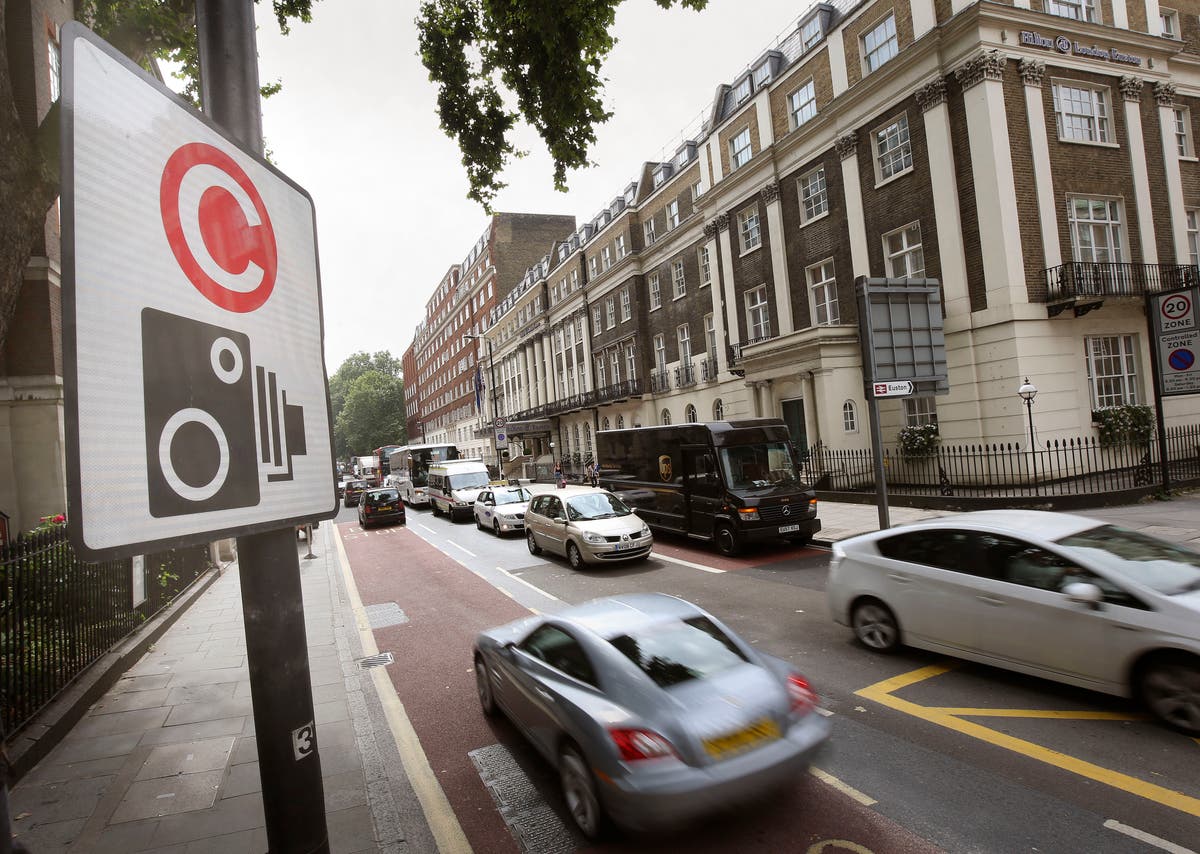 The Mayor also announced that the daily levy – which will remain at £15 – will not apply between Christmas day and January 3, its longest ever festive break.

His aim is to “support families and visitors over the festive period” at a time when a number of train and Tube lines will be closed or disrupted by engineering work and roads are normally quieter.

Thursday’s announcement confirms plans announced by Mr Khan in July to end the longer operating hours introduced in June last year as an emergency response to the first wave of the pandemic.

It means that the charge, which had been extended to 10pm, will revert to 7am to 6pm operating hours during the week from February 21 – a week earlier than expected.

At weekends it will operate from 12 midday to 6pm at weekends and on bank holidays.

Residents living within the zone will be able to apply for a 90 per cent discount.

Mr Khan hopes the retention of the £15 levy – it had been increased from £11.50 – and charge at the weekend will prevent traffic exceeding pre-pandemic levels.

But the decision to reduce the operating hours will lose Transport for London about £60m to £70m a year in levies and penalty fines – at a time average council tax bills are set to be increased by £20 a year for three years to help ease TfL’s financial crisis.

Campaigners have previously warned that the C-charge may need to be reintroduced after 6pm if congestion increases.

Mr Khan believes the changes will support culture, hospitality and night-time businesses hit hard during the pandemic, with a 40 per cent fall in takings expected this month.

Almost 10,000 responses were received by TfL when it consulted on the proposals in the summer.

Mr Khan said: “These new changes strike a balance between reducing traffic and congestion and supporting London’s economy and residents and helping ensure our recovery is a green and sustainable one.

“The removal of the evening charge will support the capital’s culture, hospitality and night-time businesses which have struggled so much, as well as encouraging people to walk, cycle and use public transport.”

Alex Williams, TfL’s director of city planning, said: “These changes are targeted at reducing traffic at the busiest times where we have seen a long-term trend in high levels of car travel.

“We expect to see growth in the number of people walking, cycling and using public transport in central London as a result. The removal of the charge in the evening will help shift workers who perform essential roles at the heart of the city and support London’s vibrant cultural and hospitality sectors who are still recovering from the pandemic.”

According to TfL calculations, retaining the £15 levy should result in a four per cent reduction in car mileage in the zone, when compared with pre-pandemic levels.

It is estimated that retaining a weekend charge will cut car journeys by 15 per cent and result in 8,000 more bus or Tube journeys and 3,000 more trips being walked or cycled.

Silviya Barrett, of the Campaign for Better Transport, said: “Reducing car use is key to tackling congestion and improving air quality in the capital. We’re pleased that the congestion charge is being retained at £15.”

Third of renters in London plan to quit the capital f…