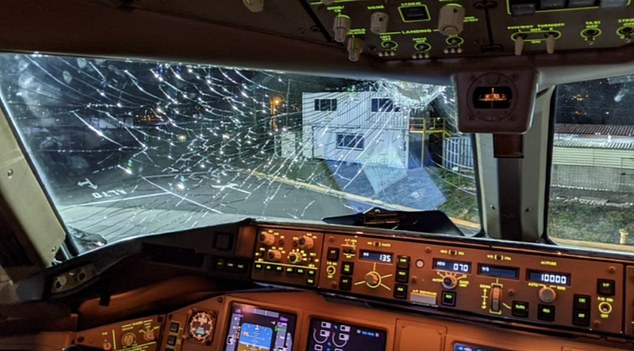 A British Airways jet suffered a shattered windscreen when a block of ice fell from another plane flying 1,000ft above, causing misery for passengers unable to get back to the UK for Christmas.

The Boeing 777 was flying from London Gatwick to Costa Rica at 35,000ft when the ice struck its windshield in a ‘one-in-a-million chance.’

The pilots were able to fly the plane into San Jose but the repairs needed spelt disaster for some 200 passengers who had been due back in London by Christmas Eve.

Their flight was rescheduled for the following evening but failure to get a plane diverted from Jamaica meant that they were forced to spend another night in the airport hotel, finally leaving on Boxing Day – 50 hours behind schedule.

The Boeing 777 was flying from London Gatwick to Costa Rica at 35,000ft when the ice shattered the windshield. 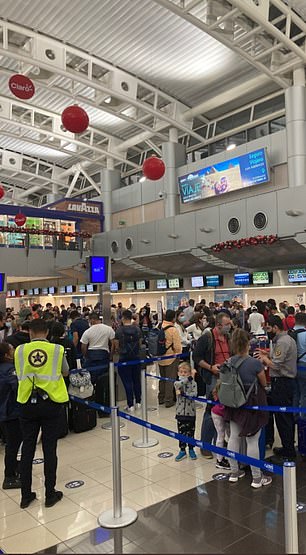 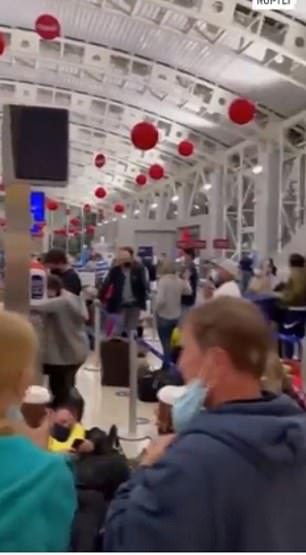 Flight BA2236 had been due to leave San Jose for Gatwick on the evening of December 23 and passengers were initially told to expect a 90-minute delay.

But because of the cracked windscreen, the plane required specialist repairs.

Jo Mitchell and Geir Olafsson had been on honeymoon in Costa Rica and were expecting to return via Gatwick to Edinburgh in time for Christmas.

Dr Mitchell told The Independent: ‘My husband is part-Icelandic and his family who live in Edinburgh celebrate Christmas on December 24.

‘We were desperately trying to find a connecting flight at this point that would get us there in time to not miss his family Christmas.

‘The BA app was saying something vague about the flight being delayed to the next day. The flight time however, only showed a four-hour delay. We had received no information via email or message so we hoped it was just a glitch.

‘We dropped our car and continued to the airport, desperately hoping it wasn’t true.’

They joined dozens of others in queues at the airport for four hours only to be told that the plane needed to repaired before it could fly.

‘At this point we were devastated – realising we would miss Christmas with both of our families,’ Dr Mitchell told The Independent. 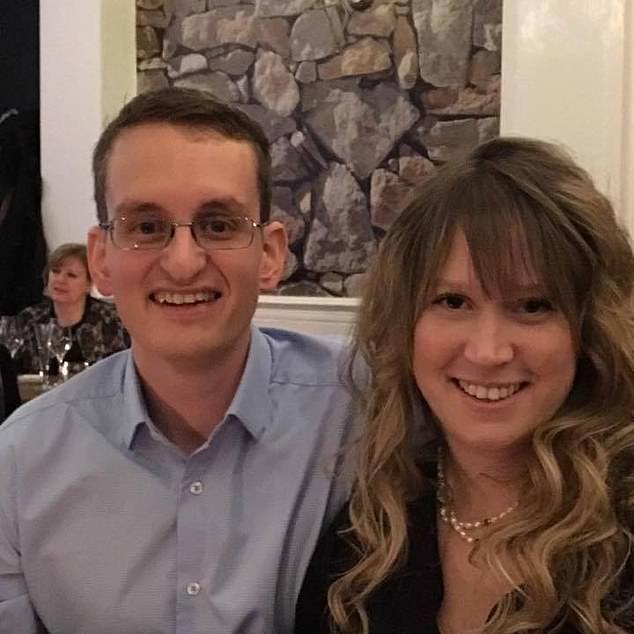 Jo Mitchell and Geir Olafsson had been on honeymoon in Costa Rica, and were expecting to return via Gatwick to Edinburgh in time for Christmas

‘People in the queue were begging the staff for an alternative, some angry, some crying. People were breaking down in tears as this was the first they had been told that they were going to miss Christmas.’

The passengers were taken to a hotel where the only available meal was from a Denny’s fast food restaurant and were then taken back to the airport on Christmas Eve for a planned 10pm departure.

However, they arrived to find that efforts to divert a plane from Jamaica to pick them up had failed because the crew were at the end of their permitted working hours.

Dr Mitchell said that people were ‘running around and crying’ as the news of the latest setback meant they would now miss Christmas Day with their families.

The following day they returned for a planned 6.50pm departure on Christmas Day – facing another delay when they finally boarded because of an apparent mix up over passenger numbers.

A passenger called Alice Hill tweeted: ‘The BA2236 from San José saga continues, 1h30 sat on the Tarmac as the ground staff failed to count who exactly is on the flight. ‘BA cabin crew are excellent and as frustrated as us. Merry Christmas.’

BA2236 finally left 50 hours late at 8.35pm on Christmas Day, and arrived in London shortly after 12pm on Boxing Day.

BA expressed a ‘heartfelt apology’ to passengers and blamed the lengthy delay on the smashed windscreen.

A spokesperson said: ‘We would like to send a heartfelt apology to the customers on this flight, who have had their Christmas plans ruined.

‘We will never fly an aircraft unless we feel it is completely safe to do so, and on this occasion, our engineers were unable to clear it to fly.

‘Since then, our teams have been working behind the scenes to do all they can to ensure an aircraft is ready at the earliest opportunity to bring customers to London.

‘We appreciate the patience and the understanding of our customers and our engineers and crew colleagues who have also done all they can to assist.’

Cockpit windshields are around two inches thick, made from various layers of mineral glass and clear plastics laminated together.

The windshields are extremely heavy and made to withstand bird strikes as well as ice falling from the air.

They are comparable to bullet proof glass.