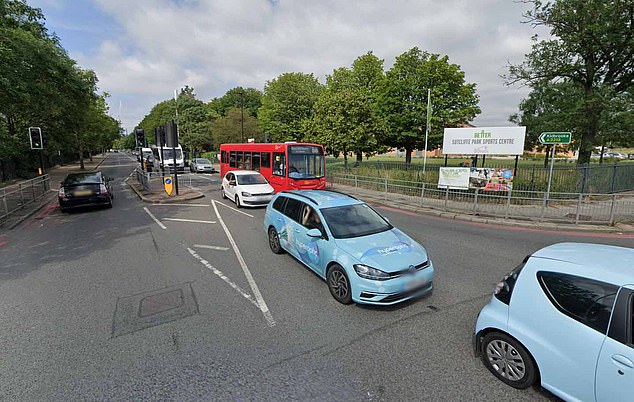 Schoolboy, 14, died and a woman and boy, 8, hospitalised after van smashed into a London bus stop days before Christmas as driver, 40, is arrested on suspicion of dangerous driving

By Isabella Nikolic For Mailonline

A 14-year-old boy has died and two others have been taken to hospital after a van smashed into a bus stop in London just days before Christmas.

Emergency crews were called at 3.33pm yesterday to the scene of the crash in south east London.

Despite desperate efforts by medics the teenager was pronounced dead an hour after the crash at 4.35pm.

A woman, 40, and an eight-year-old boy were also found injured at the scene and remain in a south London hospital with non life-threatening injuries.

Emergency crews were called at 3.33pm yesterday to the scene of the crash in south east London 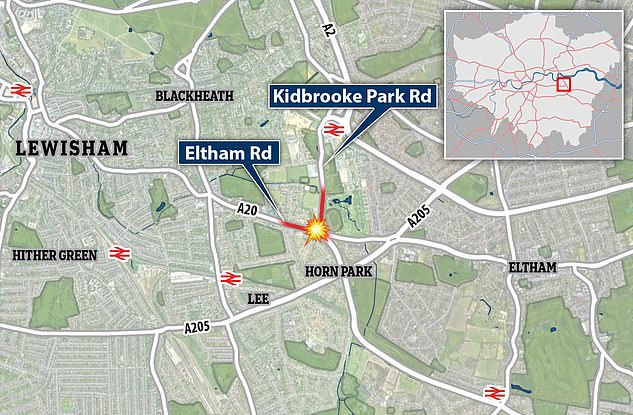 The driver of the van stopped at the scene at the junction of Eltham Road and Kidbrooke Park Road close to Sutcliffe Park in Eltham, south east London.

He was arrested on suspicion of causing death by dangerous driving and taken to a south London police station. He has been released under investigation.

Detectives from the Roads and Transport Policing Command are investigating.

And residents have spoken of the horrific aftermath of the tragic accident between Eltham and Lee in south east London.

Yildiz Betez, 52, who lives opposite the bus stop called the emergency services after hearing a loud crash.

She said: ‘I heard the sound of the crash and went to the window.

‘I saw a van had collided into a bus stop and heard screaming and shouting. Some people were trying to push the truck back from the bus stop because there were people in it.’

After calling 999, Ms Betez was told a person had been critically injured.

She added: ‘The police had put up a blue canvas and I saw them take the victims away in an ambulance.’ 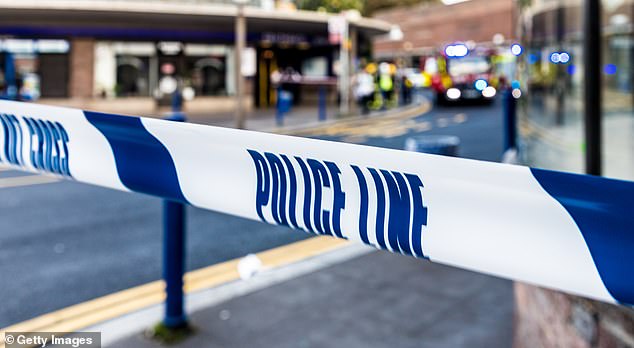 Despite desperate efforts by medics the teenager was pronounced dead an hour after the crash at 4.35pm. Stock picture

Around half an hour later Ms Betez recalled seeing a man, who she believed to be the father of one of the victims, running around in distress.

She said: ‘It was terrifying and upsetting to watch. It would’ve been a local family. It could’ve been any of us. It was a freak accident.’

Ms Betez said she saw the driver of the vehicle being put into a police car.

She said she had ‘no idea’ how he could’ve hit the bus stop, but recalls the truck being ‘unusual’ as it was towing another vehicle with cylinders on it.

Part of the bus stop is currently cordoned off, with smashed glass on the pavement, where the accident occurred.

However the bus stop is still running.

Neighbours Imee Pineo, 71, and Michael Pineo, 70, did not witness the accident but saw the aftermath.

Mrs Pineo said: ‘It was chaotic, we left our car in a residential area and we were escorted home by the police.’

The couple, who live opposite the junction where the accident occurred, on Eltham Road, said drivers frequently take risks and there are often accidents in the area.

They believe the traffic has become worse after parts of the area became part of the ULEZ zone.

Mr Pineo said: ‘Nobody wants to give way. We hear hooting all the time.

‘There was another big accident last year on New Years Eve.’

There are currently road works in place at the crossroads to replace the traffic lights.

Detective Inspector Lucie Card, leading the investigation said: ‘This is a tragic incident which has resulted in the death of a 14-year-old boy.

‘Our investigation into what happened is well underway but we need anyone who witnessed what happened to come forward and speak to us.

‘Likewise, I would also ask any motorists in the area to review any dashcam footage that may have captured this collision.

‘It is vital that with give this child’s family answers about what led to his death just a few days before Christmas.’

Omicron UK LIVE: New Covid restrictions announced for Wales with sport to be played with no crowds