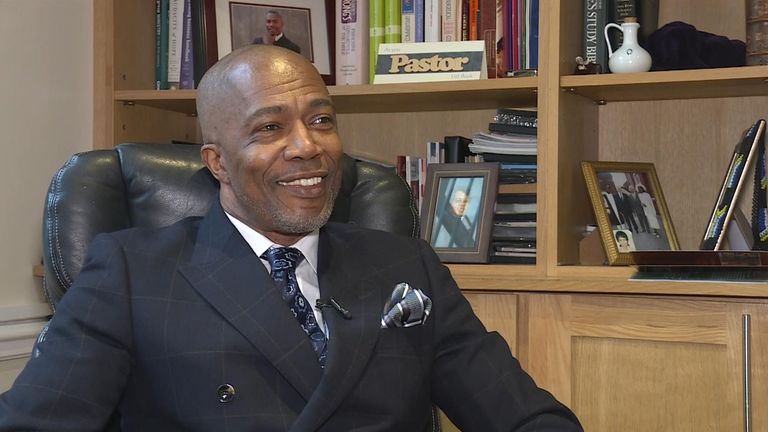 The origin of the black church is often debated, but one thing is certain – it was the arrival of the Windrush generation that prompted its growth in England.

The New Testament Assembly in Tooting, south London, is one of these churches.

Image:
Bishop Delroy Powell says many in the Windrush generation started their own churches in response to racism they experienced at other congregations

It was founded out of frustration in 1961, by Bishops Melvin Powell and Donald Bernard, after many in the Windrush generation found themselves facing rejection from existing churches in England.

“My father would tell me stories, horrible stories of the kinds of rejection and the negative experience that they had when they arrived,” says Bishop Delroy Powell, who now leads the church.

“They were told that their presence was making the worshipers uncomfortable, and they were advised to not come back, which forced many of them to start their own house of worship.”

These “houses of worship” were often just that. People gathered together anywhere they could to worship God – in living rooms, shop fronts or community centres.

“You could say that a lot of the black churches that began in the ’60s were a result of the racism that they experienced,” says Bishop Powell.

For many of this generation, the black church was the only space they could call their own, and became a cultural hub where they could support each other spiritually, emotionally and sometimes financially. 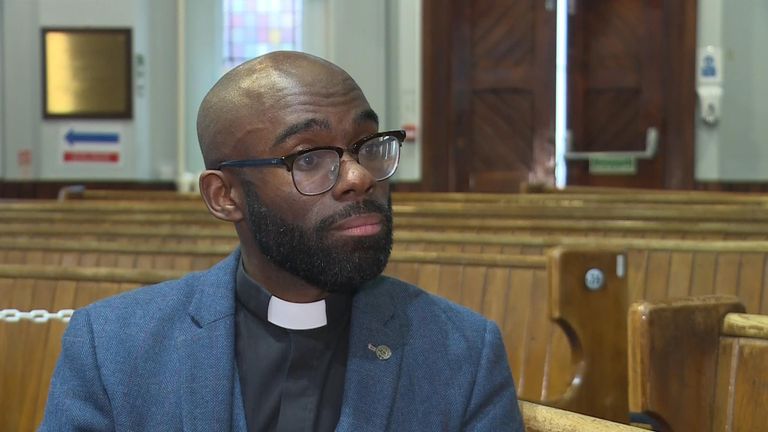 Image:
Assistant pastor Andrew Wignal says he has had to conduct funerals for young victims of knife and gun crime

Bishop Powell explains that when “they couldn’t afford to buy a property, they would pull their funds together and raise enough for a deposit.

“Then they would share these properties until the next person was able to independently move out.” Image:
Many black churches in the UK began in the 1960s

It is a hub for anyone experiencing hardship, working alongside the local authority to provide mental health support, as well as helping those with immigration or housing issues. And, in recent years, tackling youth violence.

Assistant pastor Andrew Wignal says: “Sadly, for me over the last few years, there have been quite a few funerals I’ve had to conduct of young people and victims of knife and gun crime. 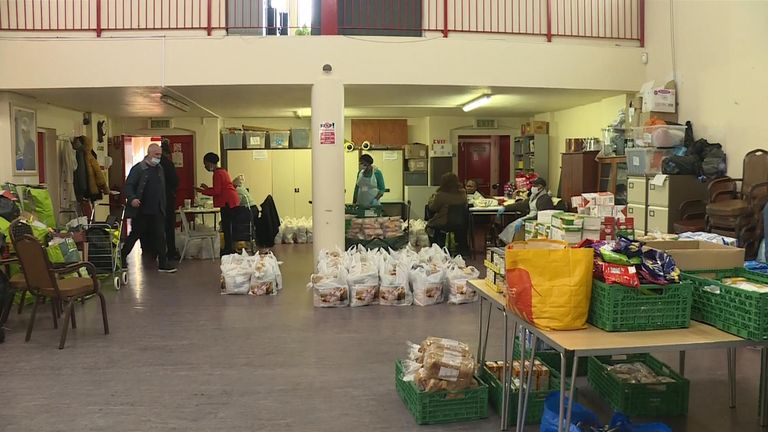 Image:
The church also runs a nearby community centre, which provides hundreds of Christmas hampers to those in need

“Normally the place is flooded with young people, you know, their friends who don’t know how to channel that horrendous grief.”

He says the church offers these families a “safe space and safe haven” to support them in their journey and ensure they do not feel alone.

This is a sentiment that the pastor says is crucial to the Christmas season.

The church also runs a nearby community centre, which works with elderly members of the congregation who may be alone, providing hundreds of Christmas hampers to those in need.

Their doors are “open for everyone”, the pastor says.

People can expect carols by candlelight as well as Christmas carols “with a Caribbean twist”.

This time of year is an opportunity, he says, to “thank God for bringing us through what has been a difficult year for many for all of us, whilst remaining grateful to God that we are crossing over into 2022”.

Holly Humberstone, Gracie Abrams and other artists to watch out for next year