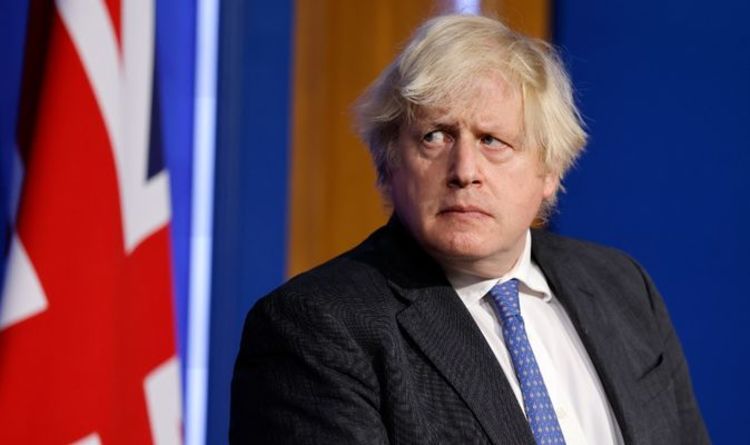 The Prime Minister would lose his Uxbridge and South Ruislip seat, according to the survey from Focaldata which also shows Labour with an eight point lead over the Tories. Losing his seat in west London would make Mr Johnson the first sitting PM to be ejected from Parliament.

If the poll’s predictions were to be borne out at the next election, six Cabinet ministers, including COP26 president Alok Sharma, environment secretary George Eustice and treasury chief secretary Simon Clarke, would join Mr Johnson in losing their seats.

Pollsters asked almost 25,000 people for their voting intentions with the results hailed as providing an insight into public perception on Mr Johnson’s handling of the sleaze scandals which have rocked his party.

Express.co.uk reader TrevorAmmanford commented: “Oh dear Boris, lessons learned eh? Better do some quick U-turning and ditch the ‘green’, anti-pensioner, anti-motorist, anti-homeowner, anti-northern powerhouse programme you’re on at the moment and get back to honouring your Manifesto, which put you there in the first place.

SickofBunter fumed: “The PM is the worst we have ever had, so not much competition!”.

DonnaM12 commented: “[Boris Johnson’s New Year’s] resolution should be to pack the wife & kids off to Chequers and get down to some serious work, environmental pipe dreams and parties are going to burst his bubble otherwise”.

Express.co.uk reader Alf101 commented: “Boris author of his own demise…A true Brexiteer required to be PM”.

However, Focaldata warns that the startling Labour victory its modelling predicts nationally is driven more by Conservative collapse than a Labour surge.

It tweeted: “That the result is driven by Conservative collapse should actually give Johnson cause for hope. Starmer/Labour do not have runaway levels of popularity as Blair did in 1997.

The survey began at the height of the Tory sleaze scandal and just after it was revealed there may have been illegal parties in Downing Street last December when the UK was under strict Covid restrictions.

Mr Johnson also suffered a damaging backbench rebellion and by-election defeat at the hands of the Liberal Democrats in North Shropshire, which had been held by the Tories for almost 200 years.

Focaldata’s polling shows the Tories on 237 seats, the party’s lowest haul since 2005, compared to Labour’s 338 jump, a rise only bettered by Tony Blair in 1997.

Its 32 percent vote share would set the Conservatives back to levels the party has not seen since 2001.

‘I visited Aldi, Tesco and Waitrose and was shocked with the lack of masks in one of the shops’

Elvis Costello: “My conscience is clear!”