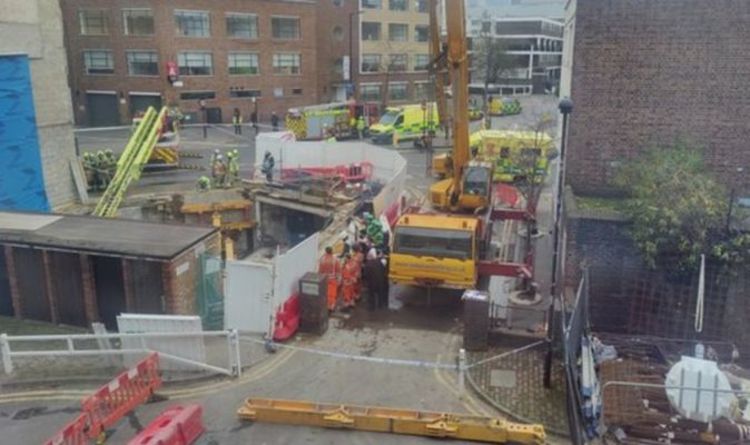 Emergency services, including London Air Ambulance, were called to the scene of the incident at a construction site on East Road, near Old Street at 1.30pm on Tuesday, December 21. Police said a man had been struck by a falling object and London Ambulance Service pronounced him dead at the scene.

The Metropolitan police advised they were working to inform his next of kin.

The London Ambulance Service said: “We were called at 1.19pm today (December 21) to reports of an incident on East Road, N1.

“We sent an ambulance crew, a medic in a car, a clinical team leader, an incident response officer, and members of our hazardous area response team. We also dispatched by road London’s Air Ambulance.

“Sadly, despite best efforts of emergency service colleagues, a person died at the scene.”

Further details of the incident remain unknown, but it reportedly occurred at a building site near the junction with Vestry Street.

Both Vestry Street and East Road remain closed to traffic.

A police cordon is still in place and it’s currently not known when the road will clear.

As a result, motorists have been warned of delays, and local buses have been diverted.

The London Fire Brigade (LFB) said they were called to assist medics and that two fire engines plus a fire rescue unit were present.

In a statement, they said: “Firefighters have been called to assist paramedics at an incident on East Road in Hackney.

“The Brigade was called at 1.31pm. Two fire engines from Shoreditch and Islington and a fire rescue unit from Euston Fire Station are at the scene.”

MyLondon reported that a forensic tent had been erected at the scene on East Street.

Other images taken at the scene of the incident at around 5pm appear to show a large piece of machinery being investigated.

Those on-site appear to be examining and taking pictures of a large metal girder.

Footage shared on social media shows firemen putting a ladder down to get into the site.