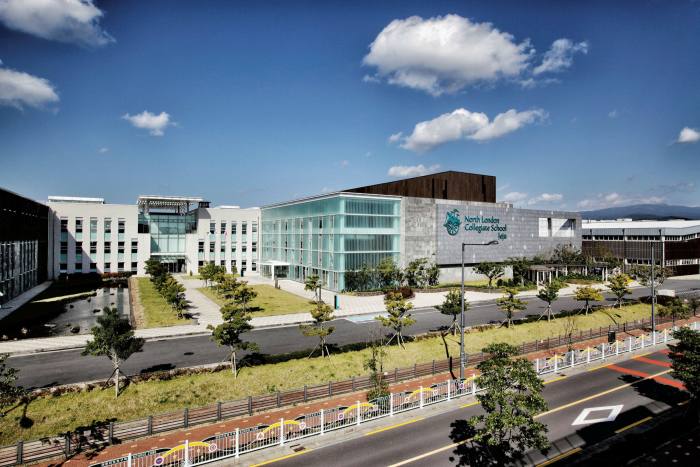 Yanbo Li began searching for an international school in Asia as soon as his son Zhilun was born.

A Chinese businessman who works in the IT sector, Li eventually chose a British school on South Korea’s subtropical island of Jeju over schools in Shanghai, Hong Kong and Singapore. Two years ago he bought a house on Jeju and moved from China with his son, now a seventh grader at the island’s North London Collegiate School.

“It’s safe here. Jeju is bigger than Hong Kong and Singapore, it has fewer people and less traffic and it is easier to travel back and forth from here.”

More and more wealthy South Koreans and Chinese are sending their children to Jeju instead of schools in the west or other parts of Asia, boosting island revenues and pushing up property prices as parents move house to be near their children.

Since 2008, four premium international schools, including the NLCS and Branksome Hall Asia have opened in Daejeong, after the government launched a $1.5bn project to transform the 940-acre farming area into an international education hub.

Daejeong used to be a quiet farming village with spectacular views of Jeju’s deep blue sea and Mount Halla, the island’s highest peak. The island was famous for its deep-sea diving old women, tangerine groves and its iconic black pigs, and is still a popular destination for honeymooning couples.

But the town, just an hour’s flight from Seoul, is now brimming with modern schools, five-star hotels and resorts and premium private villas with outdoor swimming pools and nearby golf courses.

“We will make the city an education centre of north-east Asia,” said Moon Dae-lim, JDC’s chair. “We have our unique appeal over Hong Kong and Singapore: Jeju’s beautiful nature and safe environment.”

They have also offered students a different way to learn.

Bae Suh-yoon, a 13th grader at NLCS, moved to Jeju with her mother Chung Mi-hyang nine years ago. Her father, a medical doctor, works in Seoul. “The Korean education system is gruelling and focused on rote learning. I wanted my child to get a creative education but I didn’t want to send her abroad too early,” said Chung. “Being in Jeju, our family can see each other more often.”

Daniel Gondorf, a 12th-year student from Berlin, moved to Jeju this year to attend NLCS. “This is one of the best schools in the world based on their IB [International Baccalaureate] scores,” he said.

The majority of students at the international schools are South Korean with about 10 per cent from China and 5 per cent coming from Japan, Mongolia, the US, Australia and Europe. 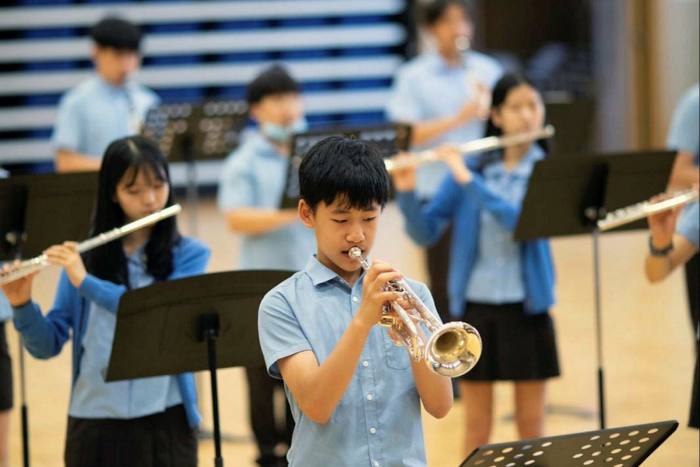 Chinese parents have been further enticed by Jeju’s special visa system that grants permanent residence to people who invest in condos and resort facilities, although this system has been temporarily suspended because of the coronavirus pandemic.

The schools are oversubscribed despite annual tuition and boarding fees of up to $50,000. More than 90 per cent of graduates win places in the world’s top 100 universities. Students can also enjoy extracurricular activities such as diving, snorkelling and horse riding.

“More parents are realising that they don’t need to send their child to the UK or the US or somewhere else — they can get what they want in top quality education here,” said Lynne Oldfield, the British principal at NLCS.

School officials expect more international students to come to Jeju as vaccination rates increase. “We are in a much more politically stable area of the world. We do not have restrictions in our curriculum,” said Oldfield, contrasting Jeju’s international schools with rivals in Hong Kong and Singapore.

The popularity of the schools has led to a construction boom in the area. Premium villas there are priced at Won3bn-Won10bn ($2.5m-$8.4m), much higher than even glitzy apartments in Seoul’s wealthy Gangnam district.

“Property prices here have been heavily influenced by international schools. Apartment prices have gone up 60-70 per cent over the past two years,” said a real estate agent in Daejeong village.

“Demand for apartments and town houses is exploding, but they are in short supply. We wish more international schools were set up here.”

In north London, a radical Victorian approach has solved a very modern crisis

Escape your comfort zone: I have a mortal, lifelong fear of public speaking. Can I be cured? | Comedy