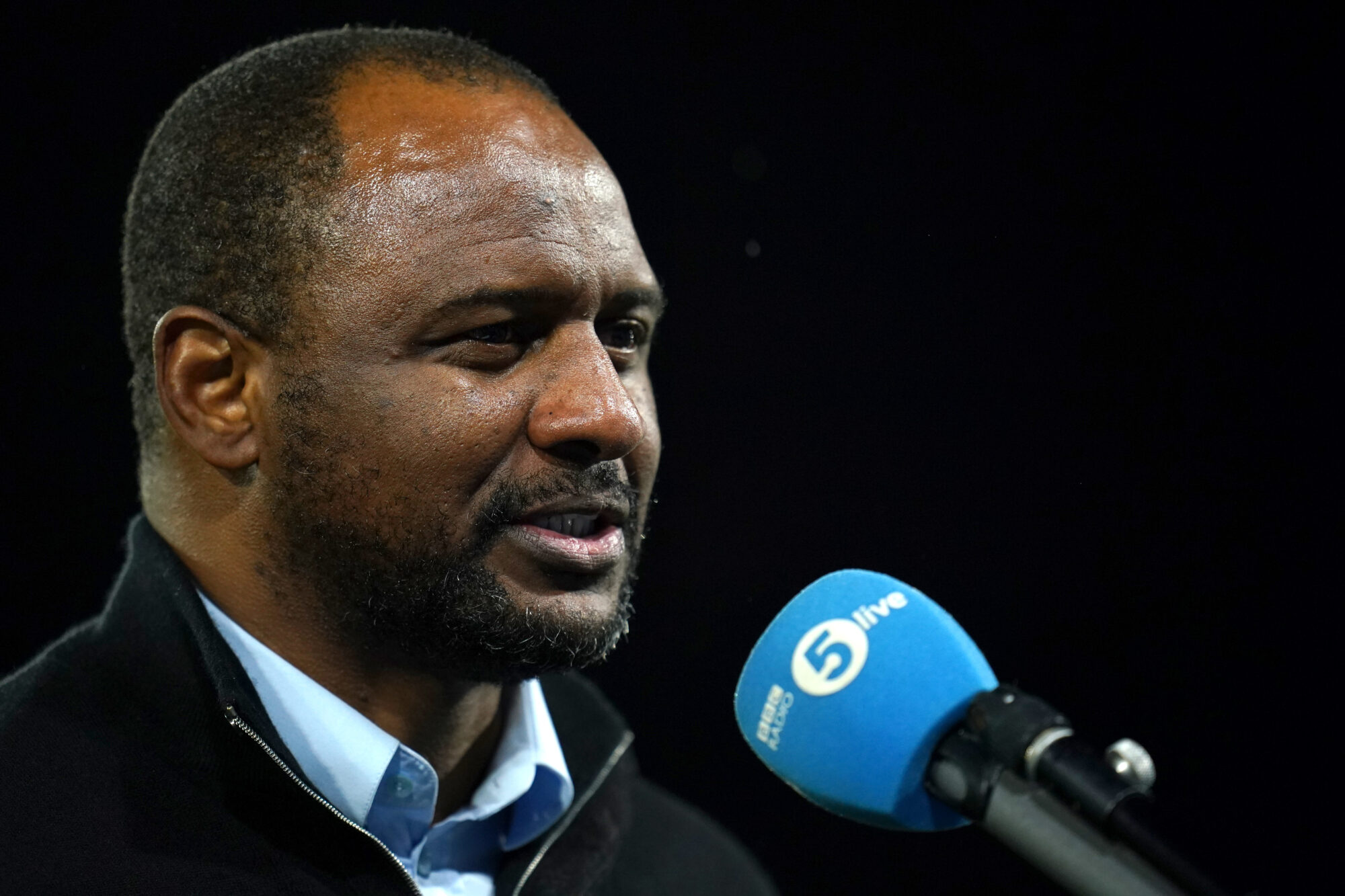 Patrick Vieira has confirmed that he will try to “improve” his Crystal Palace squad over the upcoming January transfer window.

The Eagles spent more than £60million during the summer to bring in Odsonne Edouard, Marc Guehi, Michael Olise, Will Hughes and Joachim Andersen permanently. The South Londoners also added Conor Gallagher on a season-long loan from Chelsea.

Palace have been linked to Orlando City forward Daryl Dike, who the South London Press exclusively revealed in August was on their radar, and Borja Mayoral, who is currently on loan with A.S. Roma from Real Madrid.

“It’s really difficult to find players during that period of the year,” said Vieira when asked about Palace’s plans for the winter window.

“We are going through a difficult period to identify players because of other situations.

Wilfried Zaha (Ivory Coast), Jordan Ayew (Ghana) and Cheikhou Kouyate (Senegal) have all been called up to the preliminary squads for their respective countries ahead of the African Cup of Nations in Cameroon, with the tournament commencing on January 9.

However, according to reports, Ayew is due in Doha on Monday ahead of the Black Stars’ training camp in preparations for the tournament.

When asked whether all of the players selected for AFCON will be in his plans ahead of Sunday’s trip to take on Antonio Conte’s Spurs, Vieira said: “There are discussions going on, so it’s difficult for me to tell you what the outcome will be.

“There are discussions ongoing between ourselves and the Senegalese and Ghanaian national teams to find out which day is best for them to have the players.”

Why 2022 needs to be a year of action, not words, to fix the ‘silent crisis’ of UK’s social housing