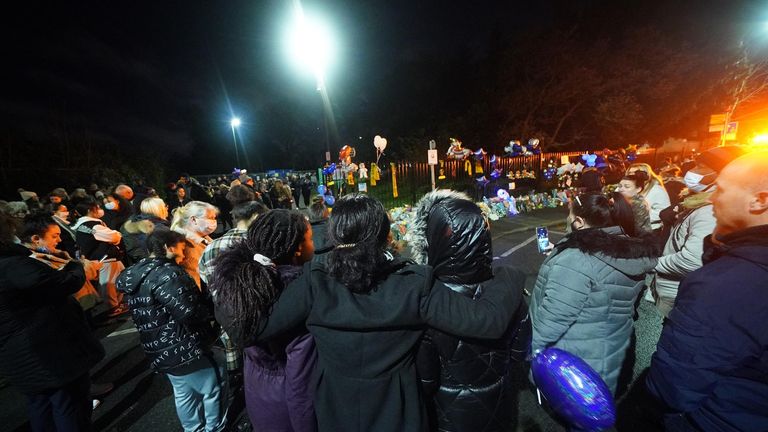 The Christmas presents bought for four brothers killed in a house fire last week will remain under the tree unopened, their father has said.

Friends, family and neighbours gathered in Sutton, south London, on Thursday to pay tribute to twin brothers Kyson and Bryson and Leyton and Logan.

Blue balloons were released in the children’s memory after they died in the blaze at their home in Collingwood Road.

Their father Dalton Hoath told reporters he had bought his sons trainers, clothes and action figures, but the presents will now sit unopened under the Christmas tree.

Image:
Friends, family and neighbours gathered to pay tribute to the boys Image:
People wait to release balloons in the boys’ memory

“I feel that I should donate them maybe to a hospital or charities and at least some children somewhere can get to use them and make my sons proud because they’re going to sit there and they’re not going to get used,” he told ITV News.

“I just feel it’d be better if I gave them to someone who can enjoy them.”

The father-of-four said he will only refer to Christmas Day as “25 December” after his sons’ deaths.

He added: “My sons were loving, kind, caring, unique boys and didn’t deserve to be involved in such a tragic accident that nobody could have expected. Image:
Blue balloons were released in memory of the four boys in Sutton, south London, on Thursday 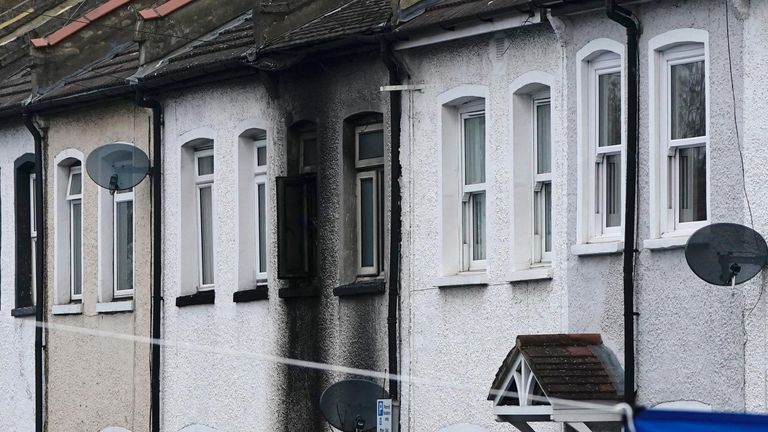 Image:
The boys’ house in Collingwood Road is pictured blackened by the fire

“They will forever be the biggest part of my heart and carry us through in these hard times.”

Firefighters arrived at the property to a fire that was already “very well-developed” at around 7pm on 16 December.

They were carried out of the house and given CPR by firefighters before being taken to two hospitals in south London where they later died. Image:
Flowers were left at the gates of the property

A 27-year-old woman has been arrested on suspicion of child neglect and is currently on bail.

She is due to return to a south London police station in mid-January.