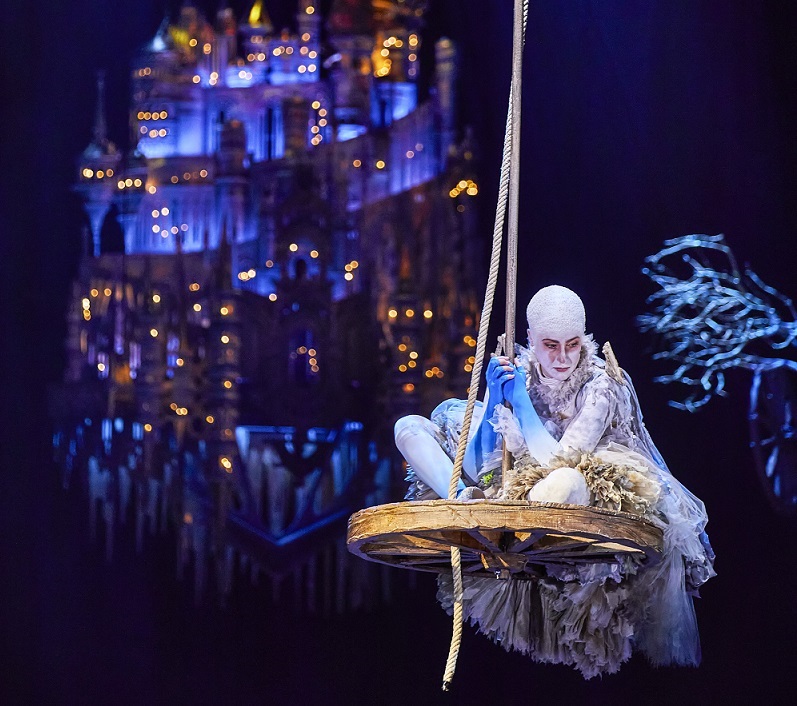 Despite being cancelled until December 22 due to illness, Hex at the National Theatre has found a way to go on in a different form.

Highlights from the musical, a vividly original retelling of Sleeping Beauty, have been released as a recording.

In this big-hearted musical that goes beyond the waking kiss, Rosalie Craig plays a lonely fairy longs for someone to bless.

Rosalie Craig (Fairy) in Hex at the National Theatre.Photo by Brinkhoff-Moegenburg

When she is summoned to the palace to help the princess sleep, her dream turns into a nightmare and her blessing becomes a curse.

Soon, she is plunged into a frantic, hundred-year quest to somehow make everything right.

The composer Jim Fortune said: “I’m enormously proud to share the songs from the magical world of Hex, written and produced during the most testing times for our theatres. 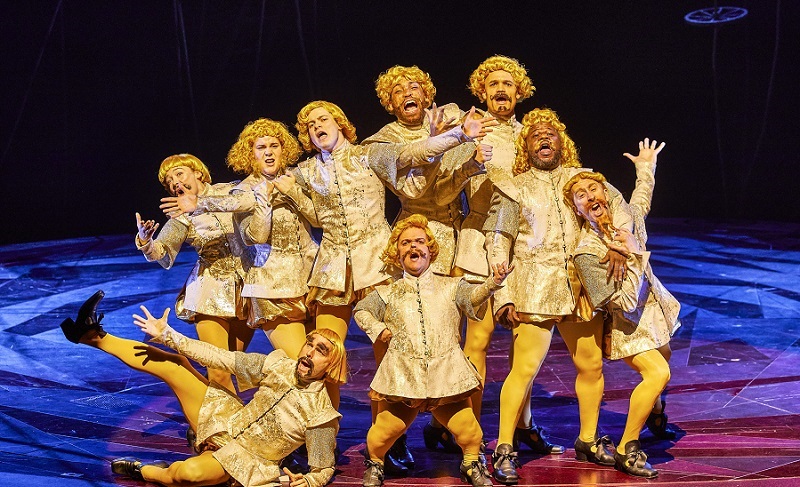 Princes from Hex at the National Theatre. Photo by Brinkhoff-Moegenburg

The songs are performed with such generosity and soul by our musicians and actors, and I hope they give you joy, and a warm Fairy glow in your heart.”

Hex: Highlights from the National Theatre production was released by Broadway Records and is available on all major digital music retailers.

The 12 songs from the musical include Sixteen, Probly, In the Middle, Make It All Good, Prince Bert, Hello and On the Inside.

Pictured: Michael Elcock (Bert) and company in Hex at the National Theatre. Photo by Brinkhoff-Moegenburg