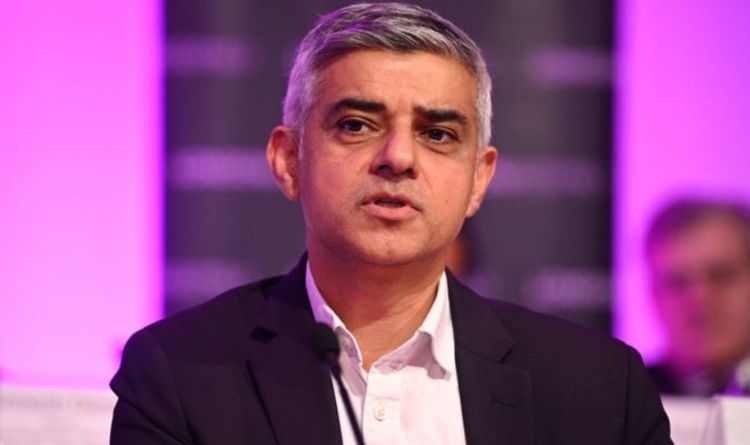 It had been hoped that the event would replace the capital’s iconic firework show after it was cancelled in October due to continued uncertainty amid the pandemic. But this evening the Mayor of London said it too would not go ahead.

It comes as the city was hit with 140,942 confirmed infections in a week – more than three times as many as the 42,455 in the first week of this month.

In a statement, Mr Khan said the move was part of his efforts to “reduce the spread of the virus”.

In a statement, he added: “With infections of COVID-19 at record levels across our city and the UK, I’m determined to work closely with partners in our city to do everything we possibly can to slow the spread of the new variant and ensure our NHS services are not overwhelmed this winter.

“This means that we will no longer be hosting a celebration event for 6,500 people on Trafalgar Square this New Year’s Eve.

Speaking after he emerged from a three-hour cabinet meeting that discussed imposing more restrictions, Mr Johnson warned that the arguments for taking action in the face of the spread of Omicron were “very, very finely balanced”.

He added: “Unfortunately I must say to people that we will have to reserve the possibility of taking further action to protect the public, to protect public health, to protect our NHS.”

Addressing the possibility of further restrictions after Christmas, the Tory leader said: “We are looking at all kinds of things to keep Omicron under control and we will rule nothing out.

“But at the moment, what I think we want people to focus on is exercising caution – so ventilation, masks in the appropriate places, all the usual stuff about washing hands, but remember how contagious Omicron really is.”

While many are advocating for more restrictions, such a move would put Mr Johnson at loggerheads with swathes of his party.

His premiership took a battering last week after more than 100 of his own backbench MPs voted against the Government bill for England to adopt Plan B Covid restrictions.

Brexit Secretary Lord Frost later resigned after reportedly becoming disillusioned with the “direction” the Government was travelling in.

Some observers claimed that if Mr Jonhson is forced to rely on Labour to get more bills passed it could sound the death knell for his time as Prime Minister.

London weather: Hopes for snow dashed as mini ‘heatwave’ on the way with temperatures closer to those seen in April