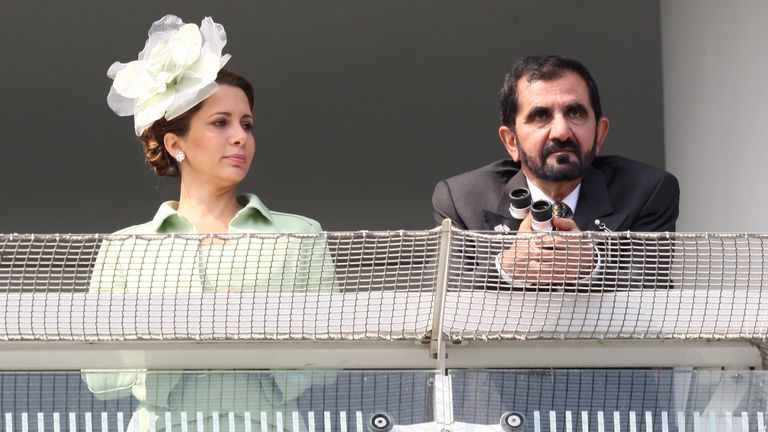 Dubai’s ruler, Sheikh Mohammed bin Rashid Al Maktoum, has been ordered to pay around £550m to his former wife and their two children in what is thought to be the largest award of its kind ordered by an English court.

Judge Philip Moor said most of the money awarded to Princess Haya bint al-Hussein, who is the half-sister of Jordan’s King Abdullah, is to protect against the “grave risk” posed to them by the sheikh himself.

Princess Haya, 47, originally fled the UAE for England in April 2019 with her two children, claiming she was “terrified” of her husband.

What has the High Court ordered the ruler of Dubai to pay for? Detailed list lower down

Later that year, the London court ruled Mohammed had carried out a campaign of threats and intimidation that made her feel unsafe, and that he had also previously abducted and mistreated two of his daughters from another marriage.

Judge Moor concluded this week: “She is not asking for an award for herself other than for security.”

He also asked Mohammed, who is also vice president and prime minister of the United Arab Emirates, to compensate her for the possessions she lost as a result of the marital breakdown.

He will make a one-off payment of £251.5m within three months to Haya for the upkeep of her mansions in the UK, which will cover the money she said she was owed for jewellery and racehorses, as well her future security costs.

The sheikh was also told to provide £3m towards the education of their children, Jalila, 14, and Zayed, 9, as well as £9.6m in arrears.

The settlement will also mean he will pay £11.2m a year for the children’s maintenance and for their security when they become adults.

These payments will be guaranteed through a £290m security held by HSBC bank.

The final sum is still less than half of the £1.4b that Haya had originally wanted, despite being described by some London lawyers to be the largest public award ever ordered by an English family court.

However, Moor said he would not give “carte blanche” to Haya’s financial claims, but would instead consider her demands “with a very clear eye to the exceptional circumstances of this case, such as the truly opulent and unprecedented standard of living enjoyed by these parties in Dubai”.

He added: “I remind myself that money was no object during the marriage.”

During almost seven hours of testimony, Haya said a large one-off payment would help remove the sheikh’s hold over her and their children.

She told the court: “I really want to be free and I want them to be free.”

Earlier this year, the President of the Family Division in England and Wales, a senior judge, also determined that Mohammed had ordered the phones of Haya and her lawyers to be hacked using the “Pegasus” state security software.

However, the sheikh’s lawyer, Nigel Dyer, told the court during hearings that “the mother’s financial claims, and the size of the relief that’s being sought, are quite unprecedented”.

A spokesman for the sheikh said after the hearing: “He has always ensured that his children are provided for.

“The court has now made its ruling on finances and he does not intend to comment further.

“He asks that the media respect the privacy of his children and do not intrude into their lives in the UK.”

So what will the money be spent on?

Much of the settlement will be used to pay for Haya’s protection, with Mohammed ordered to pay for the life-long security of the princess up front.

“I am absolutely clear that, in such circumstances, it would be quite wrong for the security payments to be made over many years by the source of main threat,” Mr Justice Moor said.

The family was granted a budget of more than £277,000 for the children’s animals including two ponies and a horse, after the judge told the court: “I do, of course, accept that the children should have ponies to ride.”

The sheikh has also agreed to return a number of show-jumping horses to his now ex-wife, a former Olympic showjumper, worth more than £500,000.

More than £1m a year has been earmarked for the children’s leisure, as the judge conceded the case was “entirely out of the ordinary”.

He said: “I will have to do my best to come to a conclusion as to what is reasonable whilst remembering that the exceptional wealth and remarkable standard of living enjoyed by these children during the marriage takes this case entirely out of the ordinary.”

Princess Haya and her children have been allocated a total budget of £5.1m for travel – including seven international trips, three long weekends in Jordan and two weeks away in Britain.

They will journey on private flights, worth £1m, with £660,000 spent on accommodation and £300,000 for food, expenses and activities during the seven overseas holidays.

While the couple were married they splashed out £631,000 on a family summer holiday in Italy, including private flights totalling £180,000. Image:
Princess Haya (right) leaving the Royal Courts of Justice in London in October this year

The judge designated a “relatively modest” £1m for clothing, dwarfed by the sum of £13.5m awarded for jewellery, as part of Haya’s claim for property lost when the marriage ended.

The princess revealed how she left precious gems behind when she left the UAE amid fears she might be accused of stealing them.

Recalling Princess Haya’s evidence, Mr Justice Moor said: “It would have been very difficult to empty the room, as her jewellery collection would spread across the entire courtroom.”

She also requested around £63m worth of haute couture clothing to be returned to her.