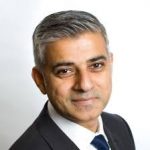 Nurses in London are being “pushed past the point of exhaustion” due to soaring Covid-19 cases and existing gaps in the workforce being worsened by rising numbers of staff absences, Nursing Times has been told.

The situation led London mayor Sadiq Khan to declare a ‘major incident’ over the weekend, as figures show the capital is currently bearing the brunt of the latest wave of the pandemic triggered by the new Omicron variant.

“It has felt like a regression back to March 2020, except for the fact that in March 2020 I felt a lot more hopeful than I do now”

Speaking to journalists on Saturday, Mr Khan said: “We are incredibly concerned by the huge surge in the Omicron variant.

“Over the last 24 hours we’ve had the largest number of new cases since this pandemic began, more than 26,000.

“Hospital admissions are going up but also staff absences are going up by a massive level, so I’ve taken the decision, in consultation with our partners, to declare a major incident today.

He added: “It’s really important that Londoners understand how serious things are.”

One agency nurse working in London’s NHS said a recent shift they had worked was staffed solely by temporary workers, due to shortages in substantive staff and sickness absences.

They told Nursing Times: “As an agency nurse, I am seeing it everywhere I go; sickness is through the roof, jobs are out multiple times [because] unsuitable candidates apply or insufficient applications.”

The nurse said the pressures meant they had missed breaks and shifts were now so “exhausting” that they had been forced to reduce the number they were taking on.

Overall, they believed the situation facing the NHS was as bad as it was last winter when parts of the country were placed back into lockdown.

“Multiple staff past and present from the workforce are testing positive, thankfully the vaccine this year has lessened the severity of illness,” said the nurse.

“But Brexit, poor pay and the trauma of Covid-19 for two years means more people have left and are planning their exit.”

A newly registered nurse working in London said they had “definitely” seen an increase in absences from nurses needing to isolate.

“Multiple members of my team have had to take time off due to contact with Covid cases or testing positive themselves which then leads to an increase in pressure on those senior having to orchestrate a drop in staffing levels and also those still able to work and having to pick up the pace with less staff to help,” the nurse told Nursing Times.

They said they had limited how often they were going out of the house beyond going to work, in a bid to protect their patients from Covid-19, but this was leaving them feeling isolated and affecting their mental health.

While other people were encouraged to work at home, the nurse said it had been “really difficult” for those in frontline clinical roles to keep their morale up in recent weeks.

“It has felt like a regression back to March 2020, except for the fact that in March 2020 I felt a lot more hopeful than I do now,” they added.

They said with the booster vaccination programme and potentially more restrictions the situation would “hopefully” ease, however they were concerned that the public may not accept new lockdown measures, particularly following allegations of rule-breaking gatherings at No 10.

A mental health nurse working in London said they had also seen a rise in Covid-19-related staff absences in their workplace.

However, they stressed that there was already a “staffing crisis” before the pandemic due to “years of insufficient renumeration and recognition of our work”.

“The government focus should be on adequate pay to ensure we combat the staffing crisis in the NHS, not solely on the impact of Covid restrictions, as this shifts the blame and doesn’t hold them accountable,” the nurse told Nursing Times.

The latest seven-day case rate for London, which covers the period ending 15 December, shows a 134% increase in cases from the previous seven days. For the UK as a whole the increase was 41%.

On 13 December, the number of new cases reported in a single day in London hit and surpassed 20,000 for the first time ever and reached 27,357 on 15 December. 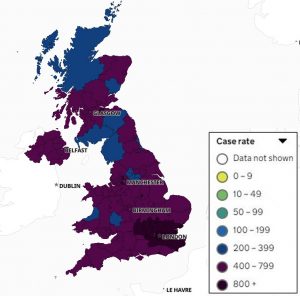 Meanwhile, on 18 December, 210 new Covid-19 patients were admitted to hospital in the capital. The last time the figure exceeded 200 before this month was in February 2021.

The figures from today suggest there are currently 1,819 patients in hospital with Covid-19 – an increase from 1,026 at the same time last month – and 206 of those need mechanical ventilation.

On 20 December last year – the day after the prime minister introduced Christmas lockdown measures in London – there were 3,067 patients in hospital with the virus.

Chris Hopson, chief executive of NHS Providers, said pressure on London’s NHS was mounting “rapidly” and that some trusts were having to postpone non-essential activity.

He said trusts were “beyond full stretch” dealing with Omicron as well as backlogs in other care and trying to deliver the booster vaccination programme, all while contending with rising staff absences.

He also noted that Covid-19 vaccination rates in London were “worryingly much lower” than the rest of England, with 61% of people in the capital having had two doses versus 82% nationally.

Danny Mortimer, chief executive of NHS Employers, said some NHS trusts in London were currently reporting staff sickness absence rates of around 8% for both Covid-19 and non-Covid-19 reasons. 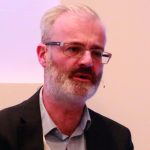 He said absence rates were rising both in London and in other parts of the country.

“Employers are working hard to minimise any disruption to patient care but as the government has warned, if cases continue to rise at this rapid rate, this sadly will be inevitable,” he told Nursing Times.

“The NHS will continue to prioritise essential care and is working hard on the vaccination programme, but leaders expect the government to act quickly in response to the data and modelling it has and for the public to continue to do everything they can to keep transmission down.”

Lisa Elliott, regional director for the Royal College of Nursing in London, said London was “at the epicentre right now”.

“The situation is changing rapidly, and the mayor’s decision to call a critical incident over the weekend is a clear demonstration of the huge challenge facing health and care services in the capital right now,” she told Nursing Times. 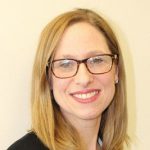 “In hospitals, GP surgeries, care homes and in the community, you can see the pressure etched on the faces of nursing staff. Yet, they are continuing to do the best for their patients, while at the same time playing a crucial role in delivering the booster campaign.

“They continue to be pushed past the point of exhaustion and these pressures are no longer sustainable.”

She said London’s NHS is already short of nearly 9,500 nurses and continuing to ask more and more of staff would result in “serious consequences for patient care and their own health and wellbeing”.

“The government must be prepared to take every step needed to slow the spread,” said Ms Elliott.

“Nursing staff know the reality of acting too late and will expect those lessons to have been learnt to protect services now.”

She also urged the public to “do their bit to protect services in the capital”, including by getting their booster vaccination and following public health guidance.

An NHS London spokesperson said: “The Omicron variant is spreading rapidly in London and this is affecting all Londoners, including NHS staff, which is leading to higher levels of staff absence and teams are working hard to minimise any impact from this and to work flexibly during this time.

“We are working to support trusts with their staffing levels, including deploying both clinical and non-clinical staff from arms-length bodies to help the vaccination drive and in other clinical settings and are helping people who have recently left the profession to return to support the NHS at this time.”