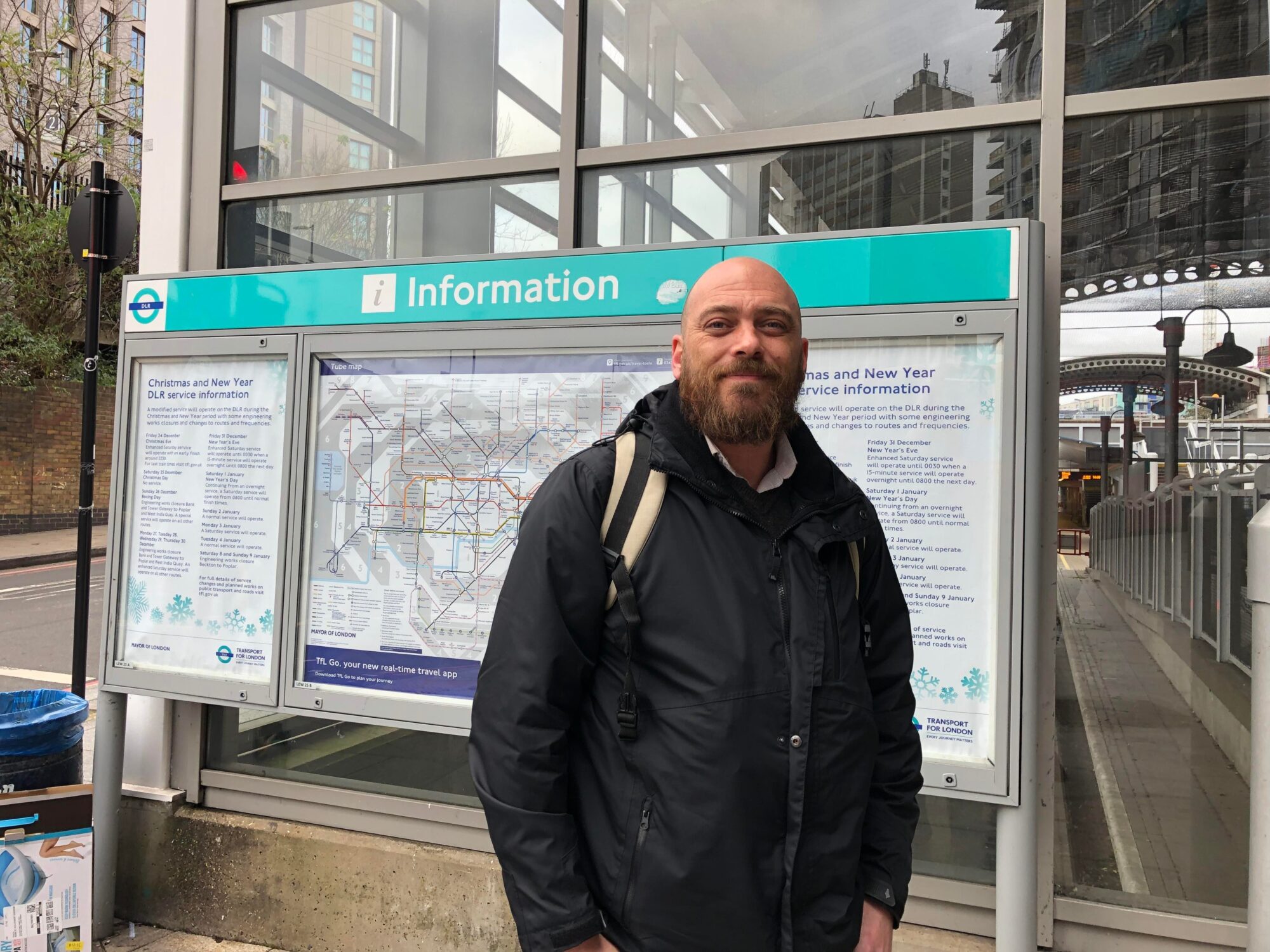 Lewisham locals are disappointed after Mayor of London Sadiq Khan warned the Bakerloo Line extension to the town would not go ahead.

Commuters at Lewisham Station said lengthening the London Underground route through the Old Kent Road would have helped connect South East London to the north of the capital.

Sadiq Khan said on December 15 that the £3.1 billion Bakerloo line extension won’t be happening because Transport for London [TfL] doesn’t have enough cash.

He blamed the government for underfunding London’s transport network.

Dominic Thurston, a Lewisham local, said it was a shame the proposed extension may no longer go ahead.

He said extending the Underground route south beyond Elephant and Castle would have made travelling north of the River Thames easier.

The 37-year-old said: “I think it absolutely should still go ahead.

“It would be great for the area, particularly the Old Kent Road where the public transport options are really poor.

“Yes I wasn’t holding out too much hope because I know how hard the last few years have been for TfL, but I’m disappointed.

“Lewisham is so well-connected with trains, but the biggest problem here is access to North London.

“The biggest difference with the Bakerloo Line extension is that we’d be able to get to North London far more easily.”

Anthony, 35, who did not want to give his surname, said Lewisham was already well-connected with Central London, but being on the Tube network would make getting to other parts of the city easier.

He said: “It takes so long to get to the east, west and north of the city at the moment because you have to get a train and then change onto the Tube.

“It would be nice for those journeys to be quicker.

“I’m not bothered about quicker travel into the centre though. You can already get to Victoria, Charing Cross and London Bridge from here in no time.

“I don’t blame Sadiq Khan but it is disappointing. It feels like you’re not really part of London when you’re not on the Tube or Overground.”

The Bakerloo line presently goes as far south as Elephant and Castle station in Southwark.

If extended, four new stops would be added in Southwark and Lewisham.

The Bakerloo Line extension is predicted to cost £3.1 billion, but if it doesn’t go ahead the cost to the economy could be £6.4 billion, according to a City Hall report.

David Boot, 39, from the Midlands, was passing by Lewisham Station for work.

The vehicle mover from the Midlands said: “There’s always the money for projects like this if they want to find it.

“I would use the line if I was coming to do work here again.

“Whether they find the money or not will depend on how much they think they need the new line.”

Marianne Barber, a mental health social worker, was not fussed about a new route connecting Lewisham to central London.

She was more concerned about the lack of services out of London, which made trips to visit elderly relatives living in Kent difficult.

The 71-year-old from Catford, said: “I’m not surprised the line has been cancelled because he [Sadiq Khan] was saying that with the pandemic he’s short of funds.

“I’m not interested in the services to London really. But if it improves the other services I don’t mind.

“I have a 95-year-old family in Gravesend and Hayes and they need lots of visits. I’m more bothered about the lack of trains there than getting into central London.”