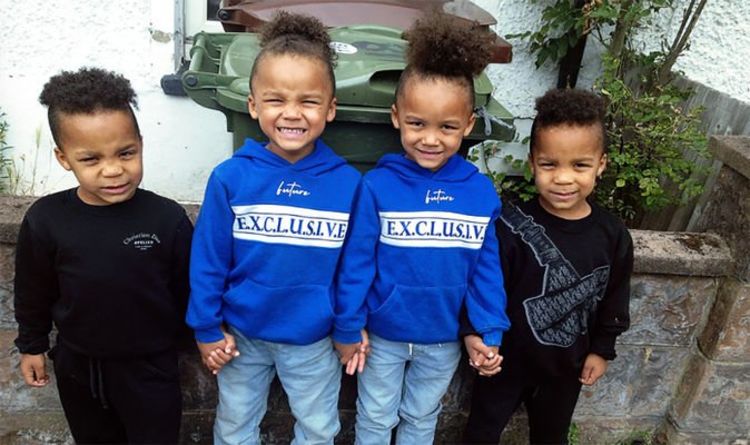 The 27-year-old was arrested after the blaze at a house in Sutton, south London. She is bailed to return to a police station in mid-January.

London Fire Brigade is still investigating the cause of the fire in Collingwood Road which started at about 7pm on Thursday.

The boys were rescued but despite efforts to save them, they died a short time later.

Formal identification is yet to take place but the two pairs of twins were named locally and on social media as Leyton and Logan, aged three, and Kyson and Bryson, aged four.

Paying tribute on social media, the children’s dad, Dalton Hoath, wrote: “Myself and my family are utterly devastated by this tragic loss.

“They were bright, caring, lovable boys, but most of all sons, grandsons, great grandsons, nephews and cousins.We would like to thank all the emergency services who did so much to try and save our boys.”

He added: “They will be forever in my heart and thoughts, love Dad.”

Saying the boys’ Christmas presents were under the tree, grandfather Jason Hoath posted a picture of them on Facebook and wrote his “amazing smart and beautiful grandsons were taken too soon”.