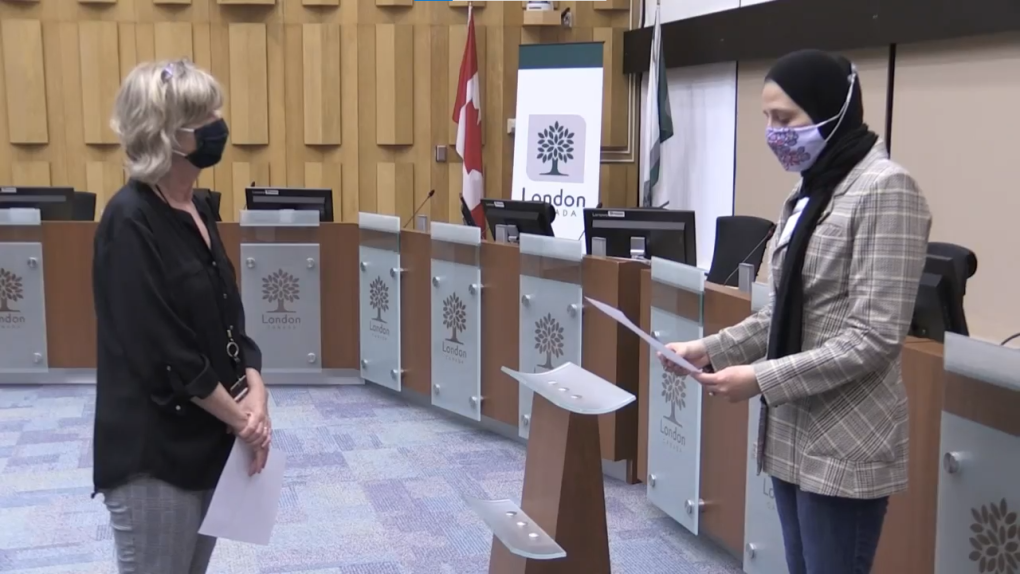 London City Council will be presented with an emergent motion at Tuesday’s meeting, denouncing Québec’s Bill 21.

The bill prohibits the wearing of religious symbols such as hijabs, kippas, turbans and crosses by teachers and other government employees deemed to be in a position of authority.

According to the motion jointly submitted by Ward 6 Councillor Mariam Hamou, Deputy Mayor Josh Morgan and Mayor Ed Holder, the motion also includes a recommendation that a one-time grant of $100,000 go towards the legal challenge launched by the World Sikh Organization and Canadian Civil Liberties Association.

“It’s a personal thing. And i don’t believe anybody has the right to tell anyone whether it’s female, male, non-binary that what they wear is unacceptable,” said Hamou.

Hamou, who wears a hijab, also said, “Municipalities are really taking the leadership on this, they are taking the leadership where it’s failed federally. And the other part of this is that no province can go above the charter of rights and freedoms, and that’s what this fight is really about. This is treating a second class citizen like a tiered citizenship. So if you do do this, than you are allowed to be teacher, you’re allowed to be a doctor. Because if you can’t wear your hijab in a public place in Quebec, than you are no longer allowed to have those positions or jobs.”

The motion to council also references the June 6 attack that killed four members of the Afzaal family, saying, “London City Council committed itself to combating Islamophobia and racism in all of its forms.”