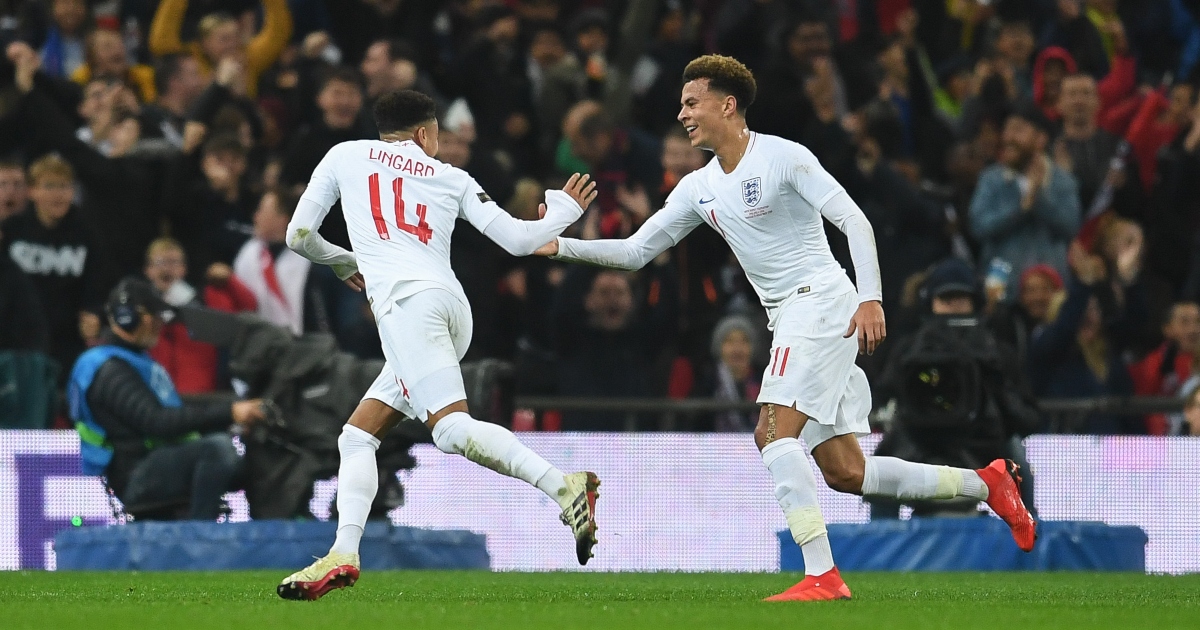 According to reports, West Ham are interested in signing Tottenham midfielder Dele Alli as an alternative to Man Utd’s Jesse Lingard.

Lingard spent the second half of last season on loan at the London Stadium, enjoying a terrific spell where he scored nine league goals.

The 29-year-old opted to stay in Manchester to fight for his place in the Red Devils’ team but has failed to start a Premier League match this season.

The long-awaited return of the Premier League Supercomputer

Dele, on the other hand, is stagnating at Tottenham, having broke onto the scene in north London as a teenager.

The 25-year-old started all of Spurs’ opening six league matches under Nuno Espirito Santo this term.

However, he was subbed off at half time in the derby defeat to Arsenal in September, and has only played 19 Premier League minutes for the Londoners since.

It’s five years since Dele Alli flicked the ball up, then back over his own head and volleyed it into the bottom corner.

According to Eurosport, West Ham are willing to take a chance on Dele if they fail to strike up a deal for Lingard.

The Hammers were interested in signing the Man Utd playmaker in the summer, but were not willing to meet the Red Devils’ demands.

Lingard will be able to leave United for free at the end of the season. He can also negotiate a pre-contract agreement with foreign clubs from January 1.

Spurs will reportedly not stand in the way of Dele – who has also been linked with Newcastle – if he wants to leave in the winter transfer window.

Elsewhere, Christian Eriksen has left Inter Milan by mutual consent after suffering a cardiac arrest at Euro 2020 whilst playing for Denmark.

The 29-year-old enjoyed six-and-a-half seasons at Spurs before moving to San Siro in January 2020 for a fee in the region of £17million.

Eriksen helped Inter win last season’s Serie A title but the following month his life was turned upside down after suffering a cardiac arrest during Denmark’s Euro 2020 opener against Finland in June.

The attacking midfielder received life-saving treatment on the pitch before being taken to hospital and was fitted with an implantable cardioverter defibrillator (ICD) device.

Serie A rules would not allow Eriksen to play with an ICD and the Nerazzurri confirmed an agreement has been struck for the Dane to leave.