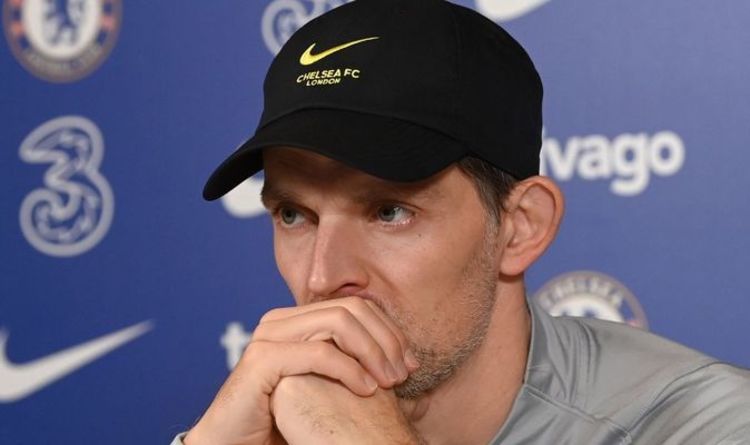 Chelsea are the latest club at risk of a potential outbreak of COVID-19 after three first-team players tested positive for the virus ahead of tonight’s Premier League clash with Everton. The Blues have already lost midfielder Mateo Kovacic to a positive test upon his return from a hamstring injury but now they have had their numbers depleted once again ahead of the Toffees’ visit to west London.

The development has emerged amid the sharp rise in COVID-19 cases due to the new highly-transmissible Omicron variant in England after the Premier League recorded their highest-ever number of positives (42) earlier this week.

But since then, the virus has threatened to gain a stronghold on the top-flight with several games at risk of being cancelled.

Tottenham versus Brighton was the first Premier League game to fall foul to coronavirus last weekend before Manchester United’s trip to Brentford was cancelled on Tuesday.

Burnley vs Watford was then waved off just hours before kick-off last night following an outbreak in the Hornets’ camp and now there are fears Chelsea vs Everton could be at risk, although the match is expected to go ahead as things stand.

BREAKING: LEICESTER VS TOTTENHAM CALLED OFF

Everton have already arrived in London this afternoon via Euston Station after taking the train down from Liverpool.

As per Goal, Chelsea have learned of three new positive cases within their first-team set-up just hours before kick-off.

Premier League players are now forced to undergo daily testing before they can take part in training and matches.

Some sources have claimed Thomas Tuchel was made aware of the positive tests on Wednesday morning, meaning he has had a small window of time to prepare for the absentees within his squad.

While the identities of the players currently remain undisclosed, reports suggest at least one – potentially two – of the affected stars were due to start against Everton.

Manager Thomas Frank has urged the Premier League to control the sharp rise in cases and call off this weekend’s matches with several currently under threat.

“The Covid cases are going through the roof at all Premier League clubs,” said Frank.

“Everyone is dealing with it and everyone has a problem at this moment in time.

VOTE FOR YOUR PREMIER LEAGUE PLAYER OF THE YEAR HERE

“To postpone this round [of Premier League games] and the Carabao Cup would give everyone a week at least to clean and do everything at the training ground so everything is fine and we break the chain at every club.”

In the meantime, tonight’s clash between Leicester and Tottenham has also been called off.

The Premier League had rejected requests from both clubs to have the game postponed but officials have since reversed their decision.

It comes after Leicester recorded two new positives within their first-team set-up, taking their tally to 11 absentees.

There is now huge doubt as to whether the Premier League can continue heading into the jam-packed festive schedule.