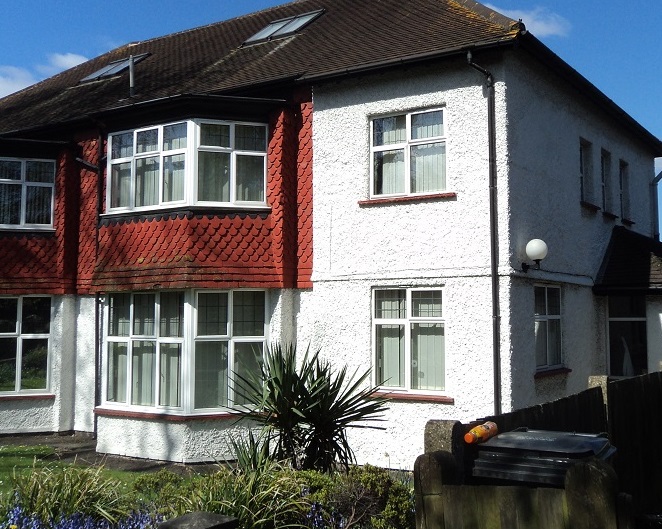 Did a known burglar with a hard-man reputation among Brixton prisoners kill a housekeeper in Croydon? JAN BONDESON picks through the evidence in the murder of Susan Emberton in 1932 – a case which remains unsolved to this day, perhaps because no one was willing to risk their own skin to point the finger at the main suspect.

Ellis Dagnall, a 72-year-old actor and theatrical producer, lived in the semi-detached house at 61 Addiscombe Road, Croydon, with his 56-year-old housekeeper Susan Emberton.

When Mr Dagnall returned home on March 18, 1932, he found the house in great disorder, and a large suitcase packed full of silver was standing in the hall.

Mr Dagnall immediately ran out and called the police. They arrived three minutes later, but the burglar – or burglars – had fled.

Miss Emberton was found lying on her bed with serious head injuries.

Dr Dorothy Day, who practiced at 59 Addiscombe Road next door, was called in, and she predicted that although the housekeeper had received some serious knocks to the head, she would eventually recover.

All Miss Emberton could say was ‘Oh, my poor head! My head hurts, who did it?’

In spite of the lady doctor’s optimistic prognosis, Susan Emberton died on March 20 without saying anything further, and the case was now one of murder.

A fair amount of money and jewellery had been stolen from the ransacked murder house, but the unexpected arrival of Mr Dagnall had meant that the burglars had not been able to take with them the suitcase they had loaded full of silver.

An old police truncheon marked ‘1848’ was found on the premises. It was stained with blood and presumed to be the murder weapon.

The house at 61 Addiscombe Road was for sale, and Miss Emberton, who had been housekeeper to Mr Dagnall for eight years, was entrusted to show the premises to prospective buyers.

The detectives were interested to find that there were some promising witness observations of the comings and goings at the murder house.

At 11.50am, a good-looking young woman had been seen to exit the premises.

At 12.45pm, Miss Emberton received a crate of beer from a delivery driver.

At 3.45pm a telephone inspector called but nobody answered the door.

At 5.20pm, a young man was admitted into the house by a woman wearing a white apron, and at 5.55pm, two men were admitted by a woman, leaving a blue saloon car outside.

Strangely enough, another witness had seen Miss Emberton walking towards Croydon with a large empty shopping basket at 6pm, something that was in disagreement both with the middle-aged housekeeper’s daily routine, and with the other witness statements quoted above.

Had it been her ghost? The detectives presumed that Miss Emberton had admitted two burglars into the house, quite possibly after they had posed as prospective house buyers.

One of them had knocked her down, and they had then proceeded to ransack the house.

‘Bottles’ had been the man who had knocked the Addiscombe Road housekeeper down.

It turned out that Philpot the burglar was already serving time in Brixton Prison, for two ‘jobs’ at Kensington and Finchley.

He was a tough character, and the other inmates treated him with respect.

When questioned by the police, Philpot claimed to have an alibi for the ‘Croydon job’, having transported a bedstead to his sister at the time of the murder.

The police were convinced that he had made this alibi up in advance, and persuaded his parents and sister to lie for him.

They tried their best to find the elusive ‘Musha’, and succeeded in tracking down a suspected burglar named Louis Bura, who sometimes was addressed by this nickname, but there was nothing to tie him to the Croydon murder.

Many known criminals were questioned by the police, in the hope that they could be persuaded into giving evidence against Philpot, but they had respect for this tough London burglar, and were unwilling to ‘squeal’ on him.

He moved into a flat in Shaftesbury Avenue. The police file on the murder of Susan Emberton was closed in August 1934, and the crime remains unsolved to this day.

Alfred Philpot remained the only serious suspect, but the case against him wholly depended on the reliability of the police informant who ‘fingered’ him.

The murder house looks more or less unchanged since the 1930s.

Curiously, the house next door was still a doctor’s surgery when I saw it in 2013.

This is an edited extract from Jan Bondeson’s Murder Houses of South London (Troubador Publishing, Leicester 2021).