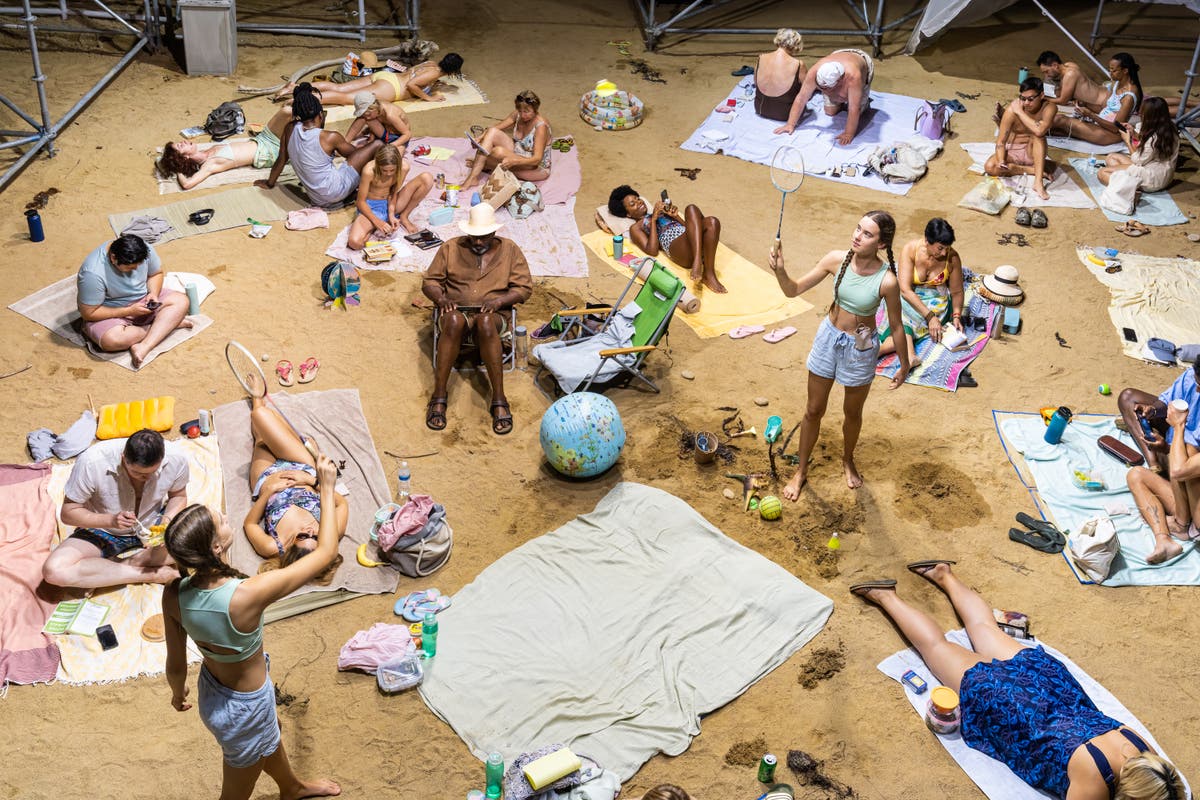 en tonnes of sand will transform a Lewisham theatre into an indoor beach where opera singers will sunbathe and fling Frisbees while singing about the climate crisis.

The Albany arts centre in Deptford will host the show called Sun & Sea (Marina), which won the top prize at the 2019 Venice Biennale, as part of Lewisham’s programme as Borough of Culture next year.

It is one of several events across the year inspired by the environment including a public artwork called Breath that will be installed next to the South Circular. It is inspired by the story of nine-year-old Ella Kissi-Debrah who lived near the road and suffered a fatal asthma attack in 2013.

Her mother Rosamund has continued to campaign on the issue of London’s air quality and was at the COP26 climate summit lobbying government to act on pollution and traffic fumes.

The year-long event launches on January 28 with a series of live music and dance performances held across the south-east London borough “on the hour, every hour”.

Also planned is a celebration of the borough’s music scene from its sound systems to Squeeze and Jools Holland as well as grime and drill acts who call Lewisham home. There will be a tribute to the Rock Against Racism movement which saw bands including The Clash protesting against the rise of the far right in the Seventies after a National Front march through the London borough.

Among the venues involved are the Horniman Museum in Forest Hill, Beckenham Place Park, Goldsmiths University and the Trinity Laban Conservatoire of Music and Dance.

Mayor of Lewisham Damien Egan said its year as Borough of Culture would “celebrate everything that is great about” the area. He added: “[It] will be open to everyone, with events popping up across the whole borough; in our markets, local businesses and on street corners, created with and by local people.

Lewisham is the third borough to take on the role since the scheme was launched with Waltham Forest in 2019. Croydon will take on the title next.