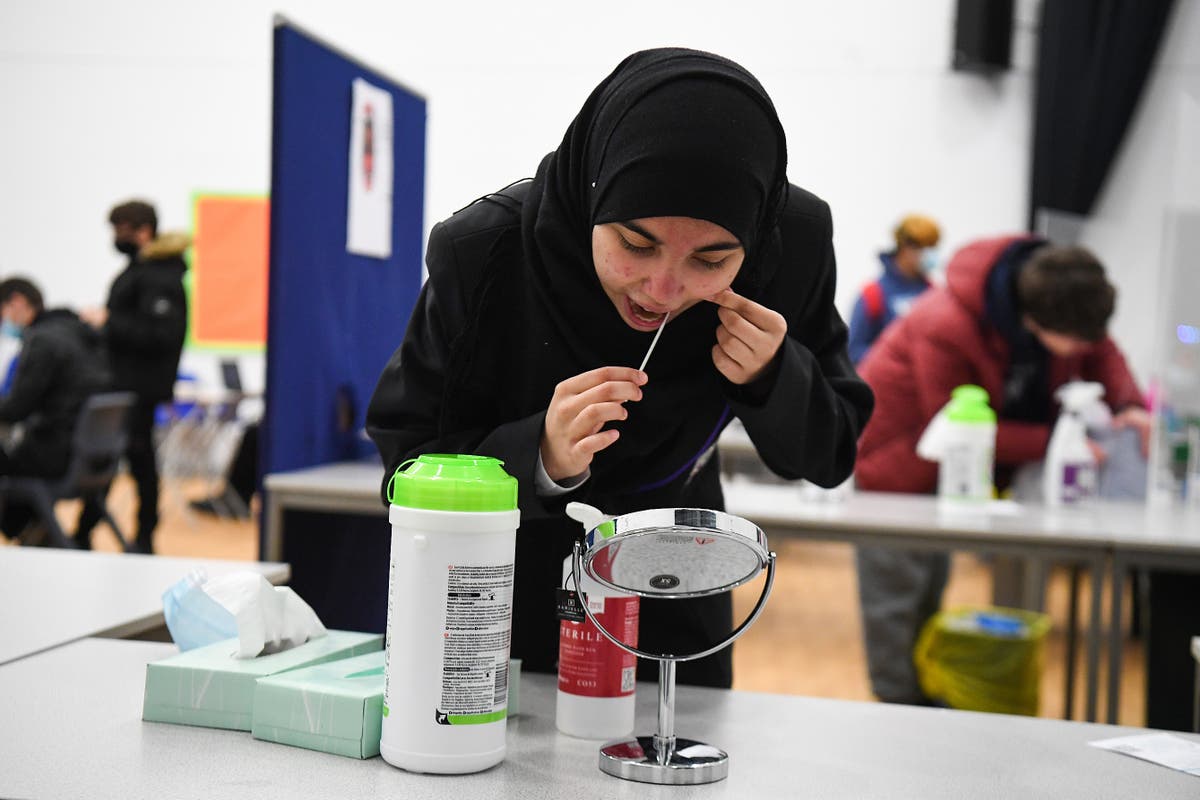 oris Johnson has said there is a “ready supply” of lateral flow tests (LFTs) despite a message on the Government website saying home kits are unavailable.

The website on Monday advised people to “try again later” or to book a coronavirus test site appointment instead.

The Prime Minister was asked about potential supply issues during a visit to a vaccination clinic near Paddington in west London, and told broadcasters: “They can get those tests, we do have a ready supply of lateral flow tests.

“If you can’t get one online for any reason, then there are ample supplies in the shops.

“But what I think, if I may say so, what that also shows is that people are doing the sensible thing, and getting tests as well.”

It has been announced that double-jabbed people identified as a contact of someone with Covid-19 in England will be told to take a daily rapid test for seven days from Tuesday.

New regulations, set to be put to a debate and vote in the Commons this week, could also see the NHS Covid Pass on the NHS app becoming mandatory for entry into clubs and other large gatherings – but with a negative home test as an alternative for the unvaccinated.

One person said on Twitter: “Tried to order a lateral flow test kit and the NHS site says they have no more! What’s going on!”

“The Government’s inability to procure properly and plan for civil contingencies is reckless. Boris Johnson has his priorities in the wrong place.”

Paul Taylor, a 37-year-old pharmacy technician from Leeds, told the PA news agency he was “frightened” at the prospect of being unable to order any lateral flow tests.

“(I have) only recently started to socialise normally (going to the gym, attending big events etc.).. .Doing regular LFTs has relieved the anxiety of potentially passing anything on that I’ve felt throughout the pandemic.”

“I’m frightened because without tests I only have two choices: 1) go out but risk passing on the virus to other people or 2) stay in and return to self-imposed lockdown.”

Jessica Keogh, a 32-year-old executive assistant from London, told PA she had run out of lateral flow tests and was unable to order more.

“It’s actually my worry that I won’t be able to get any before Christmas and I will worry about being able to visit my family”, she said.

However, there appeared to be no problems with the availability of PCR home test kits.

The UK Health Security Agency (UKHSA) has been approached for comment.