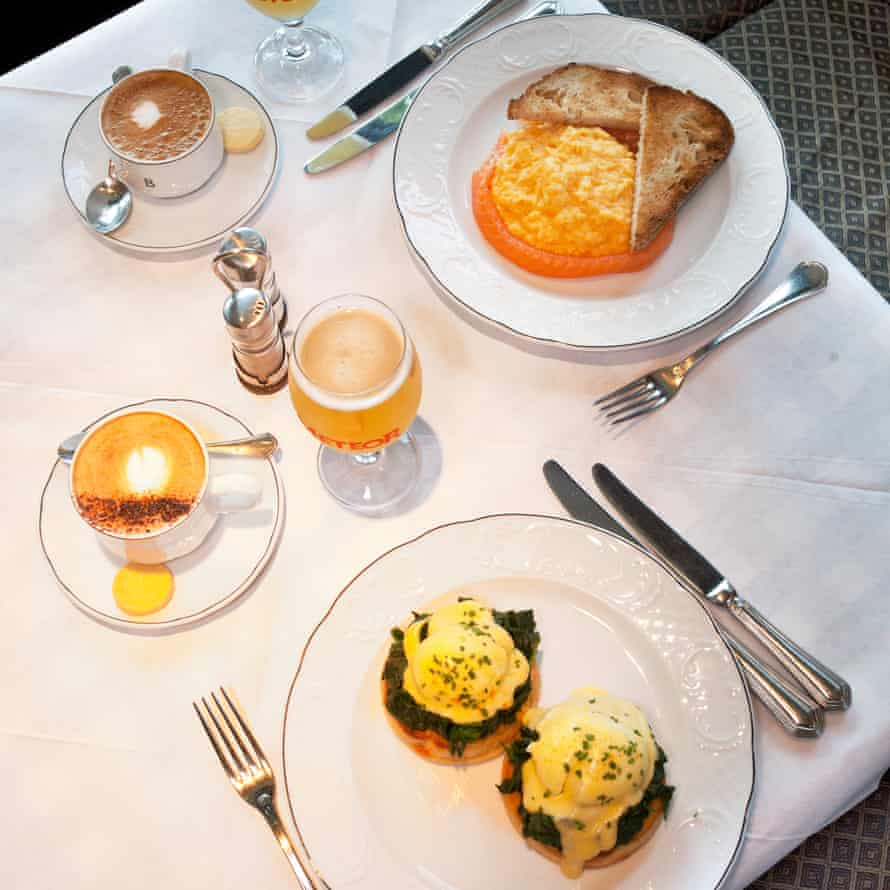 It’s tempting to see a Hollywood trajectory, a yuletide miracle, in Sir Matthew Bourne’s life. As a teenager, almost every night, he would take the bus down to London’s West End to hang around at stage doors to collect autographs from the stars. Four or five decades on he can look back on a string of shows that have seen his own name in lights as probably the most famous and innovative choreographer and dance impresario of his generation. To prove the happy ending, having once crossed his fingers and made a wish for Barbra Streisand’s signature, he’s now on her Christmas card list. (“We get one every year,” he says, “‘From Barbra and Jim.’”)

Bourne grew up in a rented house in Walthamstow on the outer edge of north-east London and the number 38 bus into town would take him along Islington High Street. He’d look out from the top deck and think: “This is where I’ll live one day” – without the first idea of how he’d get there. Fast forward again and he now lives in the Georgian suburb in a house in which the choral arrangement for Hark! The Herald Angels Sing was written. It’s a wonderful life.

Lockdown has been awful for dancers. These are precious years, lost

We meet in his favourite local brasserie, Bellanger, for brunch on a chilly Saturday. There’s a proper Manhattan clamour and clatter to the place, a big echoey room in which, at noon, everyone seems to be taking off hats and coats while enthusiastically greeting old mates. Bourne has been a regular here for five years. He and his long-term partner, Arthur Pita, also a choreographer (and formerly one of the swans in Bourne’s celebrated all-male Swan Lake) like it partly because it is not just dog-friendly but positively dog-loving. They bring their Russian toy terrier Ferdinand (named after the bull in the Disney story, who preferred flowers and poetry to fighting), and he sits and watches the north London world go by while waiters tempt him with filtered water and homemade biscuits. As Bourne orders a big plate of eggs florentine and a coffee, the waiter reminds him that he was also here last night.

He has a rare day off from visits to his acclaimed new touring show, The Midnight Bell, which he wrote and devised based on the Hangover Square novels of Patrick Hamilton and 1930s Soho – as well as intensive rehearsals for The Nutcracker down in Plymouth. Bourne first reimagined The Nutcracker in a more contemporary setting 30 years ago. It’s been a decade since his company, New Adventures in Dance, put it on so there’s a proper excitement to it again. “For most dance companies,” he says, “it’s the annual fixture that brings in the money. They have to do it every year, and they all start to hate it. We’re lucky to have lots of Christmas shows that we do. So for most of our dancers in it, it’s very new to them, the music is even unfamiliar.”

Also, of course there‘s still the undeniable thrill and relief of being back in the studio after the long months of isolation and lockdown. Bourne made a poignant little film while the theatres were closed of some of his dancers performing at home or in their gardens their parts in his staging of The Red Shoes, which was in the middle of a sold-out run when the pandemic started. As a company they’ve fared better than most, he says, because they have only a small number of full-time staff and – fortunately – no permanent building. “But it’s been awful for the dancers. Their career is often quite short and these are precious years, lost.”

Many have found the return quite tough, psychologically. “We’ve encountered a lot of lack of confidence,” Bourne says. Dancers are used to daily repetition, constantly fine-tuning the muscle memory that goes with performance, the lay-off has interrupted that. Bourne recalls how, when he first started working as a choreographer and stopped dancing regularly himself, he completely lost his nerve about being on stage again, even in minor roles. “As soon as you stop,” he says, “you realise what a big deal it is to go and stand in front of people and say: ‘I’m good enough for you to watch. Look at me. I’m worth your money.’”

On a selfish level, however, he says, he quite enjoyed the downtime of the break, a unique interval in a schedule that has taken him all across the country and the globe for 30 years. While the theatres were closed he finished The Midnight Bell, worked on renovating a flat he and Pita have bought in Brighton, and also he says, no stranger to nostalgia, catalogued all of his autograph collection from years ago. That addiction began when his mum took him to see Dame Edith Evans and Friends, the actress’s final outing at the Theatre Royal Haymarket in 1974, when he was 13. “It happened to be the opening night, and all these famous people were there. Mrs Bridges from Upstairs Downstairs, for one, I remember.” After that he was hooked on first nights, premieres. “I got Charlie Chaplin, Fred Astaire, Bette Davis face to face,” he says. Among the collection were signatures that surprised him. “Three Freddie Mercurys, for example, that I’ve got no memory of getting.”

Looking back, the autograph habit was, he understands, a way of wanting to connect with a world that seemed out of reach. But it was also a kind of education in new plays, new actors. He saw everything. “Now of course, if you were thinking of a career in the arts you might think about what college to go to.” His parents fed his passion. His mum was a secretary and his dad worked at Thames Water; they spent all their spare money on theatre tickets. “We were always singing at home; my dad thought he was Frank Sinatra. But West End musicals, never opera or dance.”

The first ballet Bourne saw was Swan Lake when he was 18, at Sadler’s Wells; he was captivated, he says, not by the beauty of it but the weirdness and eccentricity. He taught himself to dance at home. “My first ever dance class was my audition for dance college when I was 21,” he says.

Warren Beatty insisted I call any time. I was invited to Barbra Streisand’s for lunch

He’d come out three years before, but never really to his parents. “It just became apparent,” he says, “and they were always welcoming to my friends. That was a charmed existence, compared to some stories.” With savings from his first job filing at the BBC he went to New York, stayed at the Y – “in that golden moment before Aids” – saw Angela Lansbury in Sweeney Todd, got Andy Warhol’s autograph, and then went to the west coast and did the bus tours of Hollywood homes.

It was Bourne’s landmark Swan Lake that gave him an entry into that world full time. He took the production to LA and was the hottest ticket in town. All the stars came backstage afterwards. “I remember Warren Beatty insisting I call him any time,” he says. “I was invited to Barbra Streisand’s house for lunch [hence the Christmas card]…”

His great fear after that was that he would be a one-hit wonder, defined by Swan Lake. His answer to that was to never stop creating. He has over the years been tempted to choreograph three passion projects from his childhood – Mary Poppins, Oliver!, My Fair Lady – for others. But he has always returned to his regular company. “The important thing for me has been to form a team of people to work with,” he says. “In New Adventures, there are people who have been with me for 30 years. And that’s why the work gets better, I think. There’s so much shorthand that you don’t have if you start from scratch all the time, though it gets hard to find something original as you get older.”

The other thought that crept into his mind during the enforced period of rest was that familiar assessment of where he was up to in life. His parents died a decade ago and since then he has worked to create an alternative family. “I’m 62 in January,” he says, “and beginning to think: ‘Do I want to keep touring and so on?’” He is aware his role has changed, too, in rehearsals: in Plymouth he obviously can no longer get up and demonstrate what he wants from The Nutcracker, as he could when he first devised it. But even as he’s explaining this to me, finishing up a post-brunch beer, I can sense the process has lost none of its original adventure for him. As he well knows, what better balletic drama is there than to dream of a future and to wake up each morning and remember it came true?

Matthew Bourne’s Nutcracker! is at Sadler’s Wells until 30 January followed by a UK tour; new-adventures.net