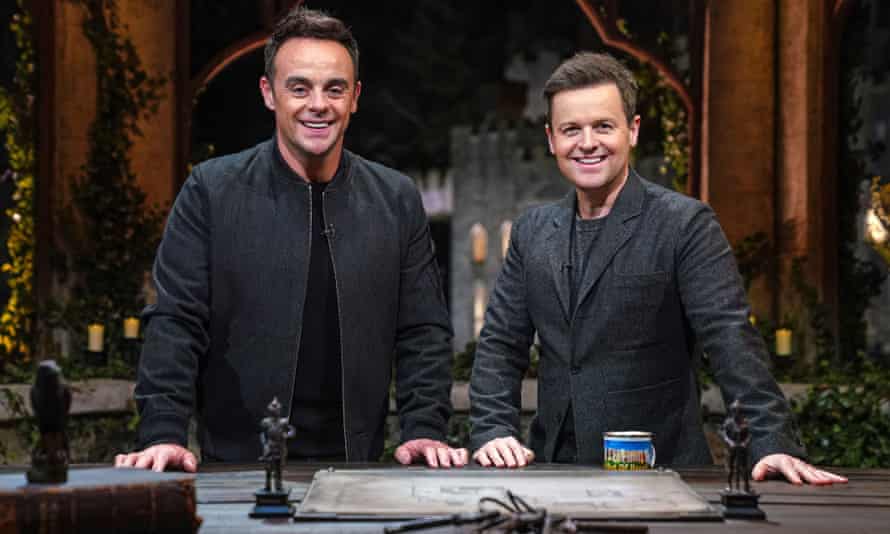 “Aren’t we all having fun? What about you in the back row? Yes, we are all having fun. As much fun as a Downing Street Christmas party!” So runs a gag in the pantomime entertaining families in Greenwich, south London, this month.

And if the government across the river in Westminster were hoping that seasonal festivities might distract from accusations of rule-breaking in No 10 last Christmas, then the nation’s pantomime performers look set to disappoint them.

In fact, no sooner have the wounds inflicted by Ant and Dec, who made an on-air jibe about cheese and wine and secret Santas last week, stopped smarting, than panto dames such as Andrew Pollard, the man behind Greenwich Theatre’s show, take up the satirical theme.

“It is just so ripe for it really,” Pollard told the Observer. “And it is the joy of pantomime that you can throw topical things into the script when you want to.”

Pollard, a veteran of the scene, who is playing the eponymous Queen of Hearts in the production as well as directing his own script, added that, in line with pantomime tradition, his team usually steer away from being “overly political”. But he admits the line about the Downing Street party often wins one of the biggest audience reactions of the evening.

Ant and Dec made fun of the Downing Strret celebrations in I’m a Celebrity … Get Me Out of Here! Photograph: Kieron McCarron/ITV/REX/Shutterstock

At the Lyric Hammersmith, Boris Johnson himself appears to be taking to the boards. The character of the emperor in the theatre’s production of Aladdin is dressed in a blond shock-wig, an ill-fitting blue suit and clown shoes, and is also played by a woman. Yet is quite recognisably a representation of Britain’s current leader.

Much of the action in the show takes place in what is clearly a version of the expensively constructed Downing Street media room. And many other pantomimes across the country are joining in. In Glasgow, where Elaine C Smith stars in Cinderella at the King’s Theatre, the script is stuffed with references to fictional festive gatherings and hypocrisy in high places.

On Tuesday, Ant and Dec entertained viewers of ITV’s I’m a Celebrity … Get Me Out of Here! by making fun of the idea of illicit celebrations. They continued in the next episode, chiding contestants for “trying to get away with things”. The presenting pair occasionally also explicitly address the prime minister, looking directly into the camera to say hello.

Whether all this seasonal merry-making will really mark a change in voter attitudes is harder to predict. It may signal the moment when some of the controversies raging among parliamentary commentators and political analysts begin to bite.

On the other hand, when Matt Lucas impersonated Johnson’s announcements on last year’s opening episode of The Great British Bake Off on Channel 4, it was initially heralded as a very bad day for the Conservative party. Fifteen months on, the same regime remains in power.

‘Nobody told me we were breaking Covid rules’

Piers Corbyn, 74, will face trial in May for breaking Covid rules