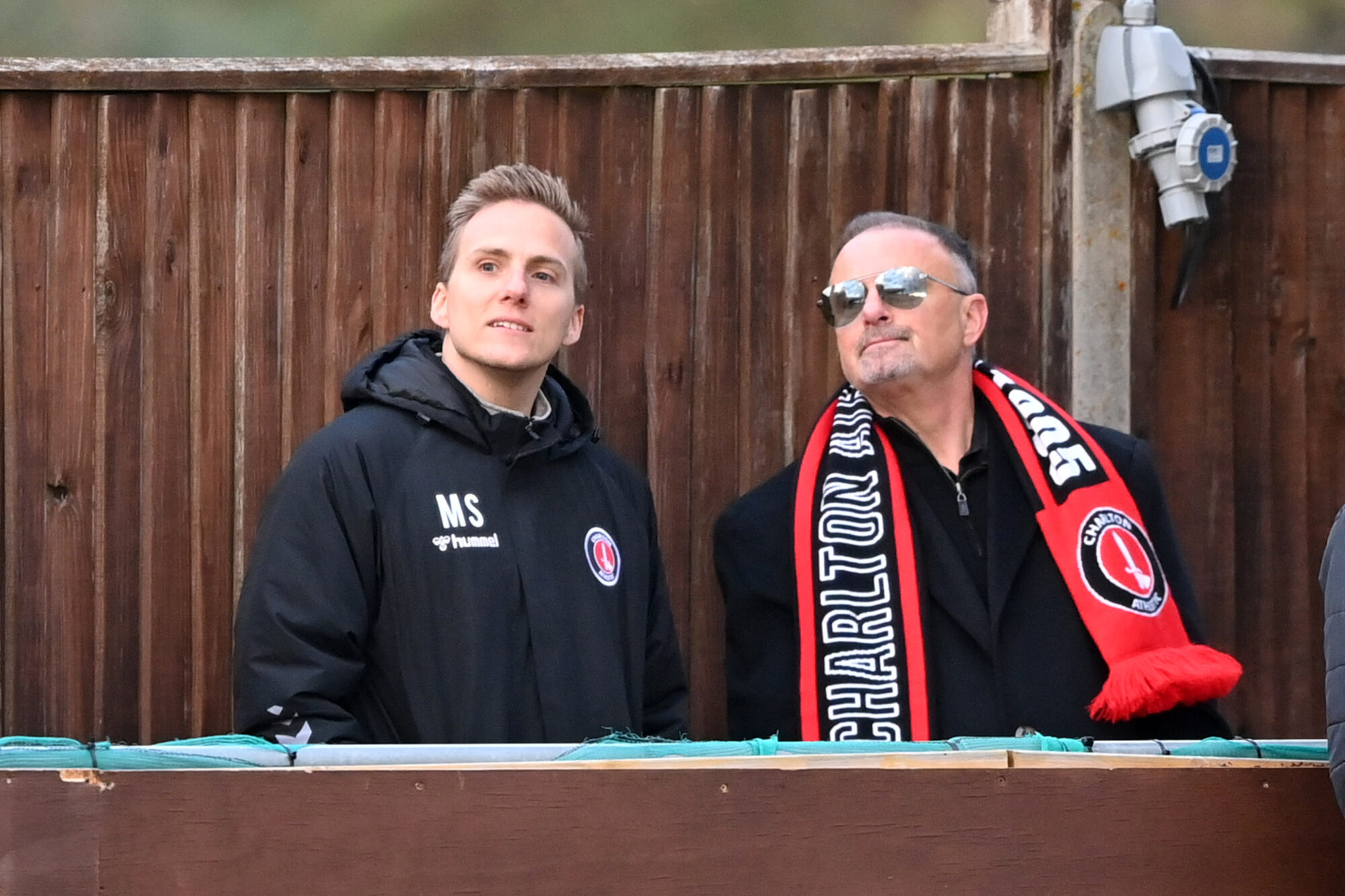 Thomas Sandgaard has spoken about how he views the upcoming January transfer window for Charlton Athletic.

The Addicks have climbed away from the League One relegation battle under caretaker manager Johnnie Jackson.

Sandgaard, speaking to the South London Press in the middle of November, was asked if he would be looking to cut the size of the squad next month.

Midfielder Harry Arter has struggled for game time since a loan move from Nottingham Forest. There is the option to review that arrangement in January.

Ben Watson has also been cast in the role of back-up this season with George Dobson, Alex Gilbey and Elliot Lee the preferred triumvirate in the middle of the park.

Sandgaard, pictured with his son Martin at a recent Charlton Women’s match, said: “The size of the squad, because of the amount of games you play in the season, is probably right.

“I expect we will be doing a mix of investment in very young players, up-and-coming, that we can develop much further and therefore they can keep playing for us as we hopefully move up the ranks. And maybe one, maximum two, loan players to strengthen a couple of positions where we still see we are a little bit weak.

“What was important to me in the summer was that we got the midfield strengthened. We definitely did that. We maybe have too many well-qualified players fighting for the positions in the midfield. It’s a good problem to have.

“Maybe we can use that to our benefit. That was probably where we were weakest last season.

“We’ll see if we need anything more up front. We definitely need more defensively because of injuries and simply we don’t have enough depth there.”

All the people missing from south east London