CHEEKY Gunnersaurus got up to some Jurassic Larks as he photobombed a special marriage proposal at Arsenal’s clash with Southampton.

The mischievous mascot poked his long nose into the fans’ engagement snaps before Saturday’s Premier League game at the Emirates. 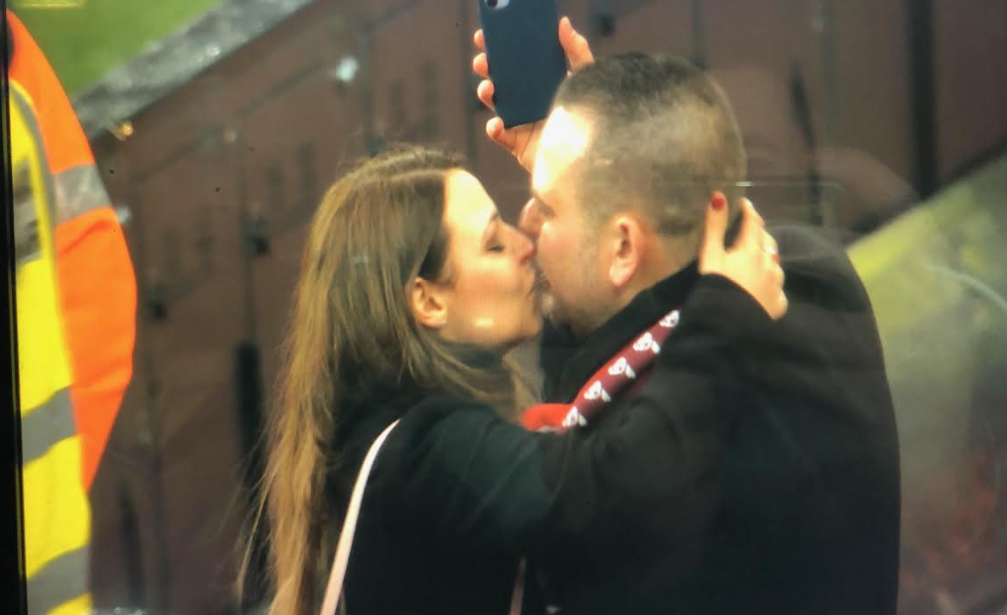 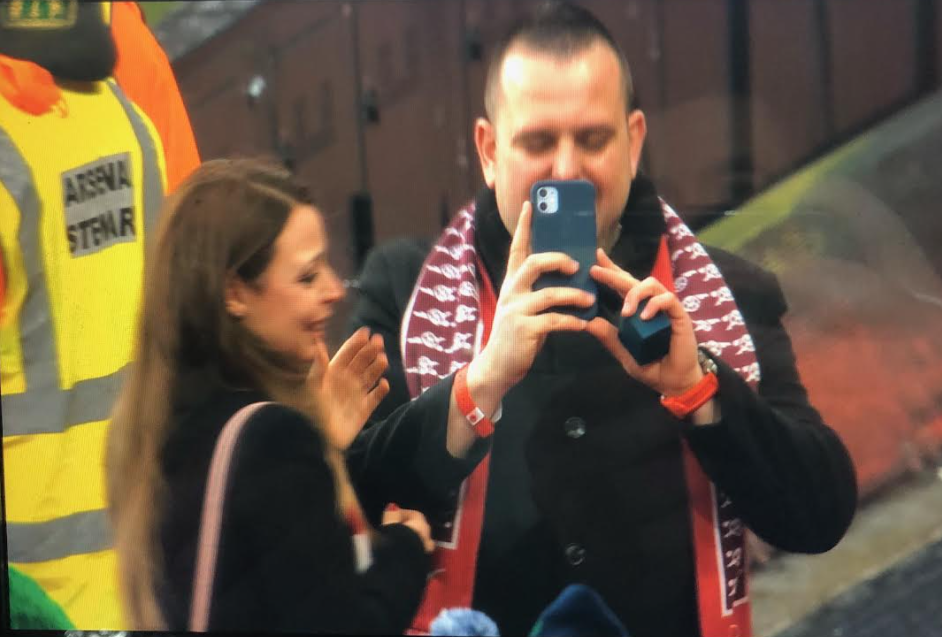 But the couple treated it as a sight for saur eyes as they chuckled when they saw what the prehistoric pre-match entertainer had done.

Gunners’ supporter Dmitri raptor his arms around his girlfriend Kelly as they shared a wintry kiss on their big moment.

Arsenal’s Santa-hatted saurus had seemed eager to sneakily get up close and personal in the background.

It was an expert piece of photobombing – or in this case photo dino-mite.

But it didn’t dampen the couple’s mood as they puckered up in their heavy black coats on a brisk and breezy day in North London.

And even if Gunnersaurus was keen to get his claws into the script, Arsenal themselves read their lines perfectly with a quick double blast.

Bukayo Saka teed up Alexandre Lacazette for the opener against the lowly Saints on 21 minutes.

And Martin Odegaard soon headed the Gunners’ 2-0 up.

Dmitri and Kelly looked on contentedly – hoping that their engagement had put a Tyrannosaurus Hex on Southampton.

And for Gunnersaurus the high jinks confirmed a huge turnaround in his fortunes since the coronavirus struck.

He was one of 55 Arsenal staff members made redundant last year.

Jerry Quy had performed the role for 27 years – but when the cuddly Cretaceous creature returned 13 months ago there was a new insider.

That’s because Jerry was unable to agree terms – so other helpers have been taking it in turns to follow in his footprints. 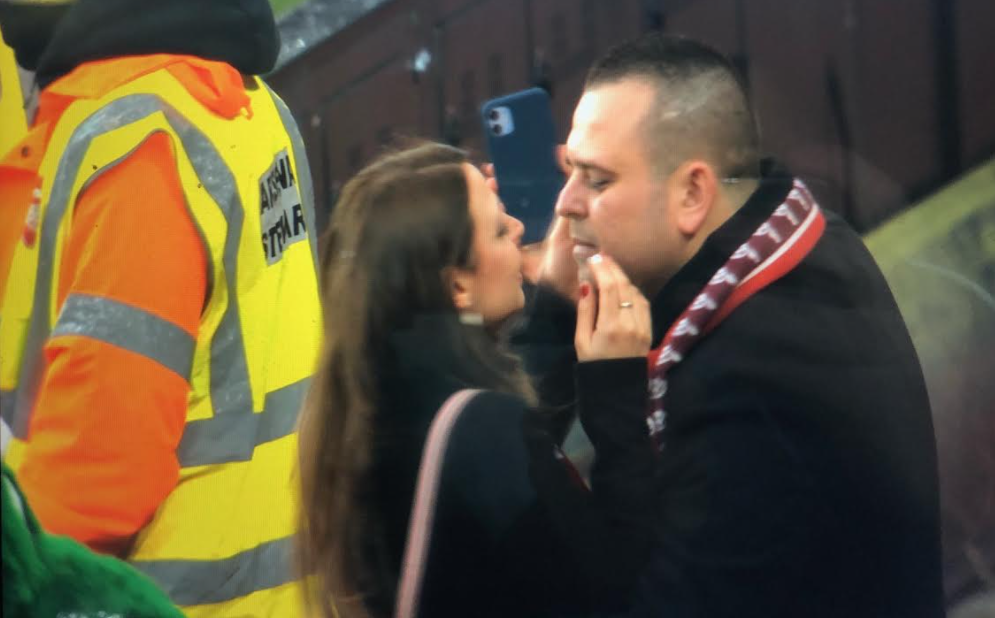 The newly-betrothed couple prepare to pucker up at the Emirates