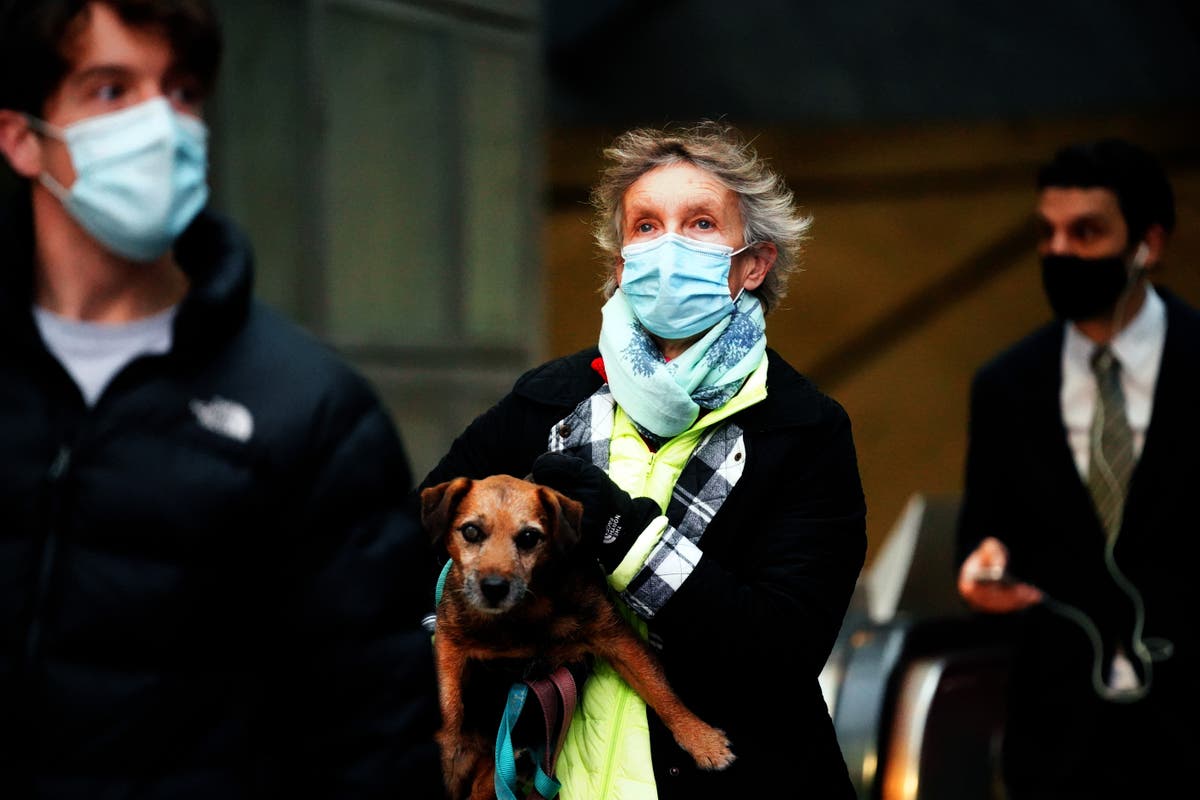 ondon is seeing a sharp rise in Covid cases with infections increasing in every borough, figures revealed on Friday.

The warning came as face masks became mandatory in more settings including cinemas, theatres and churches while the Government rolls out its new “Plan B” restrictions.

Meanwhile controversy continues over several Government staff “gatherings” held towards the end of 2020.

The Welsh Government will review its coronavirus guidance on a weekly basis over winter in response to the threat from the Omicron variant, shifting away from the current three-week cycle.

First Minister Mark Drakeford warned the public to prepare for the number of Omicron cases to rise “quickly and steeply” over the coming weeks.

Speaking at a press conference on Friday, he said: “We don’t yet know how serious this form of the illness will be, but the sheer speed at which the variant moves means it has the potential to infect large numbers of people.”

He continued: “That would then translate to a large number of hospital admissions over the next month just at the time the NHS is already under severe and intense pressure.”

Universities should ‘move lessons online’ to protect students before Christmas

Universities should move lessons online for the final week of term amid concerns around the spread of Omicron, a union has said.

The University and College Union (UCU) is calling on institutions to switch classes from face-to-face to online to protect students ahead of Christmas.

The plea comes after the Department for Education (DfE) told universities to “remain open for face-to-face teaching as planned” after the Government announced Plan B restrictions.

Imperial College London has already asked staff to move their teaching online for the final days of term amid a rapid rise in Covid-19 cases on campus.

The University of Oxford has said there were 170 active Covid-19 cases at the institution as of December 8, an increase of 33% on the previous week, with many confirmed as being the Omicron variant.

The union, which represents university and college staff, says moving lessons online for the final week can reduce social mixing and allow students to return home for Christmas before cases rise further.

It adds that employers should be prepared to move beyond government guidance to protect staff and students from outbreaks on campuses.

The government has denied that it is planning to introduce further Covid restrictions in England.

A spokesman for the Prime Minister said: “We have introduced measures which are appropriate and have no plans to go beyond that.”

However, he said that the government “will act if necessary”, adding that there is “an array of options available to us”.

Coronavirus infections increased in England and Northern Ireland over the last two weeks, while remaining steady in Wales and decreasing in Scotland, new data suggests.

Around 891,500 people in England had Covid – the equivalent of around one in 60 people – in the week ending December 1, according to ONS estimates.

In Northern Ireland it is estimated that 39,300 people had the virus in the week ending December 1, equating to around one in 45 people.

In Wales, the percentage of people testing positive for Covid appeared stable over the past three weeks.

According to the figures 60,300 people in the country had the virus – around one in 50 – in the week ending December 1.

Meanwhile, the number of people testing positive in Scotland fell in the week ending December 2 2021.

The drop in numbers suggests that tens of thousands of people in the capital have already started working from home ahead of the introduction of the new guidance.

Transport for London has said demand for Tube and bus services has reduced since last week.

A TfL spokesman said: “The Government’s decision to require people to work from home from Monday will naturally result in a drop in TfL’s ridership.

“We continue to assess what impact this announcement will have on overall ridership levels, and crucially our operating income which relies heavily on fares revenue.”

Scotland faces a “tsunami” of Covid cases with Omicron likely to replace Delta as the dominant variant within days, Nicola Sturgeon has warned.

The first minister urged people to cancel Christmas parties as she warned cases of the new variant are rising “exponentially”.

Scotland recorded 5,018 cases of the virus in the past 24 hours – a significant increase on the recent daily average of 2.800 infections.

Cases of the new Covid-19 variant could reach just shy of 25,000 a day before the end of the month, a Scottish Government evidence paper has said.

Downing Street said on Friday it is liaising with the Ministerial standards watchdog Lord Geidt after new evidence raised fresh questions over the refurbishment of the Prime Minister’s flat.

On Thursday the Electoral Commission fined the Conservative Party £17,800 for failing to properly declare donations from the Tory peer Lord Brownlow to help cover the cost of the works on the flat above Number 11 Downing Street.

A Downing Street spokesperson has confirmed the Christmas party planned for this year won’t go ahead, according to the BBC.

Boris Johnson has also made it clear he has “full confidence” in director of communications Jack Doyle and in Ed Oldfield, who appeared in the leaked video.

The Prime Minister’s official spokesman was asked whether there would be a published Plan C, if current measures did not work.

He said: “There’s no plans to go beyond what we’ve set out already.

“Obviously we need to keep the characteristics of this variant under review, and we would act if necessary, but there’s no plans to go beyond what we set out.”

He said: “As a responsible Government, of course, you would expect us to… we have an array, already, of options available to us in terms of what measures we can take to mitigate a growth of any variant or virus.

“But there are no plans to go beyond that currently.”

A YouGov poll has found 1 in 10 Brits would refuse to follow restrictions over Christmas after the way No 10 staff acted.