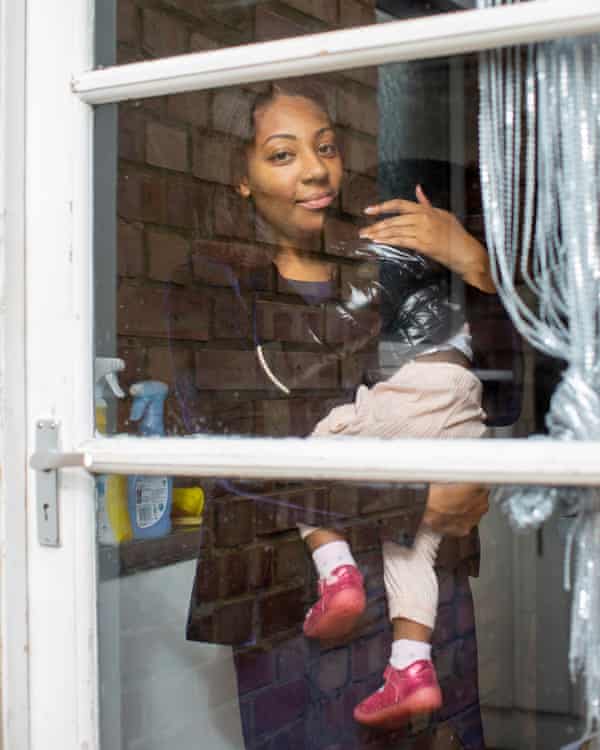 Checks on the private rented sector are in “chaos”, the chair of the Commons public accounts committee has said, after the government’s spending watchdog found squalid homes are costing the NHS £340m a year.

Nearly 600,000 private rented homes in England, about 13%, have been classed as a serious threat to health and safety, according to the National Audit Office (NAO), while nearly a quarter are “non-decent”.

The watchdog said the findings were “concerning” and added that Michael Gove’s Department for Levelling Up, Housing and Communities did “not yet have a detailed plan to address the problems that renters face” and lacked understanding on problems plaguing some private tenants, such as harassment and eviction.

Evictions are returning to close to pre-pandemic levels and this week, the renters’ group Generation Rent estimated that at current rates, 83 households will be evicted in England and Wales every working day, including 28 renter households thrown out through the “no fault” eviction process that the government has said it would ban. It is calling for a “winter truce”, repeating the evictions ban during earlier waves of the Covid pandemic.

Private tenants face a “postcode lottery” over the standard of their homes, said Meg Hillier, MP for Hackney South and Shoreditch and chair of the chair of the public accounts committee. “It’s often society’s most vulnerable who suffer the most,” she said. “The department’s approach to regulation has been piecemeal.”

There are more than 4.4m privately renting households in England, and their homes are more likely to be classified as “non-decent” than social housing or owner-occupied homes.

Separately, councils have said there has been an increase in landlords selling up or converting long-terms rentals into Airbnbs for short lets, causing housing waiting lists to lengthen, more people to lose their homes, and making it more difficult to find permanent accommodation for those in need.

Hillier said the government needed “to bring some order to the chaos and set out a clear vision for the private rental market and ensure that the growing number of tenants whose only prospect of long-term housing is in the private rented sector are better supported”.

Krystalrose Shirley, 27, in her kitchen with her daughter. Photograph: Alexandra Smart

Krystalrose Shirley, 27, a private renter who lived with her three-year-old daughter for two-and-a-half years in a mould-ridden flat in north London, said: “Emotionally and physically it affected me and my daughter in every single way. There was a period when I was afraid to turn on my light in my bedroom because I was afraid of the mould. I would spend all my time in the kitchen to not breathe in the toxins. There were mushrooms growing under mine and my daughter’s beds.”

The landlord did not fix the problem, instead supplying a de-humidifier. “This problem needs to get sorted out,” Shirley said. “So many people are suffering in silence.”

Gareth Davies, head of the NAO, said: “The proportion of private renters living in properties that are unsafe or fail the standards for a decent home is concerning. The government relies on these tenants being able to enforce their own rights, but they face significant barriers to doing so.”

Ben Beadle, chief executive of the National Residential Landlords Association, said regulation needed to focus better on “rooting out criminal and rogue landlords who bring the sector into disrepute”. He called for a more strategic approach and criticised “a proliferation of initiatives such as licensing, banning orders and a rogue landlord database with little evidence to show they are working”.

Jack Wagstaffe, branch chair of Acorn, a community union in Newcastle, said: “What we see all the time is that properties aren’t in a liveable state, but nothing is being done through official channels, which is why we operate.”

Polly Neate, chief executive of Shelter, said people calling the housing charity’s emergency helpline “feel powerless to challenge their landlord. In the worst cases they end up homeless,” she said. “We predicted the pandemic would trigger a rising tide of evictions and our services are starting to see the reality of this.”

The government has delayed a white paper on private renting, that is expected to include the end to no-fault evictions, until next year. It was originally expected this autumn.

The Department for Levelling Up, Housing and Communities has been contacted for comment.

ITV The Chase: Bradley Walsh reveals how the lawyers on set stop the show from ever being a ‘fix’