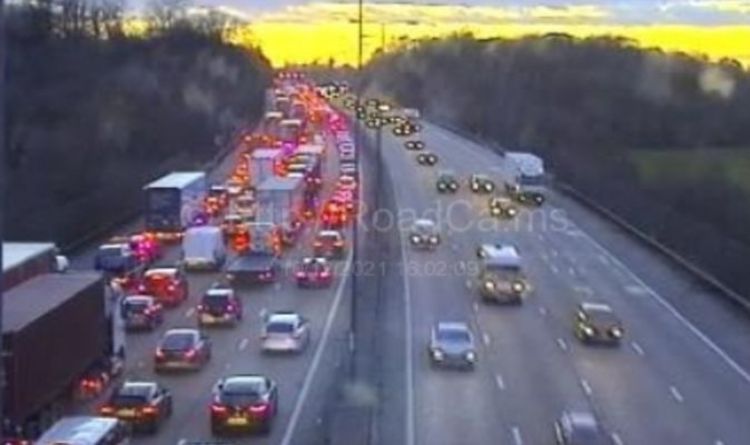 The incident took place on the clockwise M25 between J10 for Guildford and J11 for Chertsey, Three lanes were shut at around 3pm, while responders attended the scene.

Motorists have been told to expect around four miles of queuing traffic and delays of half-an-hour to journey times.

“Traffic Officers are on their way to the scene. There is approx. 4 miles of congestion on approach.

“Please add an extra 30 minutes on to your current journey time.”

A car was involved in the collision at J10 near the Wisley Interchange, BBC Radio Surrey travel reports.

All traffic was temporarily held at J10 from the A3 exit.

The latest traffic cameras show congestion building back to J9 for Leatherhead.

The M25 is experiencing further delays on the clockwise stretch around west London and Hertfordshire.

At around 4pm, National Highways confirmed the incident between J10 and J11 has been cleared to the hard shoulder.

All four lanes have now reopened, and motorists should expect to add more time to their journeys.

National Highways tweeted: “Collision has been cleared to the hard shoulder and all lanes reopened on the #M25 clockwise between J10 (#A3 / #Wisley) and J11 (#Chertsey).

“Please allow extra time for the congestion to clear.”