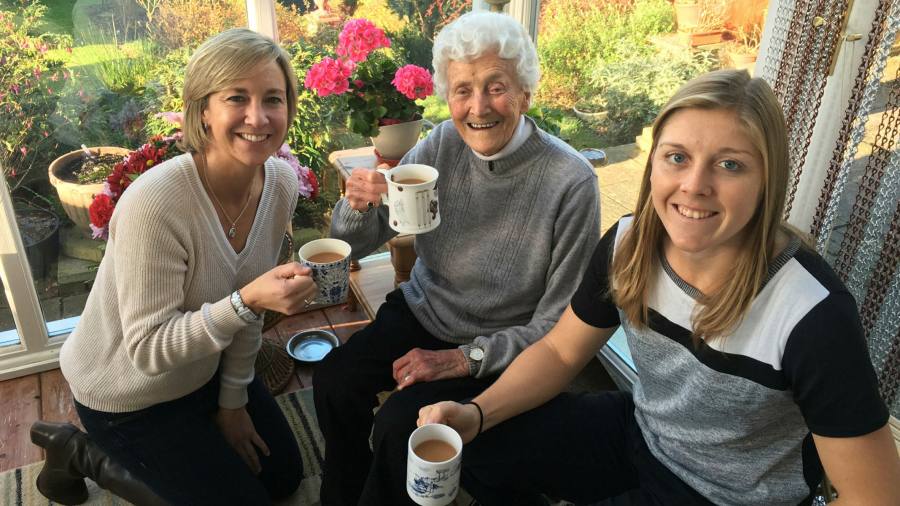 In England, the birthplace of cricket, small numbers of women began playing the sport in the 18th century, not long after the first organised men’s matches. But for the next 200 years and more, cricket in England, Australia, India, South Africa and other countries wore an almost exclusively male face. Batters, bowlers, wicketkeepers, umpires, scorers — pretty much everyone, in fact, except the ladies who prepared the lunches and teas — were men.

Eileen Ash, who has died at the age of 110, knew this history as well as anyone, but that did not deter her from playing the game she loved. Her uncle presented her with a cricket set when she was five — “I . . . took them to bed with me, bat and ball and the stumps,” she recalled — and she never looked back.

She lived longer than any Test cricketer, man or woman. When she received her second Covid-19 jab in January, she was thought to be one of the world’s oldest vaccinated people. “She lived through the Spanish flu crisis [in 1918-1920] as a child and is almost never ill,” her son Christopher said. She attributed her long life to smiling a lot, liking people, yoga, apples and, most days, a glass or two of red wine.

Ash enjoyed a successful but not spectacular cricketing career. A right-arm medium-fast bowler, she played seven Test matches — the long version of the sport, played between national teams over several days, which purists regard as cricket’s highest form. She took 10 Test wickets at an average of 23.00 and scored 38 runs at an average of 4.75.

She might have played more Tests, but her career was interrupted by the second world war. During that contest, and for several years after 1945, she worked for Britain’s secret intelligence service, known as MI6. She maintained a prudent life-long silence over what her duties had involved.

Ash achieved most of her fame after she had completed her century in terms of years lived. In 2016, at the age of 105, she took part in a televised reality show in which she retook and passed her driving test.

One year later, she was given the honour of ringing the pavilion bell at Lord’s, the ground in north London that is the symbolic home of cricket, to signal the start of the women’s World Cup final between England and India. In a sign of the sport’s rapid progress since the first women’s final in 1973, all 25,000 seats were sold out before the match and touts lurked outside Lord’s on the day of the final, meeting the demand for black-market tickets.

Cricket commentators recalled that she spent the day sipping Champagne and flirting with Sir John Major, one of several British prime ministers, including Clement Attlee and Theresa May, with a passion for the sport. Ash liked golf, too, but she gave that up when she was 98.

Born Eileen Whelan on October 30 1911 in Highbury, not far from Lord’s, she attended a Catholic convent school and went on the field for her father’s local men’s cricket team whenever they were a player short. A skilful hockey player as well as a cricketer, she found a job aged 18 in the civil service, which, fortunately for her, had a women’s cricket team. “The civil service gave you days off if you played for England or your county. I thought it was a jolly good way of getting a couple of days off!”

In this era women cricketers were a hardy band of enthusiasts who were paid nothing, not even expenses, for playing the game at club or national level. Men’s cricket, too, exuded an amateur ethos that distinguished it from football, a mass sport thoroughly professionalised long before the second world war. Though many male cricketers earned a living from the sport, the amateur status of players in the men’s game was not abolished until 1962.

Playing under her maiden name, Ash made her international debut in 1937 against Australia, three years after the inaugural women’s Test — the first men’s Test was in 1877. She finished her days in England colours on a 1948-1949 tour of Australia and New Zealand, having paid £200 to fund her trip.

One of her most treasured possessions was a bat signed in her honour by Sir Donald Bradman, the Australian batter generally viewed as the greatest cricketer to have played the sport. She kept The Don’s bat by her bedside, too, “in case of burglars”.

She married Wilfrid Ash, the deputy head of a London comprehensive school, with whom she had their son Christopher. Her husband died in 2004.

Clare Connor, managing director of women’s cricket for the England and Wales Cricket Board, said: “Our sport owes so much to its pioneers and Eileen was one of them.”