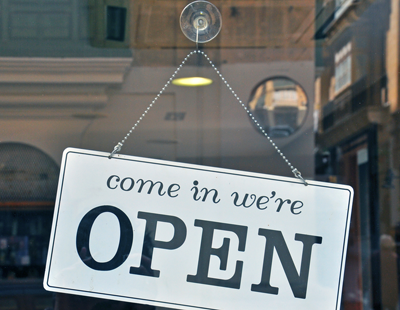 In November 2018 Bob Crowley – one of the founders of Agent & Homes, which had launched six months earlier – told Estate Agent Today: “Like most agents who have worked on the high street in the past, we’re of the opinion that a high street presence and shop front is no longer needed for a modern agency to be successful”.

Three years on, and the company – which majors in London property – admits it’s still defining what its role as a hybrid agency actually means.  Until now it’s used a non-High Street office in Notting Hill as a hub from which its self-employed branded agents can operate. Agents could base themselves at the hub or work from their homes.

However, it’s now opened a traditional branch on the High Street in nearby Ladbroke Grove to complement its Notting Hill Hub.

Chief executive Rollo Miles says: “Our fight is not with the High Street but with how agents are rewarded and paid. To date most of our 50 self-employed agents work off their little black book and keep between 70 and 80 per cent of any fees they generate.

“So, to keep it simple, if they sell a house for £1m they can take home up to £8,000 – happy days! However, what we have found is that in order to be super-successful hybrid agents need to find a way of complementing their existing network of clients and gaining new ones, just like traditional agents do.”

Now as part of its growth plan Agent & Homes is rolling out physical hubs – which may well be High St offices – to support its self-employed agents. Where it has a cluster of agents working, it will open a local hub to support them.  The aim is to have 10 of them in London.

“Gone are the rows of desks, the fishbowl look – instead our hubs feel like a living room and are inviting” says Miles.

“They match our marketing and branding, which is all about people and objects and the home, objects that we collect in common and bring us together, what advertisers refer to as the ‘pebble bowl’ approach. The public feel like they can pop in for a property conversation in a relaxing environment. The idea is to get away from estate agency by numbers and reintroduce localism to our profession, just as we say with our motto: Estate Agency Reinvented.”

Agent & Homes says this move now offers a clear growth path to agents who want to take the self-employed model to the next level, allowing them to open their own Agent & Homes franchise to complement what they have built up, while remaining self-employed.

“What we are doing is staying ahead of the curve and recognising that some agents want more for themselves – but also from us – and the big challenge for all hybrid agents is to be able to deliver fresh valuation leads to their agents – which we are recognised champions at doing” concludes Miles.

COVID-19: What will the pandemic mean for the UK in 2022? Experts give their predictions | UK News