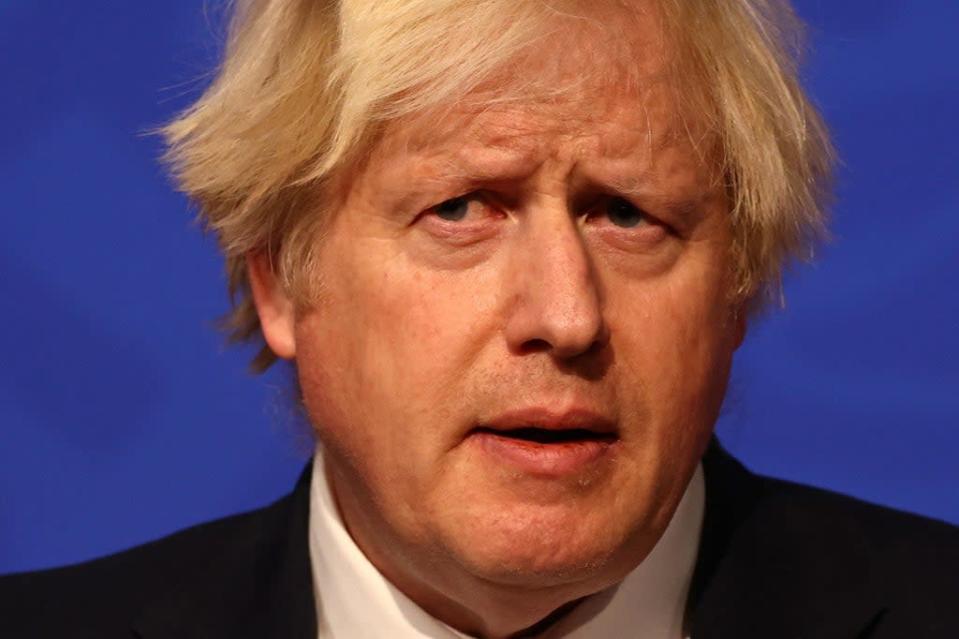 The probe into alleged Covid rule-busting parties in Government has been widened to include three gatherings.

Downing Street parties on 27 November and 18 December, and at the education department on 10 December will be examined for Covid rule breaches.

The two December dates coincide with when mixing between households in London was restricted, with England in a month-long lockdown during November.

Cabinet Secretary Simon Case has chosen to extend the probe beyond the main allegation that a Christmas party took place in Downing Street only 24 hours before the Government announced Christmas was cancelled.

The latest announcement means that some claims, including that there was a party in Mr and Mrs Johnson’s No 11 flat on November 13 – the night the Prime Minister’s former chief aide Dominic Cummings departed – is not currently included in the scope of the review.

Answering an urgent question in the Commons, Cabinet Office minister Michael Ellis said: “The primary purpose of the Cabinet Secretary’s investigation will be to establish swiftly a general understanding of the nature of the gatherings, including attendance, the setting and the purpose, and with reference to adherence to the guidance in place at the time.

“If required, the investigation will establish whether individual disciplinary action is warranted.”

The Paymaster General said that any evidence of potentially criminal behaviour “will be referred to the police and the Cabinet Office’s work may be paused”.

Ministers, special advisers and civil servants will be “expected to co-operate with this investigation”, said Mr Ellis, who added it would be for Mr Case to determine how long his inquiry lasts.

MPs were told the Cabinet Secretary was “not at any relevant gathering” included in the review.

Downing Street had refused on Wednesday to explicitly declare that Mr Case had not been at the December 18 event, where staff and aides are said to have drunk together, eaten cheese and swapped Secret Santa presents.

Fleur Anderson, Labour’s shadow Cabinet Office minister who asked the urgent question, called for the Government to “be straight with the British people” over what happened last year.

Conservatives also demanded answers over who had given reassurances to Mr Johnson that coronavirus regulations had been followed, with Kettering MP Philip Hollobone going so far as to suggest “possibly criminal” behaviour might have taken place.

Mr Case’s inquiry was ordered by the Prime Minister after a leaked video emerged showing Downing Street aides laughing about a “fictional” party at No 10 in December 2020.

The Commons announcement means that an alleged staff leaving do on November 27, which the Daily Mirror said the Prime Minister attended to give a farewell speech, will be investigated.

Downing Street was asked on Thursday how long the Prime Minister stayed at the goodbye party.

His official spokesman said: “There is an ongoing piece of work by the Cabinet Secretary, I’m not going to comment on specific allegations while that’s ongoing.”

DfE has already conceded that its December party, which the Mirror has suggested former education secretary Gavin Williamson spoke at, was a mistake, with the department saying “it would have been better not to have gathered in this way at that particular time”.

Meanwhile, Health Secretary Sajid Javid, who was not in Government at the time the parties are said to have taken place, repeated his past comment that he had been given assurances by senior officials that no Covid rules were broken last year.

Allegra Stratton, a former spokeswoman for the Prime Minister who featured in the rehearsal, has since resigned.

Following the saga of what went on in No 10, the Tories have come under further pressure after they confirmed that an event organised by Shaun Bailey’s failed London mayoral campaign took place in the party’s Westminster headquarters on December 14 while the capital was in tier 2 restrictions.

According to the Times, the “raucous” party took place in the HQ’s basement, was attended by No 10 aides and featured dancing and wine-drinking into the early hours despite indoor social mixing being banned at the time.

Four party staff members have been disciplined, the party said.

Meanwhile, Commons Leader Jacob Rees-Mogg has confirmed to MPs that the Commons is still scheduled to rise for Christmas on December 16, amid reports the recess could be brought forward in order to allow Mr Johnson to avoid next week’s final Prime Minister’s Questions before the festive break.

Will the party scandal make you less likely to follow Covid rules?

Will the party scandal make you less likely to follow Covid rules?

COVID-19: What will the pandemic mean for the UK in 2022? Experts give their predictions | UK News