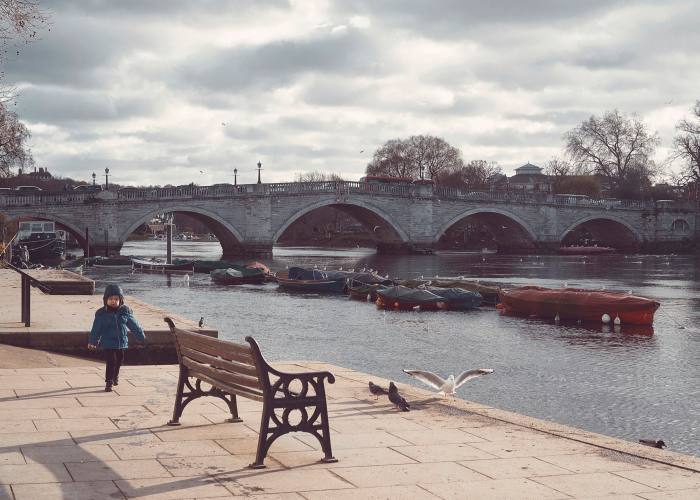 In a new version of the classic board game Monopoly, rather than face tax bills and win dividends, players may be awarded money for braving an early-morning swim in the river Thames; or they can cede Monopoly dollars for losing control of their dog among the deer in Richmond Park.

Such scenarios in the Richmond-upon-Thames edition were among those suggested by local residents of the affluent town in south-west London prized for offering a taste of country living on the fringes of the city. Replacing London’s Mayfair district as the most salubrious spot in the original Monopoly is The Terrace View, referring to a platform on Richmond Hill with a sweeping view of the Thames meandering between woods and meadows.

Situated in the borough of the same name, with the 2,500-acre park on one side and Kew Gardens on the other, Richmond has been voted the happiest place in London to live for seven consecutive years in the property portal Rightmove’s annual poll.

The price of entry is high, however. The average property sold so far this year in Richmond is £803,700, considerably above the London average of £523,300, according to Hamptons using Land Registry figures, with the average house at £1,108,451.

The number of £1m+ sales — 486 in January to August 2021 — is the highest on record for that period in any year, according to Hamptons’ data. The Savills prime London index, which puts the average value of a house at about £2.8m, rose 3.2 per cent in the third quarter and 7 per cent year on year.

Richmond is also good at retaining residents. Of the sales for Hamptons this year, 43 per cent have been within the area, which consists of the TW9 and TW10 postcodes.

Riverside Richmond: ‘one of those places that people tend to move to and then never leave,’ says a resident © Tom Jamieson

“Richmond is one of those places that people tend to move to and then never leave,” says Barry May, chair of the Richmond Society, which has drawn up a manifesto addressing how the high street needs to adapt to changing retail trends. The recent arrival of Spanish restaurant Tapas Brindisa and also an outpost of Mayfair institution Scott’s next year is a vote of confidence in Richmond town centre, where pandemic closures include Jo Malone, Cos, Molton Brown and House of Fraser stores.

May says the society aspires to foster a “10-minute neighbourhood” where everything essential is within a short walk. That this is possible for many residents already might explain why some don’t move far. Carolina, her husband and three children last week moved from a four-bedroom semi-detached house to a five-bedroom detached house two roads from Richmond Park. “We decided to get more living space whilst struggling to work from home and being closer to green space became much more important to us,” says Carolina, 40, who prefers not to use her full name. “We did consider nearby areas that are more affordable — but St Margaret’s lacks the good transport links; Kew doesn’t have the park or the train link into Waterloo.”

A choice of good private and state schools was also crucial — their new home is in the catchment area for The Vineyard School, one of the popular state options rated outstanding by the educational standards body Ofsted. In this neighbourhood south of Paradise Road— Richmond Hill — prices get higher as the roads get nearer the park, the houses larger as the hill ascends.

There have been a number of big-ticket sales of £5m-£10m in this area, says Daniel Hutchins, head of sales at the Richmond office of Savills: “A five-bedroom, 3,600 sq ft house recently sold for its guide price of £4.9m to a family from Islington — at £1,350 per sq ft, it’s better value than prime central London.” Some of the biggest houses on Richmond Hill go up to 5,000-6,000 sq ft but they rarely come up for sale. 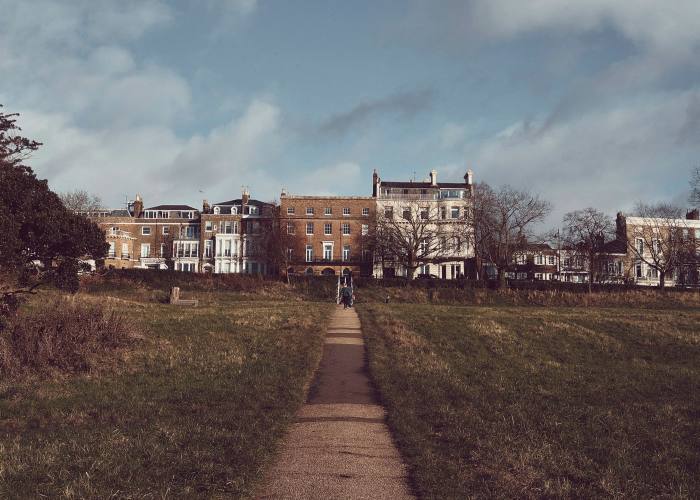 On Richmond Hill, there have been a number of big-ticket sales of £5m-£10m © Tom Jamieson

While the international market has been slow to return after the travel restrictions of the pandemic, a new type of buyer is emerging: those who would have traditionally bought in Notting Hill, Chelsea or Kensington are looking at Richmond as they seek more space and greenery, according to James Burridge of The Buying Solution, a buying agency. “For many this seems relatively good value when compared to spending £10m-£15m for the equivalent 3,000 sq ft family home in Chelsea.”

The best homes rent for £5,000-£10,000 a month, and both corporate lets and private rents have recovered from a dip in 2020. A few European families — The German School is in nearby Petersham — and Americans have returned, says David Reed of Antony Roberts, an estate agency: “Senior tech executives and embassy staff like Richmond because it offers a London-meets-Surrey lifestyle.” The average gross yield of 4.5 per cent for rentals has remained consistent since 2015, according to Hamptons.

Downsizing from one of the large houses on the hill to a flat is a trend, and there are a number of retirees in the The Star & Garter, the refurbished Grade II-listed former home for injured servicemen on Richmond Hill. A two-bedroom apartment costs £1.8m (through Knight Frank).

Arlene Kuhlmann bought one three years ago, after living in the area since 2013. “It’s a bit like living in a five-star hotel with swimming pool and concierge,” she says. “I use the courtesy car for shopping and there are dog-friendly pubs nearby. Being close to Heathrow is useful for visits from my children, who all live overseas.” There’s also a certain cachet to living in one of the Georgian or Victorian properties overlooking Richmond Green, a 12-acre park that was once home to medieval jousting. Hutchins says he has just sold a two-bedroom flat there to an Australian buyer for £925,000 sight unseen.

With good-quality one-bedroom flats from around £350,000 and two-bedroom properties at £500,000-£1m, this is still beyond many first-time buyers. Homes in The Alberts — a cluster of parallel streets off Albert Road of two-up, two-down Victorian workers’ cottages — sell from about £750,000 to young couples. The area is known for its street parties and the Alberts Deli gastropub.

Zoe Smith, who moved from Manchester in north-west England to Richmond in 2019 with her 10-year-old daughter, rents a two-bedroom flat near North Sheen station, though doesn’t expect to be able to buy there: “I moved here for family reasons and love it. It’s slower paced than central London, with a great sense of community and it feels very safe and secure.”

A keen cyclist who commutes to her job in Marylebone four days a week — a 40-minute journey — she is unfazed by the attack in the park on a cyclist in October, when four men on motorbikes with machetes stole his bike, and traffic on the “Tour de Richmond Park” segment on Strava, an athletes’ route-tracking app, dipped by 80 per cent. 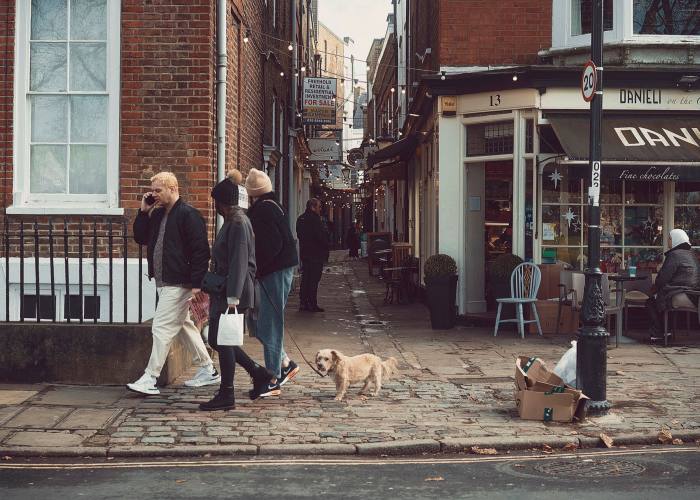 There is a slower pace than in central London, with a great sense of community © Tom Jamieson

The Royal Parks is continuing to trial measures to reduce cut-through traffic until March 2022, but traffic within Richmond is an “intractable problem”, according to the Richmond Society — along with any suggested expansion of Heathrow. Proximity to the airport brings a certain amount of noise but it also helps attract tech multinationals such as PayPal and eBay.

About 350 local businesses in the Richmond Business Improvement District, branded as Be Richmond, pay extra business rates to provide a pot of £600,000-£650,000 yearly towards environmental improvements and greening measures. “We want to create a new town square to link the river to the high street,” says Ann Chapman-Daniel, chair of Be Richmond. “Richmond has a great theatrical tradition, yet lacks a central civic space for performance.”

The organisation is also pushing for a pedestrian/cycling bridge on the Thames that would help with traffic congestion crossing the river. Chapman-Daniel hastens to add that any such project would not interfere with the highly prized (and Parliament-protected) view from Richmond Hill.

£775,000 A two-bedroom, split-level maisonette with a private rear garden. The property, which has a share of freehold, is a 15-minute walk from Richmond Tube, Overground and rail stations and seven minutes from North Sheen rail station. For sale with Marsh & Parsons. 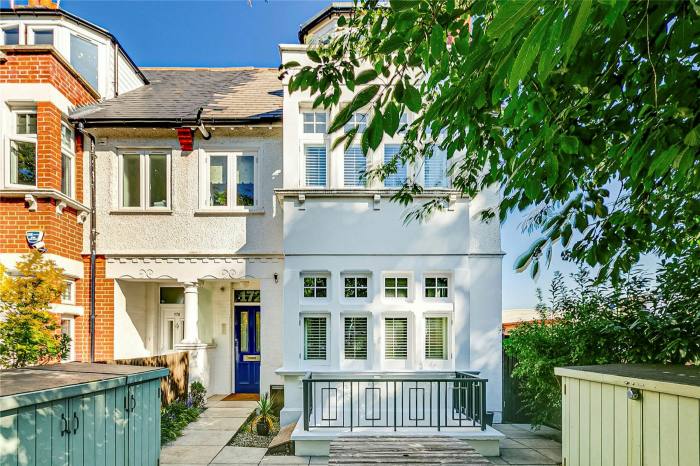 £3.65m A five-bedroom, four-bathroom detached Victorian house with 3,084 sq ft of living space, a south-facing garden and period features including fireplaces and sash windows. The property is just steps from the Lion Gate entrance to Kew Gardens. On the market with Savills. 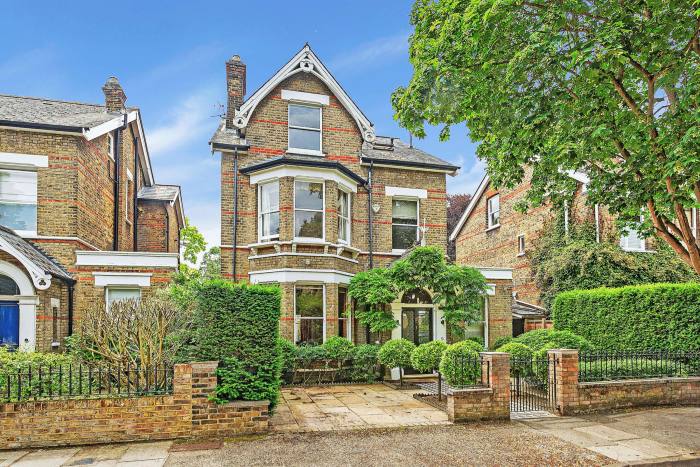 £7m A Grade I-listed, five-bedroom Georgian town house, built c1719 in the grounds of Richmond Palace as lodgings for the maids of honour to the Princess of Wales, wife of George II. The three-storey home has nearly 5,000 sq ft of living space. Available through N&N Richmond. 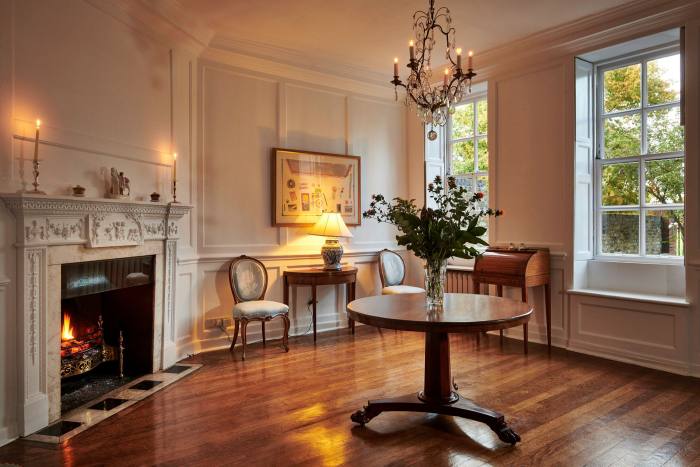 Appeal for witnesses: after man 82 hit by car in Gunnersbury