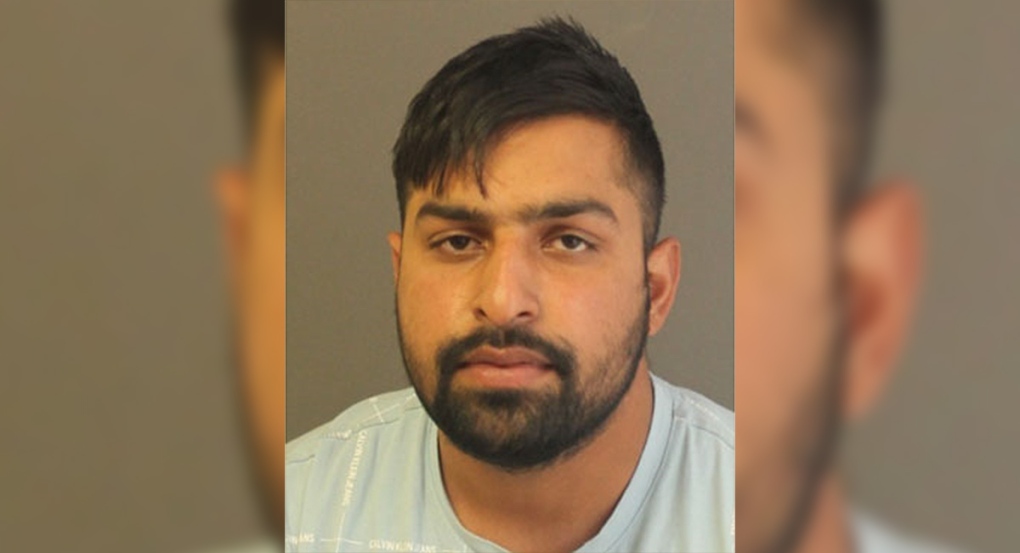 A London, Ont. man who had already been charged with multiple counts of criminal harassment is facing more charges.

Earlier in November, London police had also issued a public safety warning about 22-year-old Saranjeet Singh, after he was released on bail.

Police say Singh was arrested on the weekend after an incident around 10 a.m. Saturday in the area of Adelaide Street South and Commissioners Road East.

In the incident, investigators say a 28-year-old woman was assaulted by a male suspect who first watched her, then crossed the road and grabbed hold of her.

The woman was able to free herself and ran into a nearby business to call police, while the suspect remained outside the business and continued to watch her.

The woman was not physically injured in the altercation and the male suspect was located by police and charged.

Singh is now facing charges of assault, criminal harassment by threatening conduct and failing to comply with a release order in connection with Saturday’s incident.

He was being held in custody pending a court appearance on Tuesday.

Singh had already been charged with six counts of criminal harassment by repeated following in connection with four separate incidents in the area of the Western University campus.

Those incidents, in which women were repeatedly approached or followed, occurred in late October.