Mercedes: “Both parties have subsequently concluded that it is not appropriate for the partnership to move forward at the current point in time, notwithstanding its intended positive impact, and we have therefore agreed that it will be discontinued with immediate effect”

Mercedes and Kingspan have mutually agreed to end their F1 partnership after heavy criticism of the deal.

Last week Mercedes announced a deal with Kingspan, a firm which made some of the insulation used on Grenfell Tower, the west London tower block that caught fire in 2017, killing 72 people.

“The Mercedes-AMG Petronas F1 Team and Kingspan today announced that they have mutually agreed to end their partnership,” said F1’s world champions in a statement.

“However, both parties have subsequently concluded that it is not appropriate for the partnership to move forward at the current point in time, notwithstanding its intended positive impact, and we have therefore agreed that it will be discontinued with immediate effect.” 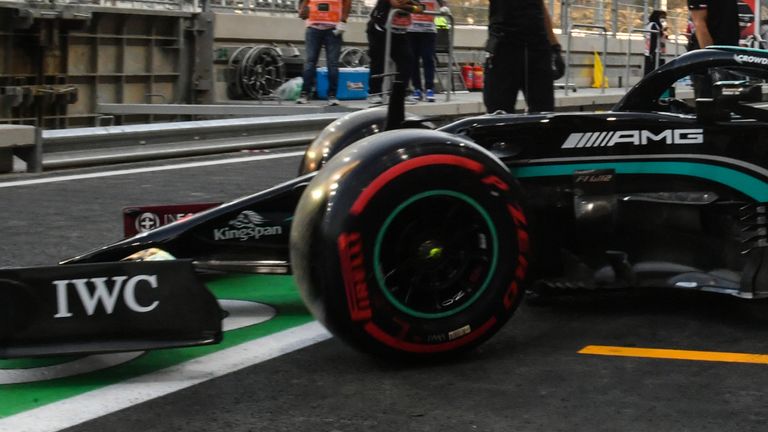 The deal had been met with condemnation from Grenfell United, a group that represents survivors and bereaved families, who labelled the relationship “truly shocking” and demanded it was severed.

In response to a letter to him from Grenfell United, Mercedes team boss and co-owner Toto Wolff apologised for the “additional hurt that this announcement has caused” and accepted an offer to meet with the group.

The partnership between Mercedes and Kingspan was also condemned by Michael Gove, the secretary of state for levelling up, housing and communities.

In their own statement issued on Wednesday, Kingspan said: “We are deeply aware of the sensitivities raised in recent days, and so we have jointly agreed that it’s not appropriate to move forward at the current point in time.

“Much has been written about this over the past few days, and out of consideration for our customers and all the great people who work for us, we believe we must respond.

“We understand that this is a complex topic, but there are some important facts that we would like to explain: 1. We did not make the exterior cladding on Grenfell Tower. The Inquiry itself has stated that “the principal reason” for rapid fire spread on Grenfell was the Polyethylene cored ACM cladding used on the exterior of the building.

“No facade system using this PE ACM cladding, regardless of the insulation used, would have passed the necessary large-scale system fire test. Our K15 insulation board was misused in this unsafe and non-compliant system.

“2. We did not supply or recommend K15 to Grenfell Tower. K15 made up approximately 5% of the insulation layer of the façade system. It was substituted without our knowledge. 3. We have completed new tests which support the previous fire safety claims of the three historical K15 large-scale system tests which came into question during the Inquiry process.

“We condemn in the strongest possible terms the wholly unacceptable historical conduct and emails which emerged throughout the course of the Inquiry discovery process. We have sincerely apologised for these actions by a small group of employees at our Kingspan Insulation UK business. This in no way reflects Kingspan’s culture or values.”