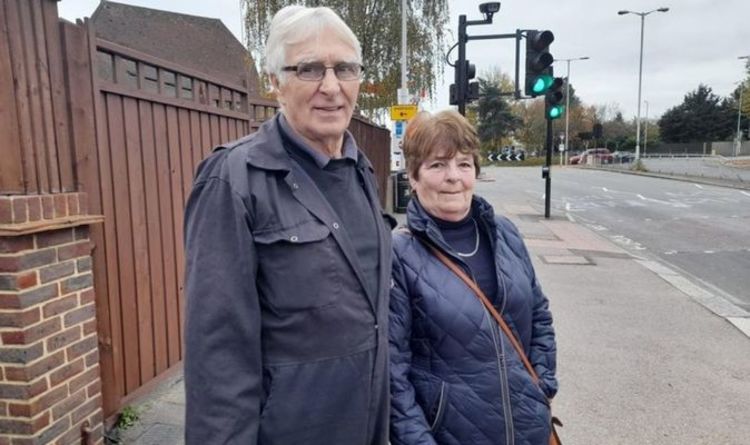 George Dowler, 72, and his wife Vera have been living in South East London for 32 years but had the misfortune of owning a house right on the edge of the ULEZ boundary. Initiated by London mayor Sadiq Khan, the Ultra Low Emission Zone (ULAZ) is supposed to reduce the level of pollution in the London area by fining the vehicles who do not meet ULEZ standards but wish to enter the zone anyway.

The Dowlers told MyLondon they had to buy new vehicles for “nearly £40,000” to adapt to the new rules.

Should they take their old car out of their driveway and take a left past the traffic lights near their home, they would later be charged £12.50.

Vera Dowler said the cameras perched on top of the traffic lights catch older vehicles right outside their home.

That’s why Mrs Dowler is now parking her older vehicle at her work’s garage.

“Who’s polluting the air more, me or him?”

A spokesperson for the Mayor of London said: “We know toxic air pollution in London leads to 4,000 premature deaths a year, stunts the growth of children’s lungs and worsens chronic illnesses, such as asthma.

“The bold action taken by Sadiq since he became Mayor has already led to a 94 percent reduction in the number of Londoners living in areas that exceed the legal limit for nitrogen dioxide (NO2) levels and the gap between the most and least deprived areas for exposure to nitrogen dioxide has narrowed by up to 50 percent.

“87 percent of cars seen travelling in the expanded zone already meet the standards and to help more Londoners switch to cleaner vehicles, Sadiq has invested £61 million in scrappage schemes, which have helped replace or retrofit more than 12,000 vehicles since 2019.”

“What is the difference between the air here and the air on the other side of the traffic lights?

“Also, I’ve been brought up around lorries and fumes, like thousands of other people. I’m 72 years of age, still fit as a fiddle. Surely it’s not the air, surely it’s the food that people eat. I just don’t get it all.

“I’ve got a perfectly good van that if they want to use it on the other side of that roundabout. There are another 10 years left in it and they can use it, and I can’t.”