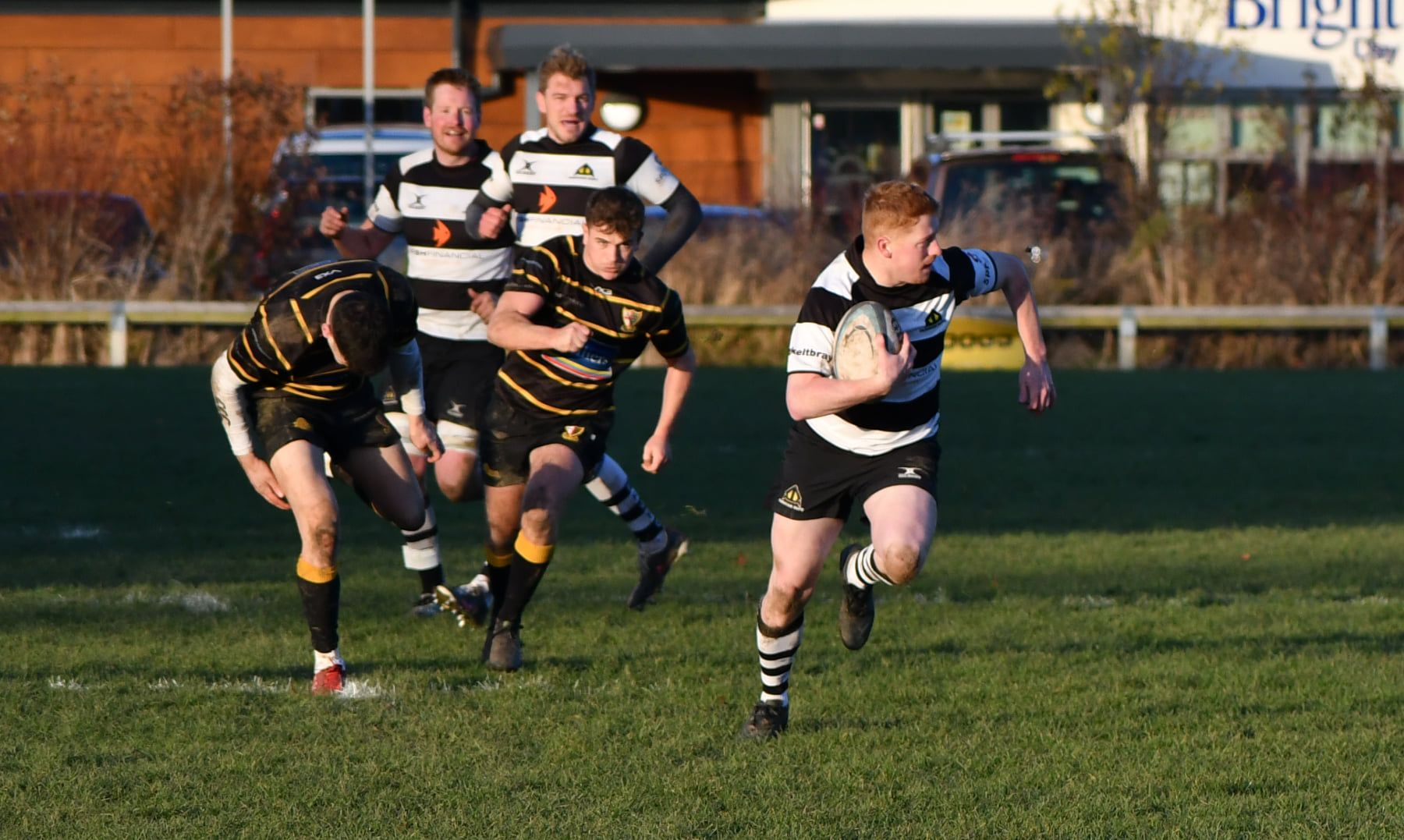 Toby Salmon scores his second of three after a sprint down the line. PHOTO: Julian Frost

Submitted for publication in the Aldershot News & Mail

Farnham overwhelmed London Cornish with record-breaking score as they claimed an 85-15 win.

After a quiet opening 15 minutes, prop Jules Joris burst into the Cornish 22, where the ball was quickly recycled and spun out to winger Sam Thomas.

He sped down the line and as the cover defence drew near, he slipped the ball inside to skipper Ollie Brown who dotted down under the posts for an easy conversion for Toby Salmon.

Cornish bounced back and got themselves on the scoreboard through a penalty, but Farnham soon went 14-3 ahead when Gabe Hills was held just short but quick ball from the ruck saw Salmon skip through to score the first of his three tries.

The first of Sam Thomas’ hat-trick came next. Quick ball off the top of a lineout saw Joris again on the charge and Thomas was released to sprint to the line for an unconverted try. 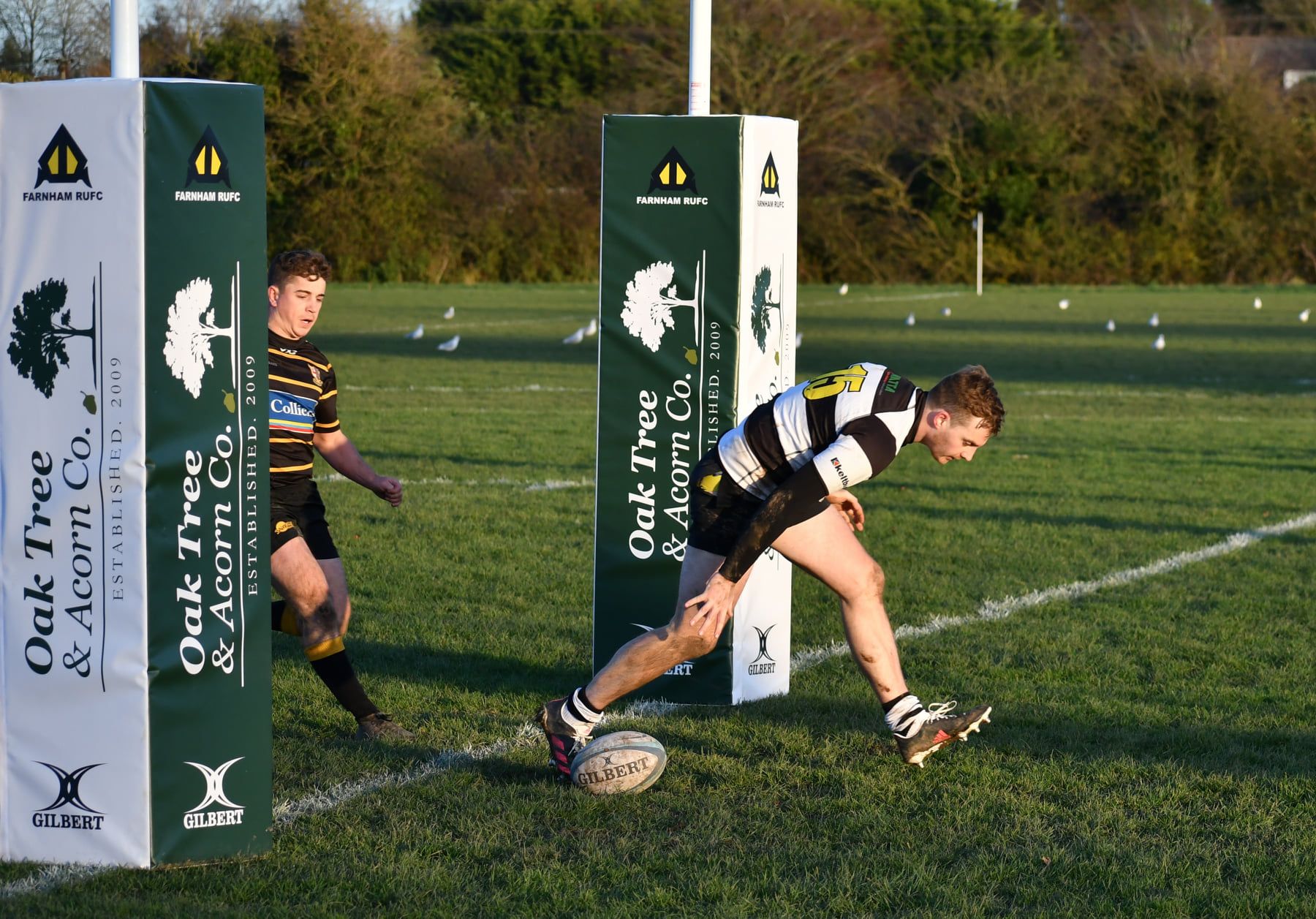 (L) Sam Thomas sets off to the line after intercepting the pass to score his third try. (R) Gabe Hills dots down for his third try. PHOTOS: Julian Frost

Cornish pushed back but the Farnham defence held strong, forced a knock-on and the ball was spun wide and Salmon raced almost the length of the pitch to cross unchallenged before he converted his own try.

Cornish were shoved off the ball at their own put-in to the scrum, and at the second time of asking Pete Daly powered over for the try.

Michael Salmon returned the Cornish restart, their kick back landed in Hills’ arms before he cut through the heart of the defence to go over under the posts.

Complacency may have crept into the side from Farnham, Surrey, as a clearance kick was charged down and Cornish seized the opportunity to score in the corner and cut their deficit to 38-10.

The game turned scrappy but the Farnham backs were still active and Toby Salmon went over for his second try.

Farnham reached their half-century as Cornish were unable to collect a box kick, Thomas hacked the ball on and fell on it under the posts for a fine individual score.

Cornish got their last try, and in their efforts to get further on the scoreboard made a pass that was intercepted by Thomas who raced in from the half-way line to go under the posts for his hat-trick.

That score deflated Cornish, as Ben Adams wrestled the ball from his visiting counterpart at their lineout and put Daly on the charge.

The ball was recycled from the ruck and a gap was created for Angus Butcher to go through and offload to Jamie Lowe to score.

A training ground move off the lineout saw Toby Salmon slice through the defence and release Hills for his second try at 71-15.

Reece Stennett then crossed the line after the Cornish scrum faltered, and Hills secured his hat-trick under the posts after a dart from scrum-half Ollie Brown for a final try at 85-15, the largest margin of points in the club’s history.

The result saw Farnham move above Horsham to 12th place in London One South. 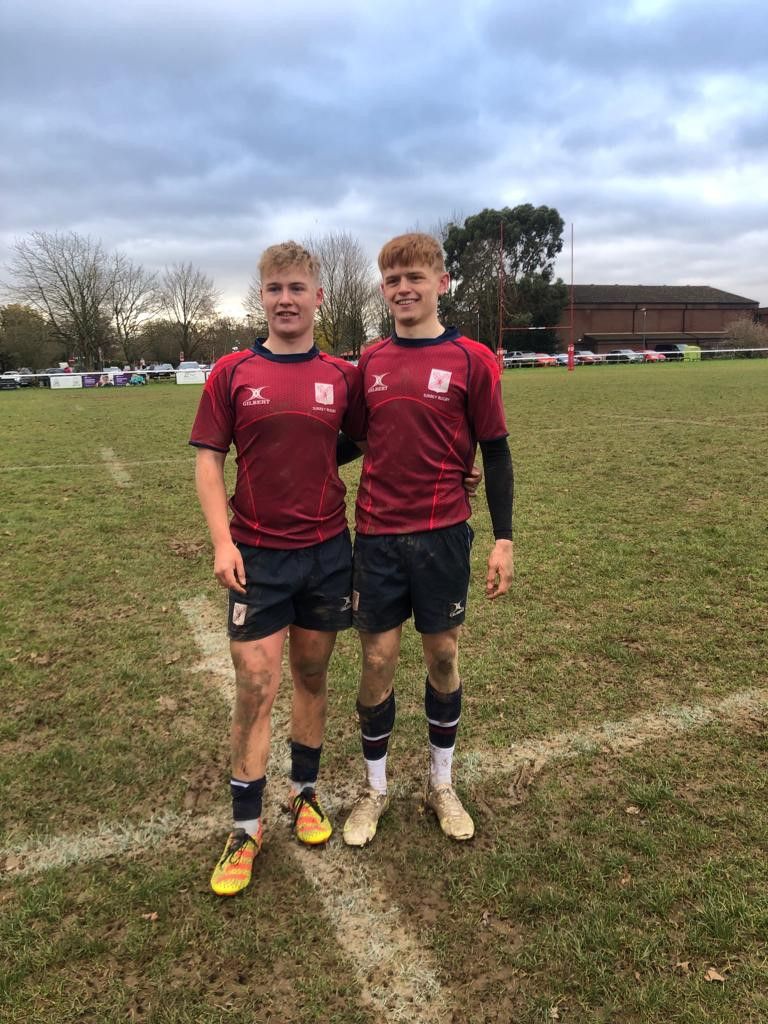 Despite this talent being away on county duty, the Farnham Academy (U17/U18) followed up the previous Sunday’s Surrey Cup success by coming back from 14-5 down at half-time to snatch a 17-14 victory over local rivals Camberley in the Hampshire Academy League.